Editor's Note: The Senate Committee on Health and Human Services postponed the bill indefinitely after returning from the pandemic shutdown.

A pandemic stole Alba Wilson-Axpe’s chance at the podium recently. But when the Colorado Legislature re-opens its doors to the public, odds are high the 14-year-old will be back to testify.

While COVID-19 has stopped much of the world in its tracks, the high school freshman from Greenwood Village still plans on telling lawmakers how colorectal cancer dominated her family’s last four years since her dad was diagnosed with the disease.

She’ll also tell them how colorectal cancer, generally viewed as an older-person's disease, last year took an 11-year-old girl’s life and has become the fastest growing cancer among women under 50.

“You simply have to re-draw the line,” the teen, who shared her testimony with CU Anschutz Today, will tell the lawmakers when she returns to advocate for House Bill 20-1103. The bill would lower the colorectal cancer screening age in the state from 50 to 45.

Wilson-Axpe’s plea stems not just from her devastation over her father’s case: Scott Wilson was diagnosed at 48 with Stage IV colorectal cancer. Her appeal is backed by data, including a 51% jump in colorectal cancers in patients under 50 since 1994.

“I think that lowering the age to start colorectal cancer screening from 50 to 45 is the single most important thing we can do today to decrease early onset colorectal cancer,” said Professor Emeritus Dennis Ahnen, MD, of the University of Colorado School of Medicine. 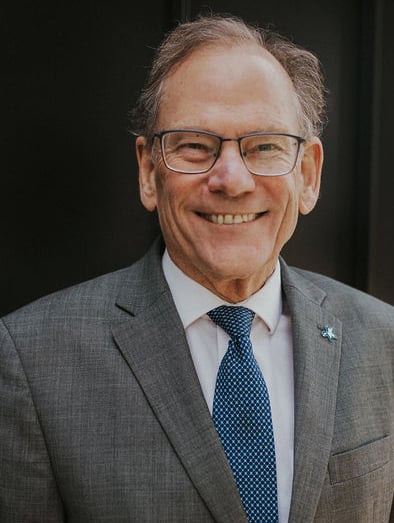 “The data suggest that it’s a better option for clinical outcomes,” Ahnen said of the lower screening age.

“Change has to happen,” said Wilson, a CU Anschutz patient and photographer who moved his family from the UK to Colorado and its “stunning landscapes” a year before his diagnosis. “Young people are dying,” he said.

Wilson, who works with Ahnen through the Colorado Cancer Coalition and will also testify with his daughter, noted that screening for colorectal cancer dropped the incidence and mortality rate of the disease by 40 percent in the 50-and-older population. “That’s all the evidence you need that screening works.”

Ahnen and Andrea (Andi) Dwyer of the CU Cancer Center and the Colorado School of Public Health, played significant roles in the American Cancer Society’s (ACS) lowering of its screening age recommendation to 45 in 2018.

“I noticed about five years ago that, anecdotally, we were seeing sharp increases in the number of people who were diagnosed under age 50,” said Dwyer, program director of the Colorado Cancer Screening Program (CCSP).

She delved deeper, finding meta-analyses showing the trending younger ages were not “just a blip” but a legitimate concern and eventually teamed up with Ahnen. Through their connections with Fight Colorectal Cancer, the two worked with the ACS, which was re-assessing its recommendation at the time, urging the use of the newer data in its modeling.

“The ACS was extremely collaborative and thorough in their process, examining rates and trends in specific subsets of the population, utilizing the most current data in their modeling efforts,” Dwyer said. “And, indeed, it did show that starting at age 45 was the optimal stage to start screening.” The bill asks that Colorado follow the ACS lead, and require insurance coverage for earlier screening.

An active colorectal cancer awareness advocate dealing with the disease himself, Scott Wilson poses with two who inspire him most: son, Andrew; and daughter, Alba.

Dwyer said an important second part of the bill would require preventive insurance coverage of follow-up colonoscopies for patients who choose less-invasive screening tests (such as fecal occult blood tests and DNA stool tests) that come back positive.

“We see so many patients who don’t follow up on the positive stool tests,” Dwyer said. “So we want to make sure they do so that, hopefully, it’s not a full-on late-stage diagnosis. Or, in some instances, we prevent colorectal cancer.”

With her dad’s diagnosis, Wilson-Axpe and her brother join the high-risk population, another group where better adherence could save lives, Ahnen said.

People who have a first-degree relative diagnosed with colorectal cancer under age 60 should start screening at age 40 or 10 years before the age of the relative’s diagnosis, whichever comes first. So Wilson-Axpe and her brother should begin screening at 38.

“Identifying people with a worrisome family history and screening them earlier could have a big impact,” Ahnen said. “But we’ve been trying to do that for a long time without much success,” he added, noting that both patients and doctors often don’t pay close enough attention to cancer family history.

Highly treatable when detected early, colorectal cancer also can be prevented through screening by eliminating polyps before they turn cancerous. 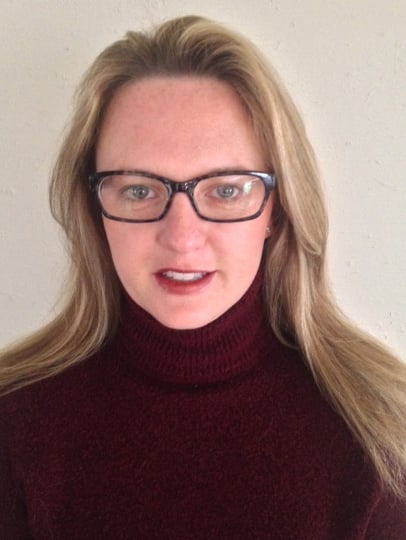 Too late for him, patient fights for future

Blood in his stool, often overlooked in younger ages by both patients and doctors blaming hemorrhoids, tipped Wilson off. After waking up from a colonoscopy to the news of a mass that had metastasized to the liver, Wilson’s life drastically changed.

“I had a colon resection to kick things off. That removed a foot of my colon. Then I had 40 weeks of chemotherapy,” said Wilson, who is grateful for the advanced cancer treatment available today but wants people to know the importance of early detection.

The five-year survival rate for early-stage colorectal cancer hovers around 90%. The rate drops to 10% at Stage IV.

Wilson, who responded to an immunotherapy drug, was eventually able to undergo a liver ablation with Matthew Brown, MD, and a resection with Richard Schulick, MD, of the CU Cancer Center. He has been in remission for 30 months.

“Cancer is life changing,” Wilson said. “I wake up pretty much with a daily fear of recurrence. I don’t know when that will end, or if it will end. Every three months, I have days of terror waiting for the results from my CT scans or PET scans. So the ongoing backdrop to your life is that you have cancer.”

And the last thing he wants is for his kids to go through his experience.

Wilson said, although he finds it “mentally unhealthy” to ponder the what-if question, of course he wishes he had been screened at 45. “It would have meant that we would be having an entirely different conversation. But my mission now is: How do we help people avoid that same situation? And I want to make damn sure that my kids never, ever have to deal with this.”

March is National Colorectal Cancer Awareness Month. With an increase in diagnoses in people under 50 since 1994, experts say, regardless of age, do not ignore signs and symptoms: