The adverse impacts to human health from global warming are undeniable and on track to worsen, without significant interventions, in the coming decades. 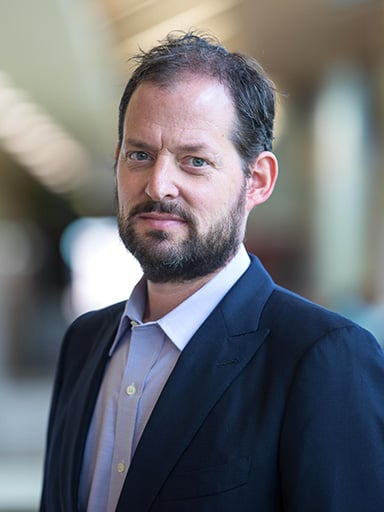 This is the view of Jay Lemery, MD, associate professor of medicine in the CU School of Medicine, and the wider scientific community. Lemery co-authored a recently published book, “Enviromedics: The Impact of Climate Change on Human Health” with Paul Auerbach, MD, professor of emergency medicine at Stanford University School of Medicine.

Lemery, who is also section chief of the Wilderness and Environmental Medicine Section in the SOM’s Department of Emergency Medicine, has a strong interest in the interplay of the environment and human health.

Asked why he and Auerbach wrote the book, Lemery said, “It’s clear there’s been a conspicuous absence of physicians and health care providers engaging in the dialogue on climate change and its impact on human health. We also felt the science was being politicized and risk assessments for most Americans were skewed. So we wanted to take a step back and weigh in from the physicians’ point of view, essentially saying, ‘We know sickness – this is what we do every day,’ and point to what we see coming down the pike.”

The book takes the reader to the bedside, providing vignettes of the sicknesses physicians are seeing across the globe. The book’s message is clear: Climate change is and will be a driver to make these health problems worse.

Lemery chatted with Today about “Enviromedics” and the dire prognosis for the planet and its inhabitants if climate change continues unchecked.

Today: What are the effects of climate when it comes to human biology? What are physicians seeing in that regard?

‘We know this is coming’

Today: Someone may say, “Even though you’re a scientist, you’re not a climatologist, you’re not a meteorologist. Why should we listen to you on the subject of climate change?” If someone were to say that to you, what would be your response? 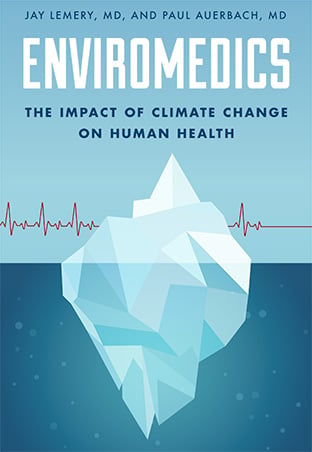 Jay Lemery, MD, associate professor of medicine in the CU School of Medicine, co-authored "Eviromedics: The Impact of Climate Change on Human Health."

Lemery: That’s exactly right. It’s time that we as physicians, as health care providers, as the people who deal with injury and sickness and even death, step forward and say, ‘This is the same thing. What we’re seeing and what we can anticipate as drivers of morbidity and mortality, we know this is coming.’ So it’s important to hear it from your doctor, from those of us who wear the metaphorical white coat, and say, ‘This is a big deal.’ We’ve spent a lot of time delivering altruistic-oriented messages – ‘Save the whales’ or ‘Love mother Earth’ – or abstract messages – like ‘There’s 400 parts per million of carbon dioxide in the atmosphere’ – but I don’t think those messages have worked.

We need to bring it back to a simple message: This is about the health of your parents, your kids’ risk of asthma and other health issues that affect the people you love. This comes down to the very basic health issues of humanity – and if that’s not a fulcrum for change, I’m not sure what is. That’s why we wrote the book.

Today: Where does the science stand on the direct link to these kinds of health issues right now?

Lemery: The science is pretty clear, and frankly no one is really debating this anymore: Human-caused climate change is driving a lot of these health issues. Now, some of them are direct, but many more are indirect. So, where public health was tenuous as first, force multipliers are making the situation worse. I think it’s important to understand that the data is clear, and the people who spend their careers studying this across all spectrums of environmental earth science have been saying the same thing: This is real; the change is real; and the historical record has never shown anything near this. It’s beyond historical fluctuations.

‘Trajectories going up across all metrics’

Today: Will climate change affect people in the next five or 10 years, or the next 50 years? How fast will these effects get worse?

Lemery: We’re seeing the effects now. This summer has seen some of the strongest storms on record in the Atlantic basin. In the last few years, we’ve seen absolutely the most extreme storms on record. We know that the heat waves we’re seeing now are all beyond historical precedent. The majority of the warmest years on record have been in the last 10 to 20 years. Meanwhile, the Arctic sea ice is at its lowest point on average than has ever been recorded.

The fact that these effects are cumulative is very worrisome. We know that the data tell us that if we stop producing carbon now, it will be a long, long time before the Earth equalizes. And of course we’re not stopping carbon production, so I think the trends we’re seeing are going to worsen and last centuries into the future. To what degree will be the trajectory? I think that’s being postulated as varied, but, unfortunately, the trajectories are going up across all metrics.