The skills that Ryan Gupta, MD, learned during his master of business administration (MBA) studies aren’t necessarily the skills usually associated with vascular surgery: how to understand financial statements, how to conduct market research, how to make difficult decisions about resource allocation.

However, the more he learned and the further he delved into his MBA education, especially as he studied the impact of technology across several industries, “I began starting to think about what we can do in health care,” Gupta explained. “I started thinking about some of the technologies we can bring over into health care, because they’re some things that can decrease costs and increase quality of care.”

Gupta, currently a vascular surgery resident in the University of Colorado (CU) Department of Surgery used a significant portion of the two years allotted for research and continuing education in the middle of his surgical residency to pursue an MBA at CU Denver. He graduated in the summer of 2021.

The experience helped him to gain a clearer picture of how he can contribute to health care outside of the clinic or operating room.

Seeing change at a community-wide level

Growing up in New Orleans, the son of an engineer and an IT professional, Gupta nurtured the idea of becoming a doctor. However, he also had many interests outside of medicine and studied political science and journalism as an undergraduate at Rice University in Houston. He even served as editor of The Rice Thresher, the university’s student newspaper. 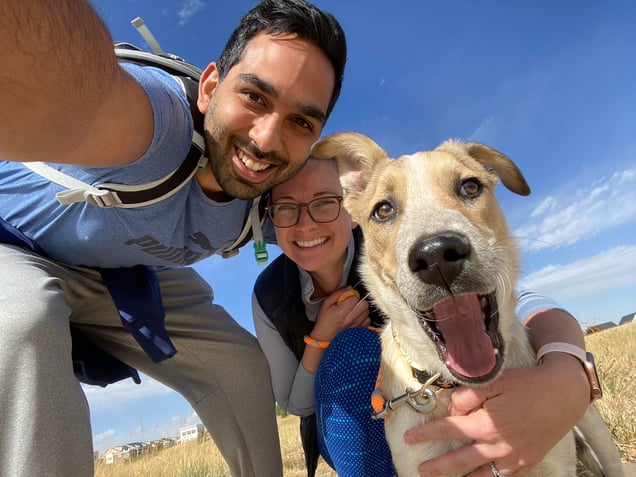 Ryan Gupta, MD, with his wife and dog

As a medical student at the University of California, Irvine, he led the American Medical Association (AMA) student chapter. During his second year, in 2014, he and other students involved in the AMA lobbied lawmakers regarding California Proposition 46, which would have increased the state's cap on non-economic damages that can be assessed in medical negligence lawsuits to over $1 million from the existing cap of $250,000. The proposition was defeated by a wide margin.

“That was a really eye-opening experience for me,” Gupta says. “It was exciting to see the scale of change at the legislative level and be able to say I’m not just making a difference for one patient at a time, but doing something that is going to affect the whole community.”

When it came time to pursue educational opportunities during his general surgery residency, Gupta considered not only his experiences working for broader legislative change, but his longstanding interests in entrepreneurship and personal finance, especially as they relate to doctors. An MBA was the right fit.

Learning from leaders in other fields

Beyond the tangible skills he learned through his MBA studies, Gupta says he learned a tremendous amount from the other members of his cohort.

“That was easily my favorite part, meeting people who are leaders in their fields, in their industries that aren’t health care focused,” he explains. “I was getting to meet people from every industry, comparing notes on their thought processes, learning what’s different about other industries in terms of regulatory and financial concerns. I was coming from health care and comparing and contrasting my field to aviation, to automotive manufacturing, looking at quality processes, looking at how teams are run, how technology is utilized.”

For his capstone project, he and a team of cohorts conducted a market analysis of the standalone clinic that the Division of Vascular Surgery opened in February 2021 on the CU Anschutz Medical Campus. They studied the clinic’s marketing and financials, transitioning into a consulting role with clinic leadership and making marketing and advertising recommendations.

The education he gained during his MBA studies allowed him to view many significant issues affecting health care from a high level, and then dive to the ground level where decision and policies are put into practice.

Focusing on health care amid the bigger picture

Though he’s several years from finishing his residency, Gupta says the tools he gained during his MBA have helped him envision a career that includes a busy surgical practice and roles in healthcare leadership and entrepreneurship. 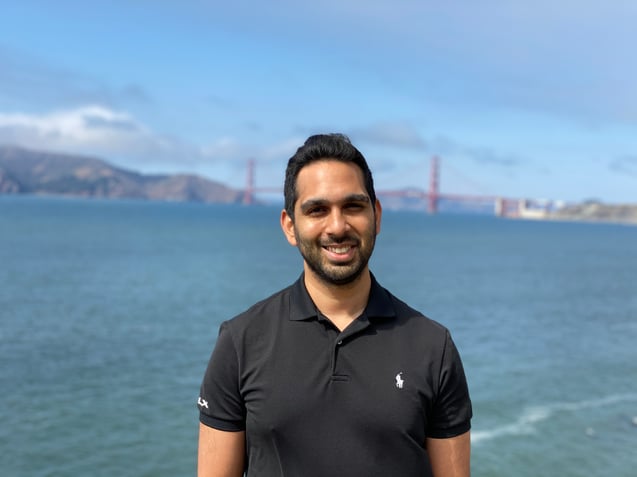 Balancing both medicine and business in his education has allowed him to maintain a perspective that extends beyond health care, seeing how it fits into the bigger picture of all industries that make up an economy “and what my role can be in supporting positive change,” Gupta says.