This National Donor Day, we feature donor and veteran Joel Doebele, who altruistically donated his liver to a complete stranger.

Service members join the military with a passion to serve, and that passion remains long after they have fulfilled their formal commitments. Upon their departure from military service, many veterans remain committed to serving others. Their military experience often inspires them to become active in their communities at home.

This rings very true for Joel Doebele. As a member of the U.S. Navy, he was prepared to lay down his life to protect millions of Americans he would never meet. When he had the chance to donate part of his liver to a stranger in need, Doebele called upon that same spirit of service.

While Doebele was in the Navy, he trained other service members to handle complex nuclear-powered submarines and aircrafts. He was based near Charleston, South Carolina, and remained there for the entire four years of his service.

After fulfilling his commitment, Doebele moved to Grand Junction, Colorado. On New Year’s Eve in 2017, he attended the Sunday morning service at the Downtown Vineyard Church. During the service, pastor Paul Watson announced a blood drive for Jeremy Jolley, a member of the congregation who was battling primary sclerosing cholangitis (PSC), a disease of the bile ducts that can lead to liver failure and cancer. Not only did Jolley need blood donations, Watson told the congregation, but he was in search of a liver donor as well. Anyone with O-positive or O-negative blood was eligible to see if they were a compatible donor.

Doebele knew his blood type was O-positive, and while he was being baptized that same day, he envisioned the donation happening. At that moment, he felt a strong desire to drive to Denver to see if he could be an acceptable donor.

“I didn’t even have to think about it,” Doebele says. “This is an area where I can serve and be of assistance to somebody. I immediately decided to get myself tested. The CU transplant team where Jolley was listed for a living donor transplant said that I was a perfect match, so that was great.”

The gift of a living donor

Doebele knew little about living liver donation before starting the process to donate part of his own liver. He had only heard about people donating organs after death and had no idea that a living adult can donate 40% to 60% of their healthy liver, and that the liver completely regenerates after donation.

With a living liver donation, surgeons take part of the liver from a healthy adult and place it into a patient with end stage liver failure. Most living donors can enjoy a normal life after the surgery. CU has one of the largest living donor programs in the country, and the CU Transplant Center has performed over 1,000 living donor surgeries. Living donation is a great alternative for the thousands of patients waiting for a deceased organ donor. This gives the patients the opportunity to get off the waitlist and get a second chance at life.

Jolley was 44 and had been battling PSC for nearly seven years when he received the news from his team of doctors that he was approved to proceed with a living donor liver transplant. PSC is an extremely serious disease, and in Jolley’s case, it had reached a point where his liver started to fail.

Jolley’s brother and family all tested to donate part of their liver, but unfortunately, they were all ruled out. When Jolley’s pastor spoke at the New Year’s Eve service, 18 people stepped forward and got tested to donate their liver. Seventeen of them were deemed not to be optimal donors for Jolley, but one remained. That was Doebele.

“I missed the most important call of my life, but Joel left a voicemail saying that he’s a perfect match,” Jolley says. “I still have that voicemail saved.”

On April 19, 2018, after Doebele completed all the testing required for transplantation, the surgery took place on the Anschutz Medical Campus. The miracle that Jolley had hoped for came true. The surgery was a success, and now Jolley shares a portion of Doebele’s liver, which has given him a new life.

James Pomposelli, MD, PhD, professor and surgical director of liver transplant in the Division of Transplant Surgery, performed Jolley’s transplant. “In a living donor surgery, we take only a part of the liver, unlike the entire liver from a deceased donor,” Pomposelli explains. “If you think of the liver as a tree, in a living donation surgery, we take half of the liver from the donor and need to leave the trunk and the other half in the recipient. The advantage of the living donor surgery is that it’s scheduleable and the liver is out of the body for a much shorter time, so patients tend to do better compared to a deceased donation. About 15% of the patients die on the waitlist, so a living donation is an excellent option for these patients. With living donors, we get to the recipient quicker, they don’t have to wait anymore, and the outcomes are excellent.”

Recovery for both Doebele and Jolley went smoothly post-operation. Jolley was feeling better and in good spirits after a couple of weeks.

“The transplant went really well; the doctors and their team were great,” says Jolley. “They explained everything in detail. I only had one complication after, but overall, it went all very smoothly.”

As for Doebele, he was out of the hospital after a week, and his liver completely regenerated in about a month.

“My experience with all of the staff at the transplant center — the doctors, nurses, and others — was all great,” Doebele says. “It was clear to me that I would be in good hands, so I had no second thoughts about anything. They had built up high expectations before the surgery and hospital stay, and I think they lived up to those high expectations.”

A value of selflessness

After the procedure, Jolley and Doebele have remained close friends and will be connected for the rest of their lives.

"Joel is an inspiration to my family, and what he did for me was nothing short of a miracle,” Jolley says. “It was almost a perfect stranger who stepped up and took two months out of his life to do this transplant. Something like this doesn’t happen often. Joel and his wife, Erin, are amazing people, and they changed my life and made me healthier. They also gave me more time with my family. Words can’t the express gratitude I have for them.”

Doebele’s passion for service continues to this day. He volunteers at a correctional facility in Grand Junction, helping youth in the community get back onto the right track in their lives. He hopes his story inspires others to join the living donor list.

“After sacrificing so much for our country, it is remarkable to meet a veteran like Joel who is still giving so much to others,” Jackson says. “There is clearly a value of selflessness that is apparent when we’re meeting with our veterans.”

Pomposelli adds to that sentiment: “On the news every night, we see the worst of humanity. But people like Joel, who altruistically donate, show us the very best of humanity.”

Living donors give the ultimate gift of life. If you are interested in giving the gift of life or learning more about living donation, please visit: https://www.uchealth.org/services/transplant-services/living-donation. 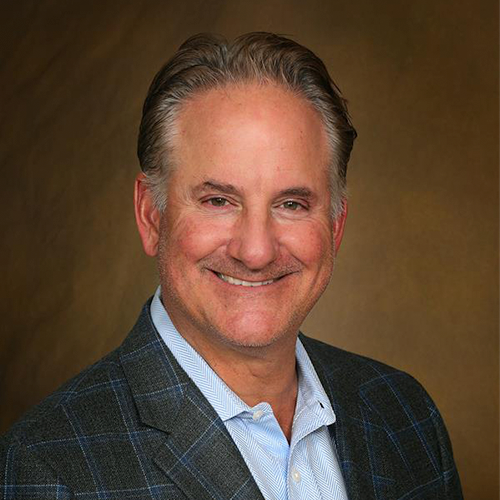