Ideas and innovation don’t always co-exist with convenience. On the CU Anschutz Medical Campus, the road to a novel mask design to address the first wave of the COVID-19 pandemic took some unexpected twists and turns.

It wound from prototype hand-offs on front porches and at food trucks to 3D printers set up in basements and bedrooms and countless hours of Zoom meetings.

The road to this mask – created through a partnership among Ethan Cumbler, MD, director of quality in the Department of Surgery, members of the CU Inworks innovation and design team, campus and community stakeholders, and the UCHealth 3D Print Task Force led by Elizabeth Harry, MD, associate professor of hospital medicine – began in “the dark days at the beginning of the first wave of the COVID pandemic, when there was an incredible amount of uncertainty,” Cumbler says. The collaboration led not only to a novel filtered mask design that hospitals and health care institutions can deploy if personal protective equipment (PPE) shortages happen again, but it demonstrated what can be accomplished with multidisciplinary collaboration, adaptability, and strong community partnerships. A paper detailing the team’s processes and lessons learned was recently published in the American Journal of Infection Control.

“It was a sense of community that I’ve never experienced before,” Cumbler says. “It was gratifying to feel this army of supporters behind us, and it was an example of something that an academic center was uniquely poised to do because we have these cross-campus partnerships and a tremendous amount of expertise.”

The journey to a mask design began when the first reports of a novel coronavirus made news in December 2019. It began pinging on the radar of not only Cumbler and most health care providers, but members of the design and engineering team at Inworks, an innovation initiative on the CU Denver and Anschutz Medical campuses that has a longstanding design and engineering partnership with the CU School of Medicine.

As the number of infections began to grow worldwide and in the United States, “there was an incredible amount of uncertainty,” Cumbler recalls. “We weren’t sure how the virus was spreading. We were unsure of how to protect health care workers or anyone from transmission. It was a time of real fear about the ability of the health care system to rise to the occasion and take care of the patients who were becoming ill.”

“Almost from the beginning, we were working with hospitals and health care providers who were seeing shortages of face shields and other PPE,” explains Monika Wittig, assistant professor in the CU Denver College of Engineering, Design and Computing and associate director of Inworks. “We weren’t the only ones doing this — teams all over the world were doing similar work —but things were happening so fast that there wasn't time to establish rapport and work collaboratively with parallel efforts, without slowing down our immediate pursuits."

Wittig adds that pausing a day was the equivalent of a week in relation to scheduling fabrication or manufacturing, where lead times were a huge constraint.

The Inworks designers and engineers, who also contributed to the statewide Make4COVID initiative, began prototyping face shields and other PPE at the same time that Cumbler was seeing a huge need in hospitals for reusable masks that could withstand the rigors of 12-hour shifts and constant use. That’s where Jonathan Radin, director of clinical strategy and program development in the Department of Surgery, came in.

“My role is predominantly a facilitator, so I just bring the right people together and I ensure that things keep moving in the right direction,” Radin says. “Dr. Cumbler approached me and said, ‘Hey, who were the design innovation team that presented at the Department of Surgery faculty meeting? Because we have some things we want to work on.’ So I was able to make the introduction between Ethan and Monika and the Inworks team.”

Motivated by a shared sense of purpose, the team leaped into the mask design project and helped it move forward quickly. The first prototype was 3D printed from an opensource design and made of hard plastic, “which was a good start but creates pressure injuries on the face pretty quickly,” Cumbler says. “It was just too painful to wear for long periods.”

The team members quickly realized they would need to go a different route and consider other materials. They began working with molded silicone and considering a design initiated by Schuyler Livingston, an industrial designer connected with Inworks, that would not only be wearable for long shifts, but easy for health care workers to disassemble and clean.

Cumbler served as the test subject for each prototype, putting it through the rigors of use and noting not only how it would work for a health care provider, but seeing it from a patient’s perspective.

“We tend to treat these things like our baby and are really gentle, so we’d hand off a prototype and it seemed like Ethan would find a way to break it almost immediately,” Inworks research associate Nicholas Jacobson recalls with a laugh. “But that was exactly what we needed because that was the level of use the mask would be getting.”

Wittig says the Inworks design team regarded Cumbler as a co-designer, since he brought vital perspective on not just wearability, breathability, and other practical considerations, but also insight into how the mask might be seen by patients. For example, on one prototype the plate that holds the mask filter in place was made of a black plastic. Cumbler noted that it looked like a hazardous materials icon, which could be alarming for patients to see.

With the Inworks team working almost entirely remotely and Cumbler working in the hospital, the project required nimbleness and adaptability, says Hayden McClain, Inworks design engineer – from 3D printers set up in bedrooms and boxes of supplies stacked in basements, to concept filters cut with scissors from vacuum cleaner bags and prototype hand-offs at locations across Denver, including a nearby food truck.

“Clinician feedback was amazing,” Jacobson says. “I think Ethan, when we’d give him a prototype, would run stairs in his home to see how he could breathe with it and whether there were any breaks in the seal. He was doing code blue drills at home to see how it worked if you’re performing CPR. I think one time he used a screen from one of his windows to show how we could use it to hold the filter in place. If (the mask) fogged up, he’d FaceTime you right then and say, ‘Look, this is what’s happening.’”

Cumbler also served as the subject for tests in which, while he was wearing a mask prototype and moon suit hood, a bitter-tasting, aerosolized material was sprayed into the hood. If the silicone mask’s seal had any breaks, he could taste them, “and I can tell you from personal experience you don’t want to do this before lunch,” he says.

Designing and prototyping the mask was not just a Herculean effort between campus and hospital faculty and staff, but between community partners and businesses, Wittig says. Local design and manufacturing businesses offered printing and production services as well as materials, often at reduced cost or with expedited lead times.

“It was amazing to feel like the whole community was behind what we were doing and were saying that whatever they could do, they wanted to help,” Cumbler says. This included everything from Link Product Design offering industrial design support to Otterbox volunteering to 3D print the mask’s chassis with donated materials from Stratasys to Baron High Tech Precision Manufacturing fast-tracking the delivery of sheet metal parts.

The local support was especially important when supply chains were interrupted, Treat says. For example, the team sourced a manufacturer based in California who did their production in China. They were able to get 350 sample masks made and shipped to the United States before that supply chain was interrupted.

The learning process about things like manufacturing, materials, and supply chains was important, Cumbler says, so that a certain adaptability and responsiveness could be built into the production process for future needs.

Though current hospital PPE supply levels don’t require the team to deliver masks from the final design, the process of collaborating on it has established important relationships and capacity-building protocols. Working not just as a design and testing team, but within the incident command center (ICC) at UCHealth and with community partners has helped establish a network of support and innovation, Cumbler says.

“I don’t know that it would have been possible to do this at the speed that it eventually happened without the incident command center, that central point of contact, to resolve barriers,” Cumbler says. “The ICC was where we would go to talk to the person who knows where the supply of back-up N95 filters is. It’s where we could go to be connected to the head of infection control. It’s where we connected with the person who pointed out you could put your thumb through an early version’s filter.”

Perhaps most importantly, Cumbler says, the process of designing and producing the novel mask demonstrated that a multidisciplinary approach to innovation, one that circumvents traditional silos and draws on community expertise and relationships, can help meet significant needs. 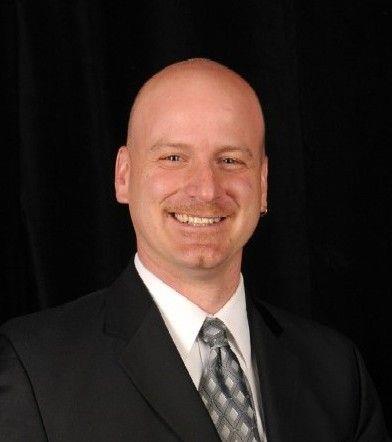