Edward Jones, MD, MS, an associate professor of surgery at the University of Colorado School of Medicine, is a nationally recognized expert on preventing operating room (OR) fires. He has published multiple articles on the subject and annually lectures with the Fundamental of Surgical Energy (FUSE) curriculum at the Society of American Gastrointestinal and Endoscopic Surgeons meeting, which was held virtually in 2020 due to the COVID-19 pandemic. 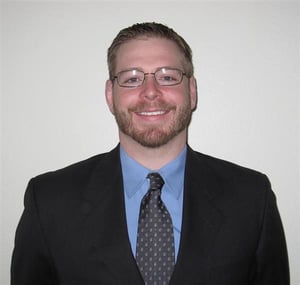 Jones, who also is director of surgical endoscopy at the Rocky Mountain Regional VA Medical Center in Aurora, Colorado, says OR fires result from combining three ingredients: an oxidizer, most commonly supplemental oxygen; a fuel, most often alcohol-based prep; and a spark, which is typically caused by the “Bovie,” an energy device surgeons use for cutting and coagulating tissue.

“To cut tissue, you can use a scalpel or an energy device,” Jones says. “With a Bovie, the energy jumps from the metal tip and into the tissue. Any spark can ignite alcohol vapors and start a fire with potentially devastating results. It is important for surgeons to consider what they can do to reduce the risk of a fire, especially in high-risk situations such as surgery above the xiphoid or when using an open oxygen source such as a mask or nasal cannula.”

Jones, who was recently featured in the General Surgery News, is part of the Fundamental Use of Surgical Energy (FUSE) program which is designed to educate surgeons and staff about the safe use of surgical energy-based devices in the OR. He answered a few questions about OR fires.

From a fire-prevention standpoint, what is particularly worrisome about the use of supplemental oxygen in the OR?

Once you raise the local oxygen content above 30%, things that aren’t normally flammable — a lot of the items in the OR; surgical gowns, drapes, blue towels, etc. — these things become flammable. The biggest risk for an OR fire is when you have an open oxygen source. Most often, it is monitored anesthesia care (MAC) with a mask or a nasal canula; because the oxygen is not just going into the patient, it’s collecting in the area around the head and neck. An endotracheal tube isn’t 100% protective either, but unless the cuff is down, the majority of the oxygen is delivered to the lungs and doesn’t leak out. In contrast to open oxygen delivery using a face mask or nasal canula, that oxygen can pool and make things more flammable. This has been demonstrated in numerous studies; for example, a recent analysis of closed claims demonstrated that 85% of OR fires were in the head and neck region, and more than 80% had used monitored anesthesia care — a mask, not a controlled airway — to provide supplemental oxygen.

How bad can the effects of an OR fire be?

They can be devastating. And they can happen in an instant. There may be no sound, or a sudden flash and, even when it’s put out quickly, the patient can suffer third-degree burns to exposed skin and tissue. Patients have died from OR fires, especially those that involve the airway. The injuries are not only devastating to the patient, but they affect the surgeon, the staff, and often, the entire hospital system.

What is the best way to prevent these fires from happening?

Fortunately, almost all surgical teams will do a fire-risk assessment as part of the time-out. During the time-out, we can discuss whether it is a high-risk case. Are we operating in the head and neck? Is there going to be an open oxygen source? Are we going to be using an energy device, laser, or some other instrument that could possibly ignite it? And if this is a high-risk surgery, then we discuss the steps we can take to mitigate the risk, such as avoiding energy devices, utilizing an endotracheal tube, etc. For high-risk procedures, the pre-surgery conversation is far and away the most important thing the surgical team can do. It makes sure that anesthesia, the nurses, the techs and the surgeon are all on the same page and likely takes the risk of an OR fire to near zero.

Are there specific things you can do during the surgery to minimize the risk of fire?

A simple option is to avoid alcohol-based prep and instead use plain chlorhexidine, iodine or another non-alcohol-based prep. There continues to be data that non-alcohol prep is just as effective at reducing surgical-site infections as alcohol-based prep. But it’s hard to break from tradition. The other thing the surgeon can do is have a conversation with anesthesia and say, “Hey, I’m going to use the energy device now. Can you turn down the supplemental oxygen?” If they can dial it down to room air, the risk of a fire is much, much lower.

What should a surgery team do if a fire does occur?

We try to keep it simple. Stop the flow of airway gases; so if you’re using supplemental oxygen, you turn that off. If they have a breathing tube, you turn the oxygen off, then you remove the breathing tube if there is concern for a fire in the airway. Pull the drapes and extinguish the fire — usually there’s some fluid on the field that you can use or just “pat” the fire out. Then care for the patient — restore breathing access and manage the injuries. This all happens in a matter of seconds and warrants coordination from anesthesia (stop the gas), the surgeon (put out the fire) and the nurses and techs (remove drapes and extinguish any remaining fire). It is exceedingly rare to have like a fire that requires you to pull a fire alarm. But it takes only an instant for a fire to happen and to cause devastating effects to a patient, the OR team and the surgeon, so we must remain vigilant.