When they realized their number of patients with urinary tract infections caused by urinary catheters was tracking above the national average, urologic oncologist Janet Kukreja, MD, and Shannon Bortolotto, APRN, clinical nurse specialist at UCHealth University of Colorado Hospital, knew they had to take action.

The pair pioneered a perioperative quality improvement project to look at how — and when — urinary catheters were placed and removed, even considering whether catheters are needed for some operations. As UTIs can be deadly, especially for older patients, it was an important issue to address.

“It’s a new way of thinking about catheters and realizing that they really have more potential causes of harm than we probably recognized for a really long time,” Kukreja says. “Sometimes they’re absolutely needed, but we wanted to transform the thought process about who actually needs them, and for what reasons.”

The new protocol, which began in July 2020, calls for no urinary catheters in operations lasting four hours or less, unless required by the surgeon. The new pre-surgery routine includes a step where patients are asked to empty their bladder. Catheters also are now formally screened for removal in the operating room immediately after surgery, rather than remaining in the patient for hours or days afterward.

“That was a real culture change,” Bortolotto says. “Previously, the lines were kept in for the ease of the patient — so they could recover and not have to worry about getting up to go to the bathroom. But the downstream effect of indwelling catheters is that patients can have problems with retaining urine upon removal. It’s not natural for the bladder to be continually drained with a catheter removing the sensation when full that you need to ‘go.’ We were actually potentiating the problem of retention by not mindfully and quickly removing the catheters and getting natural processes back up to speed as quickly as possible.”

Kukreja and Bortolotto say surgeons across the board were eager to implement the new protocol and help reduce CAUTI (catheter-associated urinary tract infections) throughout the department.

“We had to get out of the habit of placing them just because that’s what we’ve always done,” Bortolotto says. “Then circling back with the surgeons and showing them successful adapters, and that it can be done, was really key. Dr. Kukreja approached it in a spirit of celebrating success, as opposed to saying, ‘You’re not doing what we’d like you to do.’ I think that was really helpful to her colleagues.”

In the 18 months since the new catheter protocol was implemented, the CU Department of Surgery at UCH has contributed to the hospital’s return to the top 25% of institutions in preventing CAUTI, dropping from 12 to 15 cases per month to an average of just two or three.

“The Department of Surgery sees this as a chance to improve outcomes through intelligent design,” says Ethan Cumbler, MD, director of quality in the Department of Surgery. “It represents an exceptional example of collaborative improvement with our surgeons and nursing leading together to create the practice environment that keeps patients safe. It is work for which both disciplines can be proud.”

The goal now, Kukreja stated, is to be among the top 10 institutions in the country for preventing CAUTI. She says that requires a bit of a pivot to focus on the patients who are still getting infections.

“Now that we’ve implemented this system, the patients who are getting UTIs are really patients that have a long duration of catheter — a lot of those critical-care patients who have catheters in for 50-plus days,” she says. “We are going to target patients with spinal cord injuries, neurologic patients, and try to find alternatives to indwelling urinary catheter to try and reduce those numbers even further — and also to reduce long-term urologic complications from having urethral catheters.” 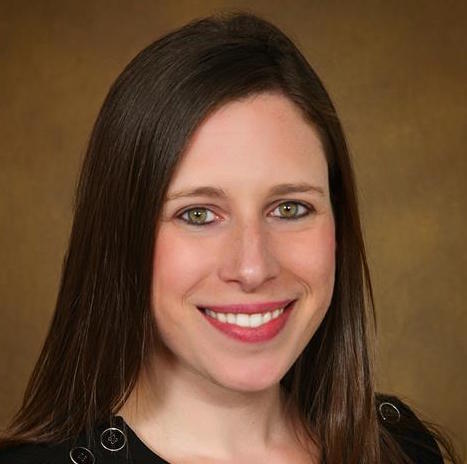