In 2016, the Centers for Disease Control and Prevention (CDC) issued the Guideline for Prescribing Opioids for Chronic Pain, a resource for primary care clinicians who prescribe opioids for chronic pain outside of active cancer treatment, palliative care, and end-of-life care.

Included in the 2016 guideline was the stated intent to reevaluate the guideline as new evidence became available and to determine when sufficient new evidence might prompt an update. The public comment period ended April 11 and a new guideline is expected to be released by the end of 2022

These issues have presented significant challenges for physicians and other health care providers as they seek to manage pain for patients and give the best quality of care.

Matthew Iorio, MD, associate professor of plastic and reconstructive surgery in the University of Colorado (CU) Department of Surgery, has conducted significant research on opioid reduction strategies and therapies for chronic phantom and extremity pain.

We recently spoke with Iorio about the challenges of pain management in light of the ongoing opioid crisis and the CDC’s call for public comment in revising the prescribing guidelines.

As a surgeon, you work with patients who experience or have significant potential for short-term and chronic pain. How does that inform the care you provide?

Much of my practice, probably 60% to 70%, is extremity preservation and reconstruction. And, whatever the reason a patient requires surgical intervention, and whether it happened yesterday or five, 10 years ago, a big problem for patients with prior amputations or major injuries are the huge doses of narcotics being prescribed for pain maintenance. It’s something people don’t commonly talk about, but a patient may have been on narcotics for a while and the idea of saying, “Hey, we’re going to reduce your narcotic intake” is really concerning. They may be homeostatic, and if they don’t take this level of opioids, they certainly feel the difference. So, an aspect of care is working with them in terms of tolerance and dependence. And to be clear, tolerance happens over time as a normal response from the body to many medications, and is not a sign of abuse. The problem is that we aren’t treating the pain, and opioids as a solution requires upward titration over time.

A majority of amputees still have significant phantom pain, and if they come off narcotics it can be a situation where they’re saying, “It feels like my foot’s in a vise; it feels like somebody’s sticking a lighter to my toe.” In terms of pain management, opioids are the gold standard, but we’re learning that other therapies can be just as effective in pain management.

How does pain affect a patient’s recovery from surgery?

It’s interesting to see these issues clinically and see how they manifest in the greater sphere. In talking with patients, we may have somebody come in who’s four weeks out from major trauma and they’ll say, “None of my physicians will give me a prescription for opioids.” And they may be someone who has open wounds from surgery or multiple broken ribs and extremities with pins poking out of them.

With opioid use, we’ve got to be careful about how much we swing the pendulum the other way. We have patients who say, “I’m in pain, and nobody will give me meds.” But it’s also very difficult to find anybody who’s willing to manage these medications. From a patient perspective, they may feel very anxious, very upset, and the psychological aspect is an important facet of care and recovery. For some patients, there’s this anguish of, “I don’t want to be on these medications, but if I stop taking them, I go through major withdrawal.”

What would you like to see modified in or added to the revised CDC guidelines?

Pain is very difficult to manage in a silo. If you don’t have a good multidisciplinary team, you’re never going to successfully manage pain. I’m hopeful that the revised guidelines will call for a more multidisciplinary approach to pain management, because 100% of the time that’s what we need. Many physicians don’t have advanced narcotic training, so many times, a primary care provider (PCP) and I are researching, reviewing the literature, reviewing existing recommendations, trying to figure things out on our own. I think this happens for a lot of physicians where we can’t find somebody to give us advanced recommendations for pain management.

Is it common to have one provider on a care team who manages pain prescriptions and takes the more holistic, bigger picture view of managing pain?

The biggest riddle to me is who is really managing these opioid prescriptions. As opposed to restricting how much physicians can do and the available resources for pain management, it makes more sense to me to support specialties or additional resources whose focus is pain management. If you have a patient who’s on multiple pain medications, they need to be working with a chronic pain specialist, someone who has a bigger picture understanding of the reason they’re on these meds. Finding somebody willing to manage chronic pain and long-term opioids with that as their primary focus, I don’t know of any providers who do that.

How do we have a conversation about pain and opioid use that doesn’t start with blame and finger pointing?

When we talk about pain management, everybody wants to talk about pharmacists or physicians giving out too much pain medicine. What we’re not talking about is the training most physicians receive in pain management. I think 99% of physicians study this in a pharmacology class or two in medical school, but unless you go into an advanced field that touches on chronic pain, pain management isn’t a primary focus in medical training. If you’re a family physician, the majority of your practice doesn’t involve chronic pain. I have patients who say, “My PCP doesn’t feel comfortable prescribing long-term.”

I’ve sat down with acute and chronic pain physicians and asked, “How can I get these patients to you?” And they’re saying, “We hear you, but we don’t manage pain medications; we manage pain with blocks and those modalities.” And unfortunately I’m in a similar circumstance, where I’m trying to help patients with chronic pain through surgical techniques, but we still need someone to help manage pain and medications long-term.

As we tighten down on narcotic control and prescriptions, we don’t want to pull the rug out from under providers who are working with patients to manage chronic pain, who are closely managing opioid prescriptions that help a lot of people. That’s why a centralized, multidisciplinary approach to pain management is so important. It’s good that we’re addressing the opioid crisis and educating people to decrease narcotic use, but we have to look at whether the pendulum is swinging so far that we’re telling people in acute pain, “I can give you ice for this.” 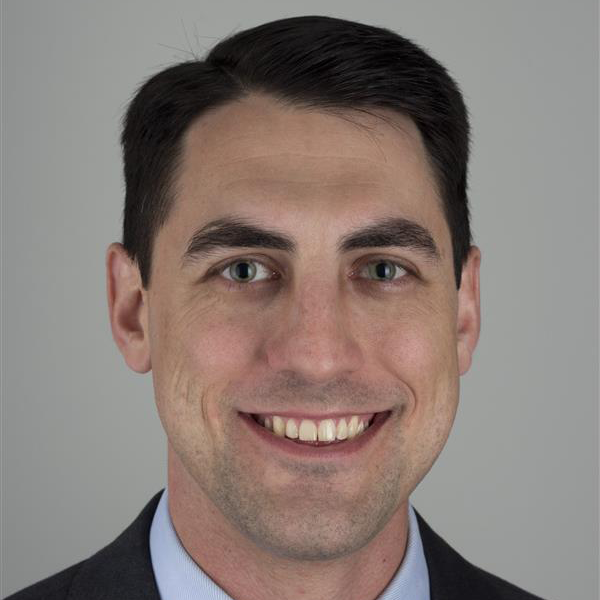