The study, led by Heather Carmichael, MD, a general surgery resident in the University of Colorado Department of Surgery, analyzed data from five UCHealth hospitals relating to patients who had a colectomy, a surgical procedure in which all or part of the colon is removed, between 2012 and 2017.

These complications may be caused, in part, by delays in seeking care, so that patients with higher social vulnerability more often came to the hospital with sepsis or with a condition requiring emergency surgery.

“We need to start looking at barriers to surgical care,” Carmichael says. “How do we develop innovative strategies to address those barriers?”

Carmichael and her co-researchers drew data from the American College of Surgeons National Surgical Quality Improvement Program (NSQIP), specifically looking at the five UCHealth hospitals. Data from 976 patients were included in this retrospective study, in which researchers used patient addresses to determine the Social Vulnerability Index (SVI) for each patient’s census tract. The SVI includes factors such as employment status, age, race, educational attainment, and income, among others.

They found that 201 patients were in the highest SVI quartile, and more likely to belong to a traditionally underrepresented group and more likely to have obesity. They also found that patients with a high SVI were more likely to have sepsis before colectomy and to require emergency surgery. This association of high SVI with increased complications was still significant after controlling for patient co-morbidities and patient demographics. When researchers analyzed the data controlling for those serious pre-operative variables, social vulnerability was no longer independently associated with post-operative complications.

This finding was consistent with the hypothesis that increases in operative risk in patients with high SVI is a result of higher rates of situations considered emergency or urgent when patients were unable to get care sooner before their conditions worsened.

These findings also suggest that improved access to surgical care for high SVI patients could lead to improved surgical outcomes.

"Without controlling for any peri-operative variables, the post-operative complication rate for patients in the highest SVI quartile overall was 46% compared to 32% in all the other patients who were in the lower three SVI quartiles,” Carmichael says. “If you start to look at individual complications, for example, sepsis was 27% vs. 13%, surgical site infection was 18% vs. 10%, and 11% vs. 3% for a patient needing a ventilator 48 hours after surgery.”

Further study will be needed to determine how to improve care for patients with high SVI, but a starting place could include conducting follow-up interviews with patients to learn what roadblocks prevented them from seeking medical sooner, before they had sepsis or needed emergency surgery.

“The important thing will be understanding what those barriers to surgical care are at the individual level,” Carmichael. “We have ideas about access to transportation, finding time off work to attend an elective surgery appointment, the ability to pay a co-pay, but we really need to be asking patients.”

A significant goal stemming from the research will be working at local and state levels to help medically underserved communities overcome barriers to access, so that they are able to access care sooner and, following these data, experience fewer post-operative complications. 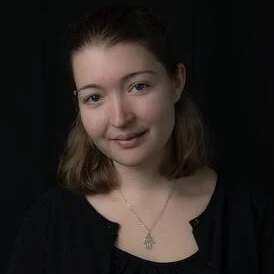