Medical cannabis was legalized in Colorado in 2000, but 20 years later, Camille Stewart, MD, isn’t able to prescribe it to her patients. Nor is she able to dictate the dosage or frequency with which patients take the drug.

That’s because of the weird limbo in which medical cannabis exists. Although it is legal in many states, cannabis still is classified by the federal government as a Schedule I drug with no current acceptable medical use and a high potential for abuse. That puts it in the same category as heroin, LSD and MDMA (ecstasy).

“You can see why that’s very confusing to a layperson, and even confusing to a person in the medical field,” says Stewart, an assistant professor in the University of Colorado (CU) Division of Surgical Oncology and CU Cancer Center member. “You’ve got this thing called medical cannabis, but then at a federal level it literally says in the law that there is no medical use for it.”

In Colorado, the most a physician can do is recommend cannabis for a medical condition. Most states operate in a similar fashion, though laws vary on how cannabis is obtained or grown and who can make the recommendation for a patient to receive it. 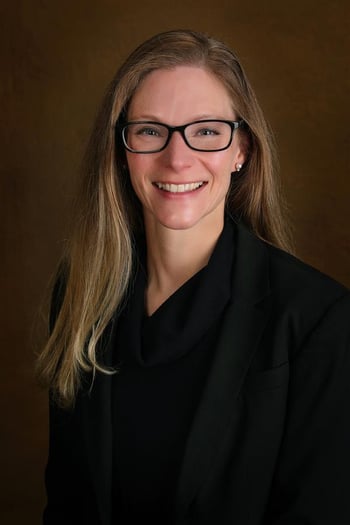 Because of cannabis’ reported ability to combat cancer-related symptoms including chronic pain and nausea, Stewart for years got questions from patients about whether or not they could use cannabis to treat their symptoms. When she started to research the drug’s efficacy for those conditions, she found the issues surrounding the legality of medical cannabis at the federal and state levels have made it nearly impossible for any serious medical research to be conducted.

Stewart recently authored an article about medical cannabis that was published this month in the peer-reviewed journal JAMA Surgery. In it, she explains the issues around the drug’s legality, makes recommendations for its use before and after surgery, and makes the case for further research on the effects of cannabis on postoperative patients.

“There is a large gap in our understanding of how cannabis can be used to help treat surgical patients,” she writes in the article. “There is a critical need for additional research on the effects of perioperative cannabis with specific attention to postoperative outcomes, not only because of its potential benefits, but also because of its current widespread use outside Western medicine. The differences in state laws between cannabis and all other controlled substances and its current listing as a Schedule I drug by the DEA add a layer of difficulty to studying its potential benefits in high-quality prospective clinical research. High-quality research on cannabis will likely not be possible unless it is treated as all other medications to ensure proper dosing, safety and homogeneity.”

An alternative to opioids

Stewart is in the early stages of planning clinical trials to study the effects of medical cannabis in postoperative cancer patients. She’s interested in the drug not just because of its reported effectiveness in treating pain and nausea, but because it could provide a safer alternative to the opioids and benzodiazepines commonly prescribed for those symptoms.

“Opioids and benzodiazepines are habit-forming and can have very serious side effects,” she says. “Right now, we have an opioid crisis. We have people that are addicted to these opioids long-term, and many of them are people who originally got these opioids after surgery for completely legitimate reasons, but then they become addicted and it can become a lifelong problem for them.”

Should her research have positive findings, Stewart says, this could provide more data for others who regulate cannabis at the state and federal level. Her primary focus is on her patients and what will help in their treatment and recovery.