By its definition, science is the systematic knowledge gained through repeated observations of the world around us. And, as history indicates, the first pioneers of scientists were Indigenous people, whose contributions in modern science must not be overlooked.

“In almost every scientific discipline throughout history, Indigenous people have contributed to our physical and biological understanding and have developed technologies that benefit all. Imagine, then, how science today could be advanced if we empowered Indigenous approaches to the level of Western science,” state Claw and Tsosie in the journal’s introduction. 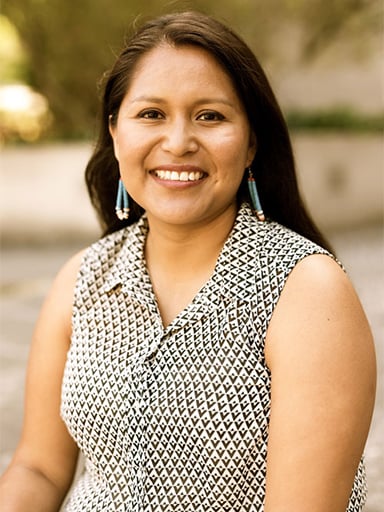 By integrating both Indigenous and Western epistemologies, the authors hope to add to the foundational knowledge and methods that can advance global understandings of health, medicine, and biology at all intersections. Claw and Tsosie posit that Indigenous science is grounded in traditional knowledge, but the word “traditional” creates a dichotomy with “modern” science.

“Perhaps we should instead think of ‘traditional knowledge’ as knowledge that endures, or has been repeatedly tested and remained substantiated, as data points representing countless trials over time. Maybe scientists should reevaluate their perceptions of the word ‘traditional’ and instead acknowledge and listen to expertise in Indigenous science,” assert the authors.

As one example, Claw and Tsosie argue that many biologist and conservationists now seek Indigenous input to provide solutions to climate change, deforestation, species extinction, and ecosystem degradation— problems that could be caused by an overreliance on Western science.

Human Biology is an international, peer-reviewed journal, and an Official Publication of the American Association of Anthropological Genetics.

“We are honored to publish this special issue on Indigenous Science and encourage future submissions to the journal from Indigneous scholars” said Ripan Malhi, editor of Human Biology. To make the issue widely accessible and broaden the readership, the entire issue will be made freely available through JSTOR and Project MUSE until the end of July.

The special issue represents a variety of perspectives written primarily by Indigenous authors. Additionally, every stage of the peer-review process was guided by Indigenous researchers, including the authors, editors and reviewers. The publication is a culmination of the 2019 American Indian Science and Engineering Society National Conference session, held in October in Milwaukee, Wisconsin, titled “Indigenizing Science and Reasserting Indigeneity in Research,” which features contributions by some of the speakers at this session, building on efforts to integrate Indigenous knowledge into science and research.

A second special issue of Human Biology titled, “Indigenous Ecology”, will be published later this year. Claw and Tsosie hope more journals will recognize the importance of including Indigenous voices in research, and point to Nature Genetics, 2020 as another recent example.

“In an era that will welcome new Indigenous researchers into the academic and research space, we hope to continue an Indigenous science tradition that is driven by us, for us,” state Claw and Tsosie.

Indigenizing Science and Reasserting Indigeneity in Research
by Krystal S. Tsosie and Katrina G. Claw
An introduction to the journal’s special edition.

Islands as Laboratories: Indigenous Knowledge and Gene Drives in the Pacific
by Riley I. Taitingfong
Demonstrates that the language surrounding the genetic engineering technology called gene drive is clouded in settler colonialism terms that recall a painful history of military experimentation on Indigenous lands and peoples.