Researchers at Children’s Hospital Colorado (Children’s Colorado) and the University of Colorado School of Medicine have found that taking a specially formulated antioxidant-enriched multivitamin may decrease respiratory illnesses in people with cystic fibrosis (CF).

The study, which was recently published online in the American Journal of Respiratory and Critical Care Medicine, looked at the effects of a ‘cocktail’ of multiple antioxidants on inflammation and health outcomes in patients with CF. Inflammation is an important contributor to lung damage in CF, and contributes to progressive lung function decline.

The 16-week study consisted of 73 pancreatic-insufficient CF patients ages 10 years and older (average age 22 years). These patients ordinarily do not adequately absorb important dietary antioxidants including carotenoids such as beta(β)-carotene, tocopherols (vitamin E), coenzyme Q10 (CoQ10), and selenium that help to neutralize inflammation in the body. To address this issue, the antioxidants used in the study were delivered in a capsule specifically designed for individuals with difficulties absorbing fats and proteins, including those with CF. 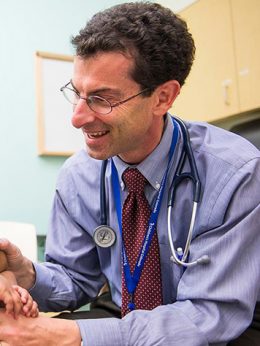 “Single oral antioxidant formulations have been previously tested in CF with mixed results. However, there had not been a well-designed, randomized controlled trial of an antioxidant ‘cocktail’ that included multiple antioxidants in a single formulation,” said Scott D. Sagel, MD, PhD, pediatric pulmonologist at Children’s Colorado and professor of pediatrics at the University of Colorado School of Medicine. “While more research certainly needs to be done to find a treatment that delivers a sustained anti-inflammatory effect, we believe the fact that this antioxidant supplement prolonged the time patients had before their first illness is meaningful. It offers a simple, relatively inexpensive means for restoring and maintaining normal antioxidant levels in people who would otherwise have trouble doing so.”

This clinical trial, funded by a grant from the Cystic Fibrosis Foundation, was designed and led by Dr. Sagel. It was conducted from September 2013 to October 2015 at 15 CF centers across the U.S. affiliated with the CF Foundation Therapeutics Development Network.