CU Anschutz researchers found that when lactate is acutely exposed to cells, such as during exercise, it is beneficial. But chronic exposure can be disruptive to metabolism.

Acute amounts of lactate like those generated during exercise are probably required for healthy cells, but chronic exposure causes cellular disruption which can lead to cancer, heart failure and type 2 diabetes, according to a new study by scientists at the University of Colorado Anschutz Medical Campus.

The study was published last Friday in the journal Frontiers in Nutrition.

Lactate, a byproduct of glucose, is a major source of energy for the cell, especially the mitochondria. It’s a preferred fuel over glucose in the beating heart, muscles and the brain. The substance is also produced during exercise and rapidly cleared from the body through the mitochondria which swiftly oxidizes it.

But San Millán and his colleagues found that when rats were exposed to lactate for up to 48 hours they became more susceptible to disease.

“We know that when lactate is acutely exposed to cells, like during exercise, it is beneficial,” San Millán said. “But chronic exposure disrupts cellular metabolism entirely.”

The researchers focused on whether chronic lactate exposure could decrease the activity of cardiac mitochondria, cause cellular disruption and lead to metabolic inflexibility of the heart.

They discovered that long-term lactate exposure led to a significant decrease in fatty acid transport, alterations of a key component in mitochondrial membranes known as cardiolipin and decreases in mitochondrial ATP or energy production. It also prompted increases in free radicals that could cause heart failure and play a role in type 2 diabetes.

“We found that dysregulated lactate is probably a major player in disease,” San Millán said. “This is a rat model but we believe the results would be similar in human cells.”

The next step is determining the mechanisms involved in the decreased ability to clear lactate.

San Millán, who in addition to his research trains top athletes including last year’s winner of the Tour de France, has done extensive research into the relationship between lactate and cancer and the overall importance of mitochondrial health.

In a previous study, his research group showed that lactate could be a master regulator of carcinogenesis – the process that turns a normal cell into a cancer cell.

For San Millán, it comes down to mitochondrial health.

“We believe that a primary mitochondrial impairment or dysfunction could lead to excessive lactate accumulation leading to disease,” he said. “And right now, the only medication we have to fix mitochondrial function is exercise.” 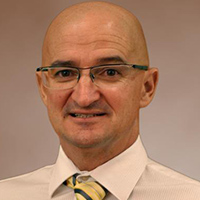