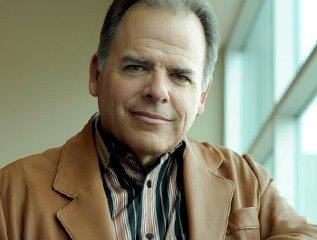 Spero M. Manson, PhD, Distinguished Professor, Associate Dean for Research, and director of CAIANH at the Colorado School of Public Health, has been named The Colorado Trust Chair in American Indian Health

Spero M. Manson, PhD, Distinguished Professor, Associate Dean of Research, and director of CAIANH, is the inaugural holder of the chair, which will be funded in perpetuity by the endowment established with this $3 million gift. An endowed chair provides reliable funding for a senior faculty position in a specified academic area; it is instrumental to the recruitment and retention of world-class educators and researchers, and a recognized public reflection of that program’s stature and broad influence.

This is the third major gift to the Colorado School of Public Health by The Colorado Trust, an early supporter that helped to make possible the first and only accredited school of public health in the Rocky Mountain Region.

“We are proud to help create a sustained, concerted effort to improve the health outcomes for American Indians in Colorado,” said Ned Calonge, MD, MPH, president and chief executive officer of The Colorado Trust. “Under the leadership and expertise of Dr. Manson and his colleagues, we believe significant, long-lasting progress can and will be made in advancing the health and well-being of American Indians living throughout the state.”

The gift accelerates the work of CAIANH’s scholars and researchers to address the health disparities of Colorado’s rural and urban American Indian community in four key areas: mentoring and educational opportunities for individuals who wish to work as health care professionals in their tribal communities; programs promoting prevention and healthy lifestyles; integration of diagnosis, treatment, rehabilitation and health promotion services that improve access and quality of patient care; and the acquisition of data to inform decisions and policies to improve program success in Native communities.

American Indians comprise 2.6 percent of the state population, and include the Southern Ute and Ute Mountain Ute tribes living on reservations around Durango, as well as the diverse American Indian populations in the Denver and Colorado Springs metro areas. Compared to the total population, American Indians are more likely to die from diabetes, liver disease and alcohol-related circumstances, and they disproportionately suffer from obesity, smoking-related illnesses, teen births, infant death and poverty, among other social factors of health.

Manson said this gift will help CAIANH facilitate solutions to health problems at the local level. For example, the existing bachelor’s degree program in public health at Fort Lewis College in Durango could help expedite the training of Native graduates in both graduate- and post-graduate-level tracks to develop the leadership needed to tackle health issues in tribal communities.

“Colorado’s Native communities, although at risk for a variety of health problems and subject to a number of inequities, have enormous potential to bring to bear in addressing these issues. The challenge is connecting them with state or regional agencies that control relevant resources,” Manson said. “This chair is about assisting Native communities, both reservations and their urban counterparts, to forge and maintain working relationships that build capacity at the community level so they can capitalize on these resources.”

Earlier this year, ​Manson was selected to serve on a panel of experts for President Obama’s Precision Medicine Initiative, which seeks to leverage genomics, informatics and health information technology to support biomedical discoveries and personalized medicine. Manson is also part of a collaborative team that was awarded a $19 million federal research grant from the National Institutes of Health to increase the number of underrepresented minorities within biomedical research through mentoring and other outreach efforts.