CU Anschutz researchers discovered a unique subset of synapses in areas of the brain associated with memory formation and learning. The finding could inform future therapies for neurodegeneration and aging of the brain.

Scientists at the University of Colorado Anschutz Medical Campus recently discovered a previously unknown stability in synapses in the central nervous system (CNS) that they predict could hold therapeutic potential for brain disorders.

The study, published in Neuron, honed in on how information is transmitted between neurons in the CNS. Neurons, or nerve cells, use electric impulses and chemical signals to transmit information, connecting with each other at junctions called synapses. In diseases such as Alzheimer’s disease, cognitive decline and memory dysfunction are a result of a failure in synapses.

“Dendritic spines are extremely important,” said Matthew Kennedy, PhD, professor of Pharmacology in the University of Colorado School of Medicine, who is one of the study’s co-lead authors along with Won Chan Oh, PhD, also in the Department of Pharmacology. “In diseases like Alzheimer's disease, these spines disappear. In other brain disorders, like autism spectrum disorders, there can be more of these spines. In schizophrenia, these spines can be shaped differently, and we know the shape controls the spine’s function.”

Dendritic spines are dynamic – constantly shrinking and growing naturally – a characteristic important to memory. When people learn a new behavioral task, the dendritic spines get bigger, sometimes growing in numbers. The spines play a role in brain plasticity, the ability to restructure in response to stimuli, and are thought to underlie memory formation.

As dendritic spines grow, strong synapses form. “Synapses are how neurons communicate with each other,” Kennedy said. “When you feel an emotion, have a thought, or do a behavior, it’s represented in your brain by an ensemble of neurons that are essentially firing at the same time – they’re talking to each other.”

The strength of these synapses is important for how circuits communicate in the brain. When fewer synapses occur, it's more difficult for a person to learn or remember things.

Dendritic spines represent the point of contact for excitatory synapses. If enough of the spines are activated at the same time, the synapses cause the neuron to “fire,” also known as “action potential” (e.g. how all the neurons fire in a coordinated way to allow a person to pick up a glass and take a drink of water).

The Kennedy and Oh teams focused on a subset of dendritic spines that are contacted directly by axons from both an excitatory cell and an inhibitory cell.

“Inhibitory neurons put the brakes on things and make sure that the neural circuitry in your brain doesn't go haywire,” Kennedy said, citing how disease states such as epilepsy and seizures occur due to inhibitory neural dysfunction. “Their synapses tend to be on the dendrites, but not directly onto these dendritic spines,” he said.

“So we’ve known that dendritic spines are morphing around, getting bigger, encoding memories, and things like that. But we focused on a different class of synapses that have both an inhibitory and excitatory input onto it from two different types of neurons,” Kennedy said, referring to a subset of dendritic spines that the team found to be extremely stable.

“In other words, these spines don't undergo the sorts of plasticity that we just talked about,” Kennedy said. “It’s as if the ‘go’ sign and the ‘stop’ sign have been placed right next to each other at the exact same time.”

Kennedy said it’s a unique class of synapse that is not well studied. “Depending on the brain region you're looking at, between 5% and 20% of the dendritic spines are contacted by both the ‘go’ signal and the ‘stop’ signal.”

Because these synapses represent stable points of synaptic connectivity, Kennedy speculates they may represent “hardwired” behaviors or indelible memories – a primary area of focus in his lab.

Kennedy believes a second implication of this work relates to known disease states where the dendritic spines disappear, such as Alzheimer’s disease. Because the Neuron study was conducted in healthy cell structures, it’s not known whether this normally stable class of dendritic spines will disappear in neurodegenerative diseases.

He’s also interested in understanding the stability of these “stop and go” dendritic spines.

“If we understood why they're so stable, it’s possible we could come up with a therapy that would be generally applicable to all synapses that could be potentially therapeutic for preserving synaptic connectivity in diseases like Alzheimer's or even in the aging brain.” 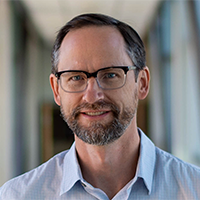 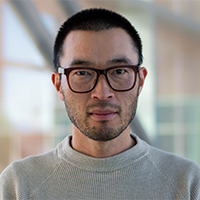