The National Institutes of Health (NIH) recently awarded $46.5 million to the University of Colorado Anschutz Medical Campus and its Colorado Clinical and Translational Sciences Institute (CCTSI), a research partnership designed to speed up development of new treatments to address the greatest health needs of Coloradans.

In 2008, the CCTSI was launched with a grant of $76 million—the largest biomedical research and training award in the state’s history. This new five-year award brings the total funding from NIH to the CCTSI to more than $187 million. 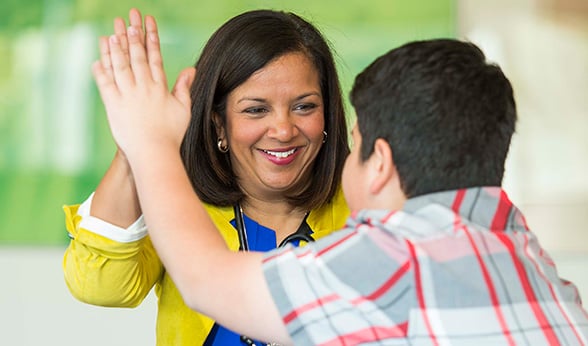 “The general public may not know the CCTSI name,” says Ronald Sokol, MD, CCTSI director and professor of pediatrics in the School of Medicine. “But they have probably benefited from the research that has come out of our institute over the past 10 years.” Examples include:

“The CCTSI is an engine that has enhanced the research enterprise on the Anschutz Medical Campus for many years,” says Dean John J. Reilly, Jr., MD, of the University of Colorado School of Medicine. “We are proud of their work and confident they will continue to provide essential support and leadership for the next generation of physicians and researchers.”

Over the next five years, the CCTSI will:

“The grant will further establish the University of Colorado Anschutz Medical Campus, and all of our institutional partners, as biomedical research leaders, pioneers and innovators,” says Sokol. “We are thrilled to have the opportunity to continue to engage in the full spectrum of translational science to achieve our ultimate goal of getting more treatments to more patients more quickly.”