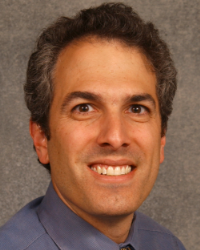 The low-slung brick building at the far east end of the Anschutz Medical Campus doesn’t offer any hint about the work going on within: a unique private-public collaboration intent on bringing revenue measured in the millions—even billions—back to the university.

The building houses the iC42 laboratory, with three mass spectrometers churning out results that lab Co-Director Jeffrey Galinkin, MD, calls “a game-changer in the field.”
But there would not have even been a game had it not been for:

As director of the Sports Performance Laboratory at the Anschutz Health and Wellness Center, Iñigo San Millán, PhD, trains some of the world’s most elite athletes, including Tour de France podium finishers. In today’s competitive sports environment, he also endeavors to ensure the athletes are not exposed to performance enhancing drugs (PEDs).

Accidental exposure to PEDs in food and nutritional supplements has ended the careers of many athletes. San Millán requires certainty that his athletes’ food and nutritional supplements were clean. Traditional screening can only check for five or six drugs; to test for 120 illegal substances means 20 separate tests, with additional follow-up tests to recheck inconclusive results—a difficult, expensive and time-consuming proposition.

In April 2010, Jose Melendez, MD, and Uwe Christians, MD, PhD, heard about San Millán’s predicament and believed their lab, iC42, had the answer: a mass spectrometer that could test for more than 100 drugs at a time with complete accuracy—a test as sensitive as it was broad.

“We could prove an athlete was clean with one test,” said Melendez.

It took a team to pursue the project. Melendez, the vice chair of clinical affairs for the Department of Anesthesiology at the CU School of Medicine, brought the motivation and focus to push the project forward within the university. Christians, the director of the laboratory, provided the toxicology expertise and research leadership to develop the required science for this new test.

One obstacle remained: To develop the test for commercial use would cost money. Melendez’s idea would have died on the vine were it not for a chance over-the-fence conversation.

“They just needed a little bit of capital.”

In the spring of 2010, Melendez ran into his neighbor and mentioned the idea. The neighbor, Blair Whitaker, was intrigued.

“They had one customer already—athletes,” said Whitaker. “They had the equipment they needed and smart people to put it to use. They just needed a little bit of capital.”

Whitaker, who describes himself as “not a scientist, not a doctor, just a business guy with a science background,” decided to bring his own money to the table. As an added bonus, this super-angel investor with an MBA from Dartmouth College also brought 30 years of experience as a venture capitalist, founder, consultant and business strategist for a wide range of companies. With Whitaker’s backing and energetic approach, the idea was beginning to come to life.

Galinkin divides his time between his duties at the lab, Children’s Hospital Colorado where he is an anesthesiologist, and the CU School of Medicine, where he is a professor of anesthesiology and pediatrics. As the project developed, he began to think beyond just testing athletes. It hit him that they could market the test to “a gigantic nationwide group.”

The group Galinkin had in mind was anyone in the greater medical population needing an economically priced and broad-based drug test with 99.9 percent accuracy—every pediatric and adult pain clinic, methadone clinic, addiction center, any state that now requires urine tests to refill long-term prescriptions, and any physician prescribing opioids wanting to check on patient compliance.

There are currently only two other non-profit organizations doing similar testing in the country—Mayo Medical Laboratories and the ARUP Laboratories at the University of Utah.  The two collect billions of dollars annually for clinical testing, Galinkin said.

He and Whitaker spent the first half of 2011 studying the market potential and perfecting the test. By June of 2011, they took on their first customer, who brought 89 samples, each to be tested for 112 drugs. But what they thought would be the big launch of a new business revealed dramatic problems.

What Galinkin and Whitaker had not factored into their planning was the massive amount of data that the test would render for each sample. The software crashed as it tried to produce 4,000-page Word documents. The manufacturer of the mass spectrometer had no solution.

“We had done something novel; we had pushed the machine to its limits, and now we had the unintended consequences,” said Galinkin.

Initially, Galinkin and Whitaker saw no resolution to the data mining issue. Then, Whitaker dug deep into his experience, going back to connections he had made doing post-graduate research at the University of Pennsylvania and MIT during the 1980s. Within six months, Whitaker had put together a team to develop software that would offer accessible and understandable data.

“Now, we had it all,” said Whitaker. “We had a large market for our product, the machines to do the tests, the software to produce reports and the scientific and business expertise. The project had legs.”

During 2012, the project quickly expanded from testing hundreds of samples to testing thousands of samples. Based on this growth and with the support of Tom Henthorn, MD, chair of the Department of Anesthesiology, CU Toxicology was born in December 2012.

“This is a new revenue stream …”

While Galinkin and Whitaker bring equal amounts of passion to their venture, each approaches the future with a different focus. Galinkin brings a medical perspective to the table. He says fellow physicians tell him they are changing the way they practice based on this test.

“If you just look for what you expect to see, that’s what you will see,” Galinkin said. The industry’s standard urine drug screens require physicians to specify the drugs for which they require screening, but the CU Toxicology test sheds light on drug use and abuse physicians would not have otherwise detected.

“If you look for everything—all drugs—there’s a big picture of medical information you get,” Galinkin said. “Doctors are blown away by what they are seeing.”

For drug rehab centers and physicians, a comprehensive and highly accurate test removes the denial and the deception from drug use and addiction.

“This test has good eyesight,” Galinkin said. “If you use us to test, you will get the right answer—no escape.”

When Whitaker looks ahead, he thinks business. He believes the test will find a wide market, largely because it is priced competitively, testing for 112 drugs at the same price that clients traditionally have paid to test for five to 10 drugs.

He emphasizes that CU Toxicology is not a straightforward business partnership—it is truly a collaboration. Because it is housed in an internationally recognized research university, CU Toxicology is able to capitalize on immediately available resources—scientific research, state-of-the-art equipment and a practical clinical environment that is the largest and most active of its kind in the Rocky Mountain region.

Collaborating in this manner not only allows access to the wealth of resources available, but also returns revenue to the university. It is an unusual model for tech transfer, since the technology and revenue will stay at home.

“This is a time of diminishing revenue streams on medical campuses,” Whitaker said. “[CU Toxicology] is a new revenue stream that can only get bigger.”

Whitaker and Galinkin created the company under the CU brand deliberately in order to leverage CU’s strong reputation. The next step will be to expand with professional sales and marketing. Whitaker dreams big—he imagines CU Toxicology in its own building on the Anschutz Medical Campus, a billion-dollar entity within the School of Medicine, employing thousands of people.

“This is a new model for tech transfer success,” said Whitaker. “It combines an academically driven business with an innovative and in-demand clinical product. We believe it will also be a great model for business growth within the university.”