A group of medical students recruited to improve Wikipedia articles on skin-related diseases, saw millions more views of those stories following their editing, highlighting the value of expert input on the popular web encyclopedia.

“We tried to make the articles more readable, while adding more relevant information,” said Olivia Hutton, BS, a medical student at the University of Colorado School of Medicine who led the project. “The articles we edited have been viewed 10 million times since adding the new information.” 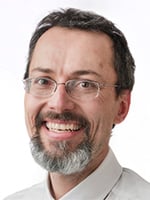 The research letter was published online March 28 in the Journal of the American Academy of Dermatology.

But in an effort to make those articles more complete and accurate, an editing partnership was set up between the evidence-based medicine organization Cochrane and Wikipedia in 2014. Cochrane Review Groups work with Wikipedia to recruit and train editors to share high-quality Cochrane Review evidence in Wikipedia stories.

In this case, five students were trained to beef up the articles on skin-diseases. They learned Wikipedia editing, were mentored by an experienced Wikipedia medical editor and were given a list of articles to improve.

The project was supervised by Robert Dellavalle, MD, PhD, MSPH, professor of dermatology at the CU School of Medicine. According to Hutton, the trainees improved 40 skin-specific articles on Wikipedia. They did this by adding paraphrased conclusions and background information from 60 Cochrane Reviews.

“Criticisms of Wikipedia include concerns over the quality of shared content,” Hutton said. “It is important to ensure that Wikipedia’s content is evidence-based, unbiased and up-to-date. We have shown that a small Wikipedia editing initiative has the potential to share evidence-based information with many people.”

Dellavalle, who is also a joint-coordinating editor of Cochrane Skin, said the students’ work with Wikipedia in this regard “is the most expansive provision of public health dermatology information in the world.”

The next step, he said, is to recruit more trainees, improve skin-related Wikipedia content in other languages and make further improvements in articles to increase accuracy and understandability.