Down syndrome researchers at the University of Colorado Anschutz Medical Campus joined with Hollywood celebrities, Denver Broncos and foundation advocates to raise $2.4 million for the Global Down Syndrome Foundation on Saturday.

The Be Beautiful Be Yourself Fashion Show (BBBY) took place in the Sheraton Denver Downtown Hotel. The event celebrated its 10th anniversary raising money to support the Linda Crnic Institute for Down Syndrome on the Anschutz Medical Campus and the Sie Center for Down Syndrome at Children’s Hospital Colorado. 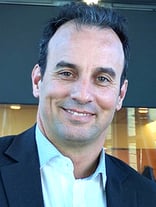 Espinosa calls the BBBY Fashion Show, which included actors Heather Graham, Jamie Foxx, Jeremy Renner, Colin Farrell and Dakota Johnson, an inspiring event. “Every year we look forward to this event, not only because it is the major fundraiser for research on Down syndrome, but also because it energizes us scientists to work harder in search of tangible outcomes that will improve the lives of people with Down syndrome.” He said the Crnic Institute has become the “epicenter of Down syndrome research in the world,” with more than 42 teams and more than 200 scientists involved in research over the last five years.

“Perhaps the crowning achievement of these efforts is the Human Trisome Project, arguably the most comprehensive cohort study of people with Down syndrome to date, being run by a multidisciplinary team of clinicians and scientists at the Anschutz Medical Campus,” Espinosa added.

Potter said the 10th anniversary edition of the BBBY Fashion Show was the best ever. “It was heartwarming to see all the dedicated families working to support research on Down syndrome and all of its related disabilities, including Alzheimer’s disease,” said Potter, also director of the Rocky Mountain Alzheimer’s Disease Center at CU Anschutz. 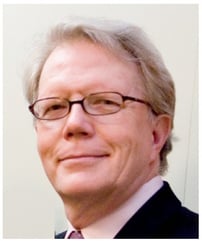 Down syndrome and Alzheimer’s disease

Explaining the scientific relationship between Down syndrome and other medical conditions, Potter said, “people with Down syndrome offer us a wonderful opportunity to study some of these questions. For example, they almost never develop solid cancerous tumors, but they are very prone to developing Alzheimer’s disease, and we want to know why this is.”

He said scientists working on these and other questions will see their research move forward faster thanks to the fundraising of the Global Down Syndrome Foundation, which is led by president and CEO Michelle Sie Whitten.

Denver Broncos players at the BBBY event included Phillip Lindsay, Case Keenum, Von Miller, and Justin Simmons. One of the night’s highlights occurred when Foxx auctioned off Miller’s suit jacket to Keenum for $65,000.

Here is a sampling of coverage in the media: