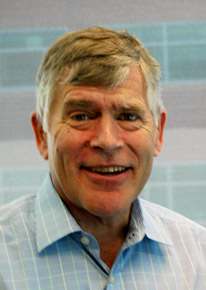 The former chief operating officer for the state of Colorado has joined the Charles C. Gates Center for Regenerative Medicine and Stem Cell Biology. Don Elliman will serve as the center’s executive director.  The center is a world-class research organization focused on adult stem cell biology and regenerative medicine located at the University of Colorado Medical School on the Anschutz Medical Campus.

Elliman brings extensive state government and private corporation experience to the position. From June 2009 to January 2011 of this year, Elliman served as chief operating officer for Colorado. He assisted the governor in managing all state agencies. He also chaired the Colorado Recovery Accountability Board overseeing state spending under the American Recovery and Reinvestment Act.

Prior to his government service, Elliman was President of Kroenke Sports Enterprises where he oversaw all business activities of the company which include The Pepsi Center, The Denver Nuggets and The Colorado Avalanche. Prior to his time at Kroenke, Elliman worked at Time Warner for 32 years, retiring as an Executive Vice President of Time Inc.  Other positions included publisher of People Magazine and president of Sports Illustrated. Elliman serves on the boards of The Gates Family Foundation, The Children’s Hospital, Colorado State University and his alma mater Middlebury College.

The Gates Frontiers Fund is the largest donor to the Charles C. Gates Center for Regenerative Medicine and Stem Cell Biology, contributing more than $19.3 million to the Center, believing its promise to help patients with new treatments and cures.

“Don is an integral addition to the leadership at the Center,” said Diane Gates Wallach, co-trustee of the Gates Frontiers Fund along with her brother, John S. Gates.  “His extraordinary background in public service and in business, coupled with his personal commitments to health care and our community, make him the perfect choice.  We are lucky to have him as we tackle new and collaborative partnerships that result in great research, clinical trials and biotech commercialization - all for faster and better patient outcomes.”

“In the current climate, the success rate of obtaining federal funding from the National Institutes of Health is at the lowest level that I have seen in the last two decades,” said Dennis Roop, director of the Charles C. Gates Center for Regenerative Medicine and Stem Cell Biology.  “We have to develop a new model to fund our research efforts, and we are counting on Don’s extensive experience in both the public and private sectors to accomplish this, we are very fortunate to have him as a member of our team.”

The center was established in August 2006. Investigators are focused on taking their bench-side research and decreasing the time it takes to translate these findings into the clinic. The goal of the center is to understand the biology of stem cells in order to develop new therapies for debilitating diseases such as cancer, juvenile diabetes and other pediatric diseases, cardiovascular, liver, blood, neuronal and skin diseases.