By the time Tatum was 8 months old, his mother, Janelle, would watch him at playdates with other babies the same age, and know that all was not right with her son. His motor skills were not developing and, even more worrisome, he could not yet hold his head up without help. “It is agonizing to see your child work so hard to do what comes naturally for other children,” Janelle said. 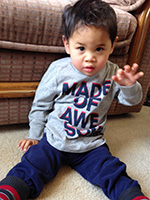 But Janelle is a believer in early intervention. She sought help at Rocky Mountain Human Services, where she was referred to JFK Partners on the Anschutz Medical Campus.

Within two months after therapists from JFK Partners started working with Tatum at home, he could hold up his head. Now, the same therapists are helping him learn additional skills, including how to sit independently.

“I cannot imagine where Tatum would be if we didn’t have JFK [Partners],” Janelle said. “We want all the resources we can have to help our son live to his potential.”

For 50 years, those resources have been available to thousands of families who, like Janelle, want everything that’s available to help their children. Now, as it celebrates its golden anniversary, JFK Partners is ready to begin the next phase of its own development.

JFK Partners was created as a result of the Community Mental Health Act signed into law by President John F. Kennedy on Oct. 31, 1963. The law provided federal funding for community mental health centers and research facilities devoted to research in and treatment of what was then called “mental retardation.”

In 1966, under the leadership of John Conger, PhD, C. Henry Kempe, MD, and Donough O’Brien, MD, the Department of Pediatrics at the CU School of Medicine founded a multidisciplinary clinic focused on clinical training and research in developmental disabilities.

With federal, state and private funding, that clinic evolved into what would eventually become officially known as “JFK Partners: Promoting Families, Health and Development.” For a half a century, JFK Partners has been a leader in advancing care and treatment for children and adults with developmental disabilities through training, education, clinical services, research, policy and advocacy. Designated as Colorado’s University Center of Excellence in Neurodevelopmental Disabilities and also the Leadership Education in Neurodevelopmental Disabilities Program, JFK Partners has collaborative relationships with numerous organizations that are a part of Colorado’s developmental disability and special health care needs communities. 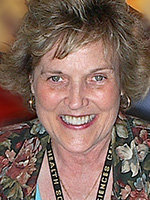 Marilyn Krajicek, EdD, RN, FAAN, arrived at JFK Partners with a newly minted master’s in nursing on Oct. 1, 1968. She and one other nurse worked with 12 to 30 families at a time, assessing developmental delays, making home visits, and assisting in the diagnoses of children through public health nursing referrals across the state. It was an exciting time to be in the field, as new legislation led to the end of group homes and institutions “warehousing” children with special needs and to a new approach—“mainstreaming” those children into more fulfilling lives.

“We had a lot of pride in what we were doing,” Krajicek said. “We were watching national organizations formed, and with them, we were fighting alongside parents for federal funding and legislation.”

She notes that JFK Partners had a preschool program for children with developmental delays as early as the 1970s which was used as an early education and intervention site for research and clinical work. JFK Partners director at that time, William Frankenburg, MD, developed the Denver Developmental Screening Test to encourage early identification of children with developmental problems by health, education and social service providers. That test has been used to screen millions of children and achieve early diagnoses and treatment of developmental delays. 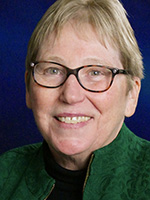 “Bill Frankenburg’s notion that pediatricians should look at a child’s developmental progress was not a hallmark of what they were doing up until then,” said Cordelia Rosenberg, PhD, RN, director of JFK Partners and professor of pediatrics and psychiatry in the CU School of Medicine. “People came to this center to get trained in the Denver Developmental Screening Test.”

Krajicek believes the most significant development she has seen in her long career at JFK Partners is the development of the “activist parent movement.”

“You would never go down to the Legislature to lobby for funding for our programs without arming yourself with a parent,” Krajicek said. “We could not have accomplished what we have without these parents.” 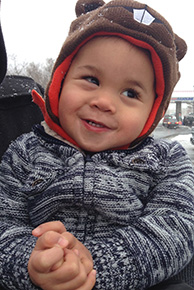 Janelle’s son, Tatum, is working at home with four different therapists from JFK, including a physical therapist, an occupational therapist, a speech therapist and a childhood development specialist. Janelle says that each one brings something different to the team approach helping her son develop independence. “They are all so encouraging,” she said. “They see the progress he has made over time and they give you hope.”

“JFK [Partners] has been both a godsend and a lifesaver,” her husband, Joey added.

Tatum is receiving these services through a program called “Enrichment using Natural Resources in the Community and Home” or ENRICH. Through ENRICH, JFK Partners provides support and services to as many as 80 families raising infants and toddlers with developmental delays. The children may have diagnoses ranging from autism to cerebral palsy, Down Syndrome to general developmental delay.

The clinical services provided by ENRICH also serve to provide training for post-graduate fellows doing full-time internships, including developmental pediatricians, nurses, social workers, psychologists and physical, occupational and speech therapists. All provide family and person-centered services and support under the supervision of experienced mentors. All disciplines work together in an interdisciplinary approach to a child’s development, with the goal of fitting interventions into a child’s daily routine.

Faculty at JFK Partners design, implement, evaluate, and disseminate intervention programs which incorporate new research findings. For the past three years through the Colorado Parent Mentoring Program, the organization has paired parents whose children have had a diagnosis of autism for at least two years with parents of children who are newly diagnosed with autism.

JFK Partners also has funding to work with the Colorado School of Public Health, Denver Health and Rocky Mountain Human Services to improve the way screening is done for autism. Rosenberg points out that half of the children who screen positive for autism never get any kind of follow-up attention and of those who do get follow-up, another 50 percent never get enrolled in services.

“It is not enough to screen,” Rosenberg said. “This new grant puts in place a tracking system that makes sure that children who are qualified do get enrolled in services.”

It’s hard to imagine a student who can handle the rigors of studying applied physics at Caltech would describe himself as “fearful,” but that’s exactly why the Dosen family sought help from JFK Partners when their son, Christoper, was in the fourth grade.

Dosen, whose anxiety fixated on a fear of being caught in a tornado, remembers his time at JFK Partners as “hanging out with a group of kids your same age to help you get over anxiety problems.”

Today, Dosen says, the thought of a tornado—even one that’s nearby—has no effect on him. “I’m just like, ‘Whatever,’” he said. “I don’t know what JFK [Partners] did, but somehow they helped me get over it.”

Dosen is an alumnus of “Facing your Fears,” a JFK Partners program providing therapy for people with high-functioning autism spectrum disorder. “For many people, they’re dealing not just with autism but also with obsessive compulsive disorder (OCD), anxiety disorder and other conditions,” Rosenberg said. “On top of autism, that really makes life difficult.”

“Facing your Fears” brings the treatment of mental health and developmental disabilities together in an evidence-based practice. The program has led to world-wide training programs for effective interventions to help people with “autism plus,” meaning autism plus other psychiatric conditions.

In addition to his anxiety about tornadoes, Dosen recognizes that he has OCD, which he describes matter-of-factly: “If things don’t turn out how I expect, it’s a huge roadblock and I get stuck.” Working with a therapist at JFK Partners, he says he learned “how to find something to do that will distract me.”

Looking back, Dosen said, “I was not very functional a long time ago, but I function pretty fine now.”

That does not surprise Rosenberg. “At JFK Partners, we have expertise in autism plus,” she said. “A family can come to us confident that we can help, no matter how complex the situation.”

For 50 years, JFK Partners has changed with changing times. Now, as Corry Rosenberg prepares to step down as director after 22 years, Sandra Friedman, MD, MPH, associate director of JFK Partners, will assume leadership of the organization as it moves into the future. Friedman is section head of Neurodevelopmental Behavioral Pediatrics in the School of Medicine with her office at Children’s Hospital Colorado. Prior to coming to CU School of Medicine, she had been a staff physician at Boston Children’s Hospital and faculty at Harvard Medical School for 15 years. 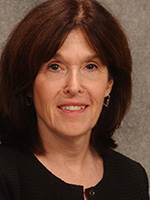 Friedman envisions a future in which JFK continues to expand services, community outreach, training, and research in collaboration with the School of Medicine, Children’s Hospital Colorado, and other academic and community partners, to be on the cutting edge of progress and to improve the lives of individuals with intellectual and other developmental disabilities and their families.

“JFK Partners will move forward into the next 50 years with the same central mission it has had for the past 50,” Friedman said. “We will support children, youth and adults with developmental disabilities and special health care needs so they can lead full, meaningful, and productive lives and be included in the communities in which they live.”

Today, 47 years after she arrived for her first day of work, Krajicek still sees challenges for the future—continuing to prepare interdisciplinary clinicians to work in the field, integrating special needs children into early education and child care programs and providing ongoing support for children with developmental disabilities as they become adults and live longer lives.

“We’ve made so many gains, but we have a lot to do,” she said. “What are the strategies to accomplish more?”