Leslie J. Berg, PhD, who specializes in understanding how T cells develop and help fight infection, has been named Chair of the Department of Immunology and Microbiology at the University of Colorado School of Medicine on the Anschutz Medical Campus, effective Feb. 1, 2019.

Berg is Professor of Pathology at the University of Massachusetts Medical School in Worcester, Mass., where she has served on the faculty since 1998. At UMass, Berg served as Vice-Chair of the Immunology-Virology Program from 2003 to 2006 and as chair from 2006 to 2009. From 2009 to 2014, she served as the program’s Graduate Director.

Her responsibilities at UMass have included teaching, leading a consistently funded research laboratory, and handling administrative duties for the Immunology and Virology Program. She brings to CU School of Medicine considerable expertise in studying the way the body addresses pathogens, which is key to developing treatments for ailments caused by immune system dysfunction. 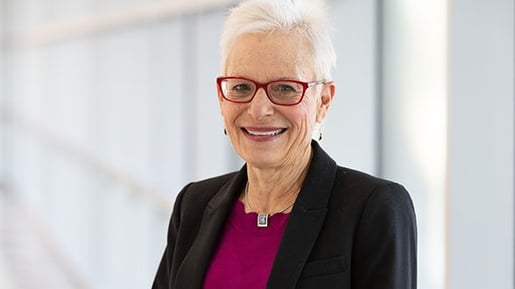 “We are trying to understand how our T cells make decisions about what kind of T cell they’re going to be and what kind of response they’re going to make,” Berg explained in 2012 as part of the American Association of Immunologists Oral History Project.  “One way to think about that is when you have an infection, depending on the nature of the pathogen, if it’s a virus or a bacteria or a parasite, your immune system has to come up with a different response because you need a different response to clear different kinds of infections. And your T cells have to figure that out.”

Berg’s research has helped show that the T cells respond to signals in a way that is more complicated than a simple on-off switch. Rather, the cells respond to a type of protein that gives a signal on how the T cell should develop.

In a 2012 article in the Journal of Immunology, she wrote that some signaling proteins provide an on-off switch, while others function like a mechanism inside a water faucet where “turning the handle a small amount produces a trickle of water, whereas cranking the faucet handle all of the way open produces a gushing stream of water.” That variation affects how the T cell develops and responds.

“I am confident that Dr. Berg will continue making outstanding contributions to science as a leader at the School of Medicine,” said Dean John J. Reilly, Jr., MD. “We are fortunate to have her joining the world-class faculty we have in our Department of Immunology and Microbiology.”

Berg is the author of more than 100 articles in peer-reviewed journals, book chapters and invited articles. She served as President of the American Association of Immunologists in 2011-2012 and has received numerous academic awards and honors.