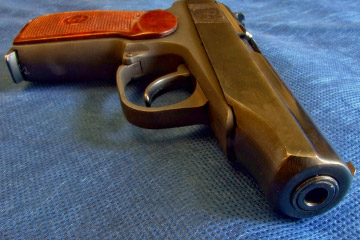 AURORA, Colo. - While gun control issues usually surface after major incidents like the fatal shooting of 20 elementary school students in Newtown, Conn., a new study shows that children are routinely killed or injured by firearms.

The study, conducted by the Colorado School of Public Health, Denver Health and Children’s Hospital Colorado, was published today in the Journal of the American Medical Association (JAMA). It examines trauma admissions at two emergency rooms in Denver and Aurora over nine years and found that 129 of 6,920 injured children suffered gunshot wounds.

“In 14 percent of these cases children managed to get access to unlocked, loaded guns,” said the study’s lead author Angela Sauaia, M.D., Ph.D., at the Colorado School of Public Health and the University of Colorado School of Medicine. “In an area with so much disagreement, I think we can all agree that children should not have unsupervised access to unlocked, loaded guns.”

The study shows that at least 14 children between the ages four and 17 are injured by firearms every year in the Denver metro area alone. That number excludes those found dead at the scene. It also doesn’t count those who did not go to the emergency department, so Sauaia believes the injury rates exceed 14 or roughly 2 percent of all child trauma admissions.

The number of gun injuries to children has changed little over the years.

“People tend to only pay attention to gun safety issues after these mass killings but this is happening all the time to our children and it’s totally preventable,” Sauaia said. “Are we as a society willing to accept that 14 or more children shot each year is an acceptable number?”

Sauaia, an associate professor of public health, medicine and surgery, studied child trauma admissions from 2000-2008 at Children’s Hospital Colorado and Denver Health Medical Center. She found those who had been shot suffered significantly more severe wounds than children hurt with other objects and that the severity of the firearm injuries is increasing.

At the same time, 50 percent of shooting victims required intensive care. And, 13 percent died compared to 1.7 percent of children hurt in non-firearm incidents. The majority of those shot were adolescent males whose injuries were often self-inflicted.

Sauaia did not include the 1999 shootings at Columbine High School, which killed 12 students and injured another 21, in her study. The 2012 Aurora theater shootings, which killed 12 and wounded 58 last year, were also not in the time frame included in the study.

“When we examined the data we found that seven percent of the injuries to children were related to violence and of those 38 percent were related to guns,” she said. “If the injury was gun related, the odds of dying were 10 times greater than from any other kind of injury.”

Sauaia and her colleagues had done another study in 1993 that found that 42 percent of people who died from trauma incidents in Denver were killed by guns. That compared to 26 percent killed in car accidents.

She conducted both studies entirely without federal funding.

“There is little money to do gun research, which is unfortunate,” Sauaia said. “But the point we can all agree upon is that, no matter what side of the gun divide you fall on, we need to store these weapons safely to protect our children from death or serious injury.”