CU Anschutz researchers were the first to discover that exercise can sometimes hurt rather than help the skeletal system. Future studies will look further at the mechanisms and the potential to reverse the effect of bone breakdown with supplements.

Researchers at the University of Colorado Anschutz Medical Campus discovered that while exercise activates muscles, which is critical for bone health, intense exertion over long periods contributes to a metabolic cascade that may lead to a loss of bone mineral density (BMD).

Wendt Kohrt, PhD, distinguished professor of Medicine in the Division of Geriatric Medicine at the University of Colorado School of Medicine, and Dan Barry, MD, a CU SOM alumnus and former resident at CU Anschutz, in separate studies monitored male and female cyclists’ BMD over a year of training and competition.

They discovered the competitive cyclists’ BMD decreased at a rate similar to that of post-menopausal women whose loss of estrogen accelerates bone loss and risk of osteoporosis. It was the first evidence researchers have seen showing that exercise can sometimes hurt rather than help the skeletal system.

“We still don’t know what the trigger definitively is,” Kohrt said, “but when muscles start contracting they may pull more calcium in as a way to ensure they don’t run out of calcium or that they have enough calcium there to keep recycling it so the muscles can keep contracting.”

Calcium is necessary for muscle contraction, including heart function. If the blood calcium level drops too low, the heart could stop functioning. So as exertion increases and calcium is lost through sweat or concentrates in other areas like muscles, the body releases more parathyroid hormone (PTH) to restore the blood calcium level. It does this three ways:

The bone bank draw is turned on quickest – within minutes of even a small decrease of serum calcium, as expressed by rising PTH levels.

Bone breakdown in the cyclists was confirmed by an increase in the blood biomarker CTX, a collagen fragment, which indicates a catabolic response: calcium moving from the skeleton to the blood.

it so the muscles can keep contracting.’ – Wendy Kohrt, PhD

“That was a novel discovery,” Kohrt said. “I don’t think anybody believed that bone could respond to the need to mobilize calcium within minutes. We think of bone as being non-dynamic tissue, but within 15 minutes of starting exercise, we could see an increase in the CTX marker.”

“It really seems this elevated CTX level is an indication that the bone breakdown rate remains elevated during the exercise and at least four hours afterward,” she said. “So in our model with cyclists, if this happens every time they exercise, it’s causing a lot of calcium to be drawn out of the bone bank. We hypothesized – we haven’t tested this yet – that this could contribute to the decrease in bone mineral density over time.”

Preventing the movement of calcium from bone

Now Kohrt, who is vice president of the American College of Sports Medicine, is moving the research into a two-year proof-of-concept phase funded by the Veteran’s Administration. The study will enroll veterans and have them perform a one-month, monitored exercise regime.

If the study, which will also look for a notable increase in the bone-formation biomarker P1NP, yields similar results to past studies, “that will tell us that we should be doing something to try to limit the extent to which PTH increases during exercise, and thereby prevent this mobilization of calcium from bone,” Kohrt said.

If the proof-of-concept studies support Kohrt’s hypothesis of the mechanistic evidence of bone resorption (breakdown), the next phase will be a clinical trial of oral calcium supplements before exercise sessions to reduce the reliance on drawing calcium out of the bone bank. The trials could have important implications for physicians as they prescribe exercise to aging patients struggling with osteoporosis or other forms of diminished bone strength.

It’s well known that exercise is necessary for good bone health, Kohrt said. But if exertion occurs at high intensity and over extended periods, as in the case of competitive cyclists, it could have unfavorable effects on bone health.

“In the past we’ve recommended that people who exercise have adequate calcium intake because if you’re exercising to try to build or maintain your bone mass, exercise isn’t going to work very effectively if you don’t have the building blocks there,” Kohrt said. “Calcium is one of those building blocks. I really think the timing of calcium supplementation relative to exercise is going to be the critical factor for this mechanism we’re studying.” 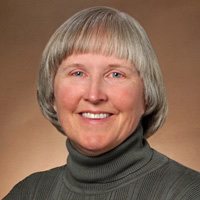