Parkinson’s disease is a neurodegenerative disease that affects 15,000 Coloradans. From feeling fatigued, depressed and anxious, to experiencing uncontrollable muscle spasms and tremors, symptoms can interrupt every aspect of daily life. Maureen Leehey, MD, has worked with Parkinson’s patients for over 30 years and is looking to the booming world of cannabis for a potential treatment.

‘Let’s do the research’

Leehey, a neurology professor and director of the Movement Disorders Division in the CU School of Medicine, believes cannbidiol, most commonly known as CBD, may provide some relief for patients. CBD is a chemical component of cannabis that has anti-inflammatory properties and does not produce the high associated with marijuana.

“There is a lot of literature that suggests CBD might slow down Parkinson’s disease,” she explained. “This research is in basic science and in animal studies. We really wanted to look at how it could potentially benefit our patients. So we thought let’s do the research.” 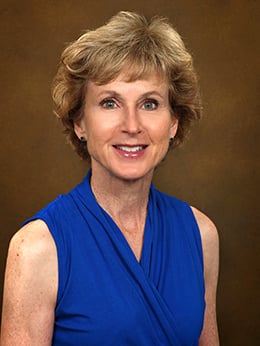 Maureen Leehey, MD, director of the Movement Disorders Division in the CU School of Medicine.

Studying cannabis in a rigorous, scientific manner is incredibly difficult. Due to its schedule I rating from the Drug Enforcement Administration (DEA), a prospective researcher must navigate a complicated regulatory pathway to administer it to study participants. However, this didn’t stop Leehey.

“Once marijuana became legalized recreationally in Colorado, our patients started asking about how it could help them,” she said. “There was a lot of interest, and we wanted to look at how we could help our patients make informed decisions about it.”

After almost two years of attaining compliance to a seemingly endless amount of governing bodies, Leehey’s tenacity paid off.

“We were fortunate in that CU Anschutz provided us with the resources we needed to overcome obstacles and really make this study possible,” she said. A special ventilated room was created for the study participants to consume the marijuana-type study drugs on site, and a storage site for these products was bolted to the ground under the protection of a dual-key lock.

Following regulatory approval, Leehey then received the funds from a grant from the Colorado Department of Public Health and Environment (CDPHE) to start her study.

Leehey was finally set to administer and monitor the effects of a CBD pharmaceutical on Parkinson’s patients. Thirteen patients entered the study and each was given approximately 400 mg of CBD to start; dosing was increased as appropriate.

Overall, the participants reported they felt less irritable and that they were sleeping better, Leehey said. They even saw that some of their motor symptoms, including stiffness and slowness, improved.

Although the participants experienced some mild side effects, the benefits were clear. These results, along with more anecdotal evidence from her patients outside of the study, encouraged Leehey to run another study. This time, she wants to look at the potential benefits of a small amount of THC combined with CBD in patients with Parkinson’s. She is actively recruiting for this study.

Leehey wants other researchers at CU Anschutz who are interested in cannabis to have support in their endeavors.

“CDPHE gave out a few grants for cannabis research,” she said. “We came together and navigated this research path.”

The awardees have since created a group called the Colorado Cannabis Research Consortium, the C2RC.

“Anyone who is really into cannabis research can be a part of this group,” said Leehey. “A lot of researchers get started and then run into problems. We have been there. We want to use this experience to mentor others and really get this research going.”

If you are interested in joining the Colorado Cannabis Research Consortium (C2RC), please contact Kirk Hohsfield at kirk.hohsfield@CUAnschutz.edu.