In the largest study of its kind, researchers at the University of Colorado Anschutz Medical Campus have found new clues into the parts of the human genome associated with the higher rates of asthma in those of African ancestry.

The study was published today in the journal Nature Communications.

Using advanced new technology, scientists were able to identify loci or locations on a specific chromosome that may put those of African descent at a higher risk of asthma.

They also discovered four chromosomal regions usually found in whites and Asians associated with asthma. One of those chromosomal areas is known as the 17q12 – 21 region.

Despite the high incidence of asthma among those of African ancestry, it has been historically underrepresented in genome-wide association studies (GWAS) even though the African genome is the most diverse on earth.

“In the largest GWAS of asthma in African ancestry populations to date, we found strong evidence for association at four previously reported asthma loci whose discovery was driven largely by non-African populations, and we also identified two novel loci on chromosome 8 that may be specific to asthma risk in African ancestry populations,” said the study’s first author Michelle Daya, PhD, assistant professor in the division of Biomedical Informatics and Personalized Medicine at the CU School of Medicine.

According to Kathleen Barnes, PhD, the senior author on the study and director of the Colorado Center for Personalized Medicine at CU Anschutz, those of African ancestry in the Americas and elsewhere suffer a disproportionate burden of disability, disease and death from common chronic illnesses like asthma and diabetes. Yet the group has been understudied. 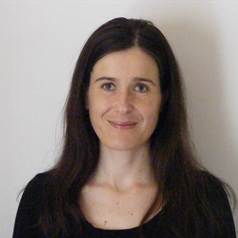 To better understand this population and its genetic impact, Barnes worked with the National Institutes of Health’s National Heart, Lung and Blood Institute (NHLBI) to create the `Consortium on Asthma among African-ancestry Populations in the Americas’ or CAAPA.

They sequenced the genome of 642 people of African ancestry from 15 North, Central and South American and Caribbean populations plus Yoruba-speaking individuals from Ibadan, Nigeria.

“NHLBI has been promoting basic research to understand the genetic contribution to asthma disparities across racial and ethnic groups, and the CAAPA is one of our major investments in this area,” said James Kiley, director of the Division of Lung Diseases at NHLBI and the NIH.

In this latest study, researchers looked at 7,009 asthma cases and 7,645 controls.

“From this study we can say chromosome 17q is important for the development of asthma not just in populations of European or Asian ancestry, but also those of African ancestry,” Barnes said. “This is a big step forward in untangling what is happening at this loci.”

The researchers were able to make these findings due to new technology like the development of the African Diaspora Power Chip in partnership with Illumina Inc. which allows for improved tagging and coverage of African ancestry genetic variation.

“We need to understand what is driving asthma in these populations,” Barnes said. “Now we have a much better genetic foundation for pursuing this.”

“Ultimately, we hope that a better understanding of the genetic risk factors for asthma in African ancestry populations will lead to the development of better therapeutic interventions,” she said.