Following an extensive analysis of published studies, researchers at the University of Colorado Anschutz Medical Campus have found that while suicide rates are higher at higher altitudes, they are unlikely caused by hypoxia, (low oxygen) at these elevations.

The study, published in the June edition of the journal High Altitude Medicine & Biology, says suicide victims at high altitudes differ significantly from those at lower elevations in demographics, mental health and suicide-related characteristics. 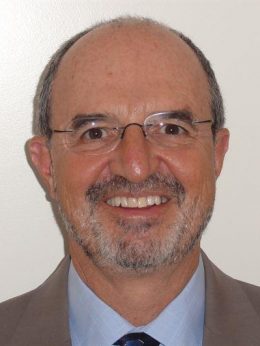 Dr. Ben Honigman, professor of emergency medicine and associate dean for clinical outreach at the Altitude Research Center at the CU School of Medicine.

“There other factors, rather than hypoxia, that are more likely and more plausible explanations for high suicide rates at high altitudes,” the study said.

This new research casts doubt on some longstanding theories seeking to connect the physiological effects of living at altitude with higher suicide rates.

“We looked at papers published through 2017,” said the study’s senior author Benjamin Honigman, MD, professor of emergency medicine and associate dean for clinical outreach at the Altitude Research Center at the University of Colorado School of Medicine. “Those that claimed a relationship to altitude and suicide also created a narrative that hypoxia was a significant cause.”

But when Honigman and his colleagues factored in social isolation, rural living, and access to guns into their analysis they arrived at a different conclusion.

“We found that there are higher suicide rates in some high altitude locations, but that the high altitude plays little or no role in suicide,” Honigman said.

Three of the studies reviewed speculated that suicide rates at higher altitudes could be tied to changes shown in mouse and rat brain chemistry related to hypoxia. The theory is that hypoxia causes lower levels of the neurotransmitter serotonin leading to depression, and increases in dopamine leading to impulsive behavior.

But Honigman said studies on mice showing changes in serotonin and dopamine levels were almost all done at simulated high altitudes of 18,000-25,000 feet where few people actually live, and beyond where any studies of high altitude and suicide have ever been conducted. Moreover, no studies have shown differences in these neurotransmitters in humans at high altitude.

Factors other than physiologic

Honigman explains this by saying suicide victims at high and low altitudes differed significantly by race, intoxication, firearms use, depressed moods prior to suicide and other financial and interpersonal problems. He also suggests that serious barriers to accessing mental health resources in crisis situations or low availability of emergency services including resuscitation often exist in these regions which may lead to higher mortality with suicide attempts.

“These issues appear to be more important reasons for differences in suicide rates than physiologic causes like hypoxia,” the study said.

Ultimately, Honigman said, many individual factors must be accounted for when assessing suicide in any setting.

“In this case, we do not believe that hypoxia plays a significant role in suicide,” he said. “Regardless of the cause, clinical professionals at high altitudes should be especially vigilant concerning this public health issue.”