Researchers examining understudied populations in Africa have found that skin pigmentation is far more varied and complex than previously understood. And that complexity increases nearer the equator. 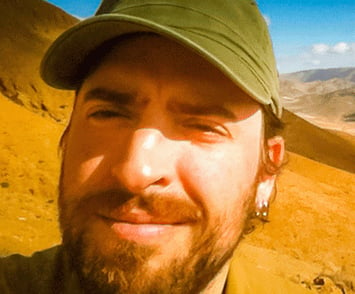 Associate Professor Chris Gignoux of the Colorado Center for Personalized Medicine at CU Anschutz is co-author of the study.

“Previous studies have focused on more homogeneous European and Eurasian populations and concluded that pigmentation was governed by just a handful of genes,” said study co-author Christopher Gignoux, PhD, MS, associate professor at the Colorado Center for Personalized Medicine at the University of Colorado Anschutz Medical Campus. “But in this study we looked at pigmentation among African populations and found a striking variability that has been underappreciated.”

The study, published in the November edition of the journal Cell, is the culmination of a decade’s worth of research involving scientists from CU Anschutz, the State University of New York at Stony Brook, Stanford University, Stellenbosch University, and the Broad Institute of MIT and Harvard.

The researchers studied two populations of the KhoeSan people, the Khomani San and the Nama. Both live in South Africa and have much lighter skin than other Africans who live closer to the equator.

Scientists conducted interviews, recorded height, age and gender and used a reflectometer to measure skin color of about 400 people. They discovered that skin pigmentation is highly heritable but that doesn’t explain its variance and complexity. Instead of a few genes controlling the process as many thought, they found far more genes involved, each one contributing something different. And many of the genes have yet to be discovered. Only about 10 percent of that previously discovered variation can be linked to genes impacting pigmentation in the KhoeSan.

One finding showed that the closer a population moves to the equator, the more genes come into play that can influence variability.

“Light skin pigmentation in the KhoeSan appears to be due to a combination of many small-effect mutations as well as some large-effect variants,” said the study’s senior author Brenna Henn, assistant professor of ecology and evolution at SUNY Stony Brook.

Some of those mutations, Henn said, may have arisen in southern Africa more than 100,000 years ago and were selected for in Europeans after they left Africa for higher latitudes where pigment lightens to absorb more sunlight which produces vitamin D and folate protection.

The researchers studied two populations of the KhoeSan people, the Khomani San and the Nama. Both live in South Africa.

“We argue that the distributions of skin pigmentation globally suggest different forces of selection operating at various latitudes,” Henn said.

In order to understand baseline pigmentation, she said, it’s important to study a large set of genetically diverse populations that have historically been exposed to different levels of ultraviolet radiation.

“At higher latitudes there is far less difference in skin pigmentation and that’s where most of the earlier research was done,” he said. “But there is more pigmentation variation on the African continent than any other place on earth and its needs further study."