With marijuana use during pregnancy on the rise, a new study led by the Colorado School of Public Health shows that prenatal cannabis use was associated with a 50 percent increased likelihood of low birth weight, setting the stage for serious future health problems including infection and time spent in Neonatal Intensive Care Units. 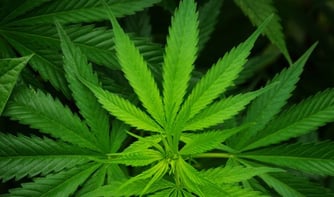 “Our findings underscore the importance of screening for cannabis use during prenatal care and the need for provider counselling about the adverse health consequences of continued use during pregnancy,” said the study’s lead author Tessa Crume, PhD, MSPH, assistant professor of epidemiology at the Colorado School of Public Health at the University of Colorado Anschutz Medical Campus.

The study was published last month in The Journal of Pediatrics.

Crume and her colleagues utilized survey data from 3,207 women who participated in the Colorado Pregnancy Risk Assessment Monitoring System in 2014 and 15. They found the prevalence of marijuana use in the state of Colorado was 5.7 percent during pregnancy and 5 percent among women who were breastfeeding. 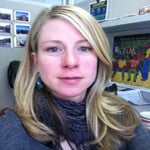 Crume said the numbers are surprising but also reflect changing attitudes toward marijuana, especially in a state like Colorado where it is legal.

“There is increased availability, increased potency and a vocal pro-cannabis advocacy movement that may be creating a perception that marijuana is safe to use during pregnancy,” Crume said.

The National Survey on Drug Use and Health suggests that cannabis use among pregnant women has increased as much as 62 percent between 2002 and 2014. At the same time, the potency of the drug has increased six or seven fold since the 1970s along with the ways it is consumed – eating, vaping, lotions etc.

“Growing evidence suggests prenatal cannabis exposure has a detrimental impact on offspring brain function starting in the toddler years, specifically issues related to attention deficit disorder,” Crume said. “But much of the research on the effects of prenatal cannabis on neonatal outcomes was based on marijuana exposures in the 1980s and 1990s which may not reflect the potency of today’s cannabis or the many ways it is used.”

The study found that 88.6 percent of women who used cannabis during pregnancy also breastfed. The risk of cannabis to the infant through breastmilk remains unknown. Various studies have found that cannabinoids are passed to the baby in this way. One of the study’s co-authors, Dr. Erica Wymore, MD, MPH, from Children’s Hospital Colorado and the CU School of Medicine, is currently conducting a study to evaluate this issue.

The researchers recommend that health care providers ask pregnant women about their cannabis use and advise them to stop during pregnancy and lactation.

“Obstetric providers should refrain from prescribing or recommending cannabis for medical purposes during preconception, pregnancy and lactation,” Crume said. “Guidance and messaging about this should be incorporated into prenatal care. And screening of pregnant women at risk for cannabis dependency should be linked to treatment options.”