Jill Penafiel (second from left) with her daughters and husband

Ten years ago, Jill Penafiel was watching her teenage daughters play competitive volleyball and noticed that she couldn’t see whether the ball went over the net or not.  She blamed her failing vision on age; after all, she was nearing 40. But when her left eyeball started to protrude slightly, she decided that “something is not quite right here.”

A trip to the doctor—the first of many—confirmed her suspicion. Her left optic nerve was swollen, pushing her eye forward. When she underwent a test of her field of vision, she kept asking when the test would start, not realizing that it had already begun. She was “flunking with flying colors.”

“The doctor said it could be MS or it could be a brain tumor,” she said. “I stopped listening after that. It was just too horrifying.”

Jill had been employed by the University of Colorado since 1993 and was working on the Anschutz Medical Campus at that time. There was no doubt in her mind that she would seek treatment at CU. But she could hardly have imagined the long path her care would follow—and the collaboration between multiple physicians that would ultimately save her vision.

In 2007, further testing showed that Penafiel had a meningioma—a benign tumor—almost as big as her thumb wrapped around the optic nerve and invading her brain. Kevin Lillehei, MD, professor and director of the Neuro-Oncology Program, remembers the tumor as “quite significant” because it had invaded the orbit, the bony socket that protects the eyeball and allows the optic nerve to pass from the eye to the brain.

“When you go into the orbit, you have all the tiny nerves feeding the muscles that move the eye and you put them at risk,” Lillehei said. “You can end up with good vision, but one eye doesn’t move like the other and that causes continuous double vision.”

Lillehei performed a frontotemporal craniotomy, going underneath the left frontal lobe, drilling away bone at the skull base and removing bone along the lateral part of the orbit. He removed the tumor piecemeal, stopping short of taking all of it because he believed it would be too risky—Penafiel could lose her vision in the eye.

She remembers the first eye test after the day-long surgery. “They handed me a tiny chart to read,” she said. “I could read it! And they were all so excited, saying, ‘She can see!’”

Lillehei remembers that day with characteristic understatement. “We were quite pleased.” 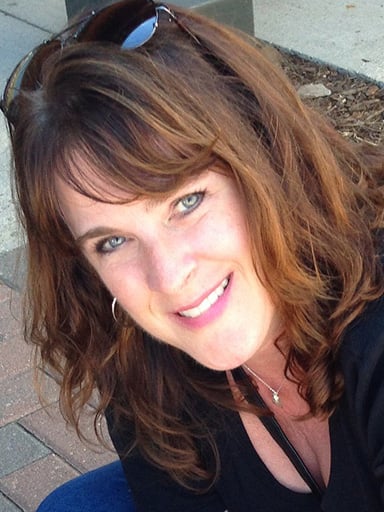 Like any person who experiences an unexpected health crisis, Penafiel asked, “Why me?” Lillehei may have provided a clue to that question when he told her that he thought the meningioma had been growing for as long as 20 years.

“He asked me what I was doing 20 years ago,” Penafiel said. “And I told him I was a teenager on scholarship living in Finland.” She arrived in the country in June 1986—five weeks after the catastrophic nuclear accident at Chernobyl. Living with a host family on an archipelago, Penafiel ate fish out of the Baltic Sea every day for three months while a radioactive cloud moved through the area.

“We have no way of knowing if this caused her meningioma,” Lillehei said. “Some are just spontaneous. But we do know that some can be induced by previous radiation. We are seeing that in a pediatric population about 15 to 20 years after they are treated with radiation. She fits that profile.”

Penafiel’s tumor was an atypical meningioma (WHO grade II), meaning it was particularly aggressive. “We knew this one had to be watched very carefully,” Lillehei said.

In 2007, after the surgery, she underwent 30 radiation treatments, spent nearly four months recovering her strength, and then put the episode behind her except for annual MRI tests to check on the original tumor.

Six years later, at Thanksgiving 2013, she received more bad news. The original tumor had not changed, but she had developed two additional meningiomas, one at top of her head and one on the side.

“I asked, ‘Why again?’” Penafiel said. “It was hard for my family to hear this news.”

“It was very frightening to her,” Gaspar recalls. “I had to reassure her.”

It took only about a week to recover from the stereotactic radiosurgery. Penafiel returned to her position at the CU Cancer Center, but not before Gaspar asked her what would prove to be a pivotal question. What kind of birth control was she on? Penafiel told her that she used a quarterly contraceptive injection of progesterone.

Recurrence: A great memory and a gut feeling

In December 2016, Penafiel was looking ahead to 2017. One daughter was graduating from college, she had a trip planned with both her daughters and she was exceptionally busy in her job as the CU Cancer Center Education and Program Manager. She was preparing for “Learn About Cancer Day” for 120 high school students, and managing the Cancer Research Summer Fellowship Program which brings in 40 college undergraduates from all over the U.S. to perform cancer research with CU’s top cancer physicians and researchers.

Then, on Christmas Eve, the phone rang. Lillehei was calling to say that her most recent MRI showed a new nodule at the site of the original tumor behind her left eye.

“He told me that it needed to be dealt with surgically because of the location,” Penafiel said. “It was urgent, and very tough to receive the news about a fourth meningioma.”

Lillehei planned to present the case to the January meeting of the Skull Base Tumor Board. Then, in what would prove to be a prescient move, Penafiel contacted Gaspar to ask if she would attend the board meeting. Gaspar had a gut feeling and a great memory. She asked Penafiel if she was still using the same kind of birth control. Penafiel said yes. With just a hunch, Gaspar dug deeper. She did some literature searches, with a sneaking suspicion the birth control was connected to recurring meningiomas.

“As luck would have it, I was getting together with Dr. D. Ryan Ormond to talk about recent research,” Gaspar said. “So I asked him if he advises people with recurring meningiomas to steer clear of progesterone, or am I the only one? And he said to me, ‘That’s so weird you should ask me about that.’”

Ormond, who is an assistant professor and director of the CU School of Medicine Brain Tumor Program, told Gaspar that he was researching the association between hormones and recurrent meningiomas. Although the research was not yet published, initial results showed that people on progesterone had a higher rate of meningioma recurrence compared to patients not on the hormone. That information was, Gaspar said, “good enough for me.” She called Penafiel to say that new research supported her hunch and advised her to change her method of birth control—immediately.

The future:  “I  am eternally grateful”

When the tumor board convened, the game plan for Penafiel changed dramatically.

“It certainly changed our mind from going in surgically,” Lillehei said.

Instead, Penafiel started a mild oral chemotherapy designed to attack the meningioma. She will not spend months recovering from surgery and radiation—all because of a conversation between two physicians that Gaspar says is indicative of the collegiality at CU Anschutz which leads to better outcomes and happier patients.

“A lot of things happen just because we talk to each other in informal ways,” Gaspar said. “We learn from each other.”

Lillehei praises Penafiel for her willingness to advocate for herself. “She’s been a trooper,” he said. “She knows what she is up against but she has a tremendous attitude. And after everything she has been through, her vision is 20-20!”

Penafiel is willing to talk about her decade-long care at the CU Cancer Center because she feels she was never alone in the journey. She calls herself a “brain tumor survivor,” and says she is fortunate to have her family and her physicians. “I don’t feel like I am just a case here,” she said. “I am a person. I know my doctors really care. And I am eternally grateful.”