The findings of the clinical trial, published today in the Journal of the American Geriatrics Society, could help reduce one of the leading causes of serious illness, debilitation and death among patients in nursing homes and other long-term care facilities.

"After studying these patients for a year, we found a 40 percent reduction in acute respiratory illness among those who took higher doses of vitamin D,” said the study’s lead author, Adit Ginde, MD, MPH, professor of emergency medicine at the University of Colorado School of Medicine. “Vitamin D can improve the immune system’s ability to fight infections because it bolsters the first line of defense of the immune system.”

Ginde said in older people that first line of defense is often impaired. But vitamin D can reinforce it and prevent illnesses like pneumonia, influenza and bronchitis. It may also prevent infections and exacerbations of Chronic Obstructive Pulmonary Disease (COPD) like emphysema. 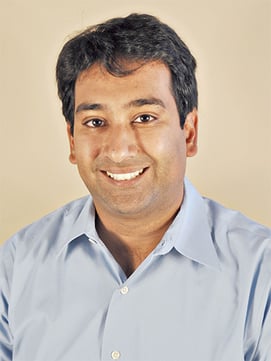 Adit Ginde, MD, MPH, professor of emergency medicine at the University of Colorado School of Medicine

The clinical trial, the first to examine vitamin D’s impact on respiratory infections in nursing home residents, looked at 107 patients with an average age of 84 over a 12 month period. Of those, 55 received high doses of vitamin D or 100,000 units monthly (averaging 3,300-4,300 units daily). And 52 received lower doses averaging between 400-1,000 units daily. Those with higher doses saw ARIs cut nearly in half. They also had over double the incidence of falls, the study said.

But Ginde said the primary finding that vitamin D can reduce ARI is a major step forward in treating these dangerous infections.

“This is a potentially life-saving discovery,” Ginde said. “There is very little in a doctor’s arsenal to battle ARI, especially since most are viral infections where antibiotics don’t work. But vitamin D seems able to potentially prevent these infections.”

He cautioned that the study is not definitive proof that vitamin D can prevent ARI but it suggests that it can and at little risk to the patient.

“If our results are confirmed by a larger trial, high dose vitamin D, ideally using daily dosing to minimize fall risk, has the potential for substantial public health benefit through ARI prevention for the large and growing population of long term care residents,” Ginde said.