It is with great pleasure that we announce the 2022 recipients of the CU College of Nursing Alumni Association Awards.

These incredible alumni are being recognized for their extraordinary contributions to the profession and community of nursing. Hear remarks from Dean Elias Provencio-Vasquez and CU Nursing Alumni Association President John Malsbary at the 2022 CU College of Nursing Alumni Association Awards on June 23, 2022 at 6:00 pm MDT. Please save the date for our celebration to recognize our awardees’ remarkable work and careers. 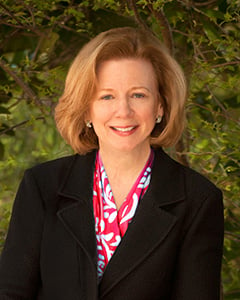 Class of 1983 PhD alumna Kristen Swanson, PhD, RN, FAAN, is an internationally known scholar and theorist of Caring Science. She is dean of the College of Nursing at Seattle University and Chair of the Board of Trustees of Swedish Health System.

Her research focuses on caring, responses to miscarriage, and interventions to promote healing after early pregnancy loss. Swanson’s caring theory has been used to guide practice, education, and research in schools and healthcare settings around the world. It evolved from her empirical clinical research, which generated 5 caring processes inherent in professional nursing practice: knowing, being with, doing for, enabling, and maintaining belief.

Swanson previously served as Dean and Alumni Distinguished Professor at the University of North Carolina - Chapel Hill School of Nursing and Associate Chief Nursing Officer for Academic Affairs at UNC Hospitals. She has been a visiting professor in the United States, England, Thailand, Taiwan, Columbia, and Sweden, and is frequently invited to consult on strategies to create and sustain a culture of patient-centered caring in health care settings. She is an alumna of the Robert Wood Johnson Executive Nurse Fellows Program and CU Nursing PhD program. In 2020, Swanson was inducted into the Washington State Nursing Association Hall of Fame in recognition of her dedication to nursing and significant lifetime achievements. 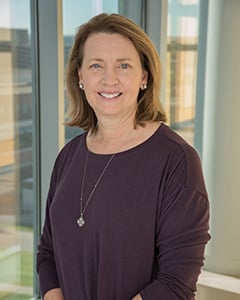 Jennifer Disabato, DNP, CPNP-PC, AC, is an associate professor at the University of Colorado College of Nursing and holds a joint appointment as an associate professor of Clinical Pediatrics at the CU School of Medicine. Disabato graduated from CU Nursing with her MS in 1986 followed by her DNP in 2012. She was the founding MS specialty director for a new Acute Care Pediatric Nurse Practitioner program and continues to teach in the program.

Disabato’s academic scholarship interests are in the area of Pediatric to Adult Health Care Transition for adolescents and emerging adults with chronic conditions. She is a leader at Children’s Hospital Colorado (CHCO), having earned a grant to support a successful expansion of the interventions to all pediatric neurology patients, and is a co-leader for CHCO hospital-wide transition initiatives. Nationally, Disabato has participated in numerous collaborations related to adult care transition. In addition, Disabato is a co-author of the National Association of Pediatric Nurse Practitioners (NAPNAP) position statement on Pediatric to Adult Transition published in 2020 and has represented NAPNAP at the NIH National Institutes of Nursing Research Roundtable on Transition to Adult Care for those with chronic conditions. In 2020 she was invited to join two national initiatives focused on improving transition to adult care for youth with pediatric-onset conditions: The American Academy of Pediatrics National Coordinating Center for Epilepsy Adult Health Care Transition Toolkit Committee and the joint American Academy of Neurology/Child Neurology Foundation Transition Planning Advisory Committee. Committed to promoting the role of the pediatric NP, Disabato has served on the Board of the Colorado Rocky Mountain Chapter of NAPNAP for several years and served as president from 2020 to 2021. 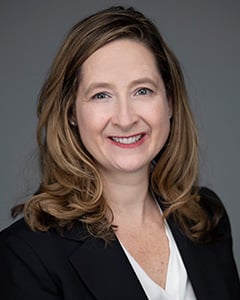 Sarah Birch, DNP, APRN, CPNP-PC, is the director for Advanced Practice Providers at Children’s National Hospital and assistant professor of Pediatrics at George Washington University School of Medicine. Her scholarship, expertise, and interests include Advanced Practice Provider Utilization and Role Development, Quality Improvement, Health Policy, Program and Curriculum Development, Nursing Leadership, Global Health, and Disaster Nursing. Birch is a triple alumna of the CU College of Nursing, having earned her BSN, MS, and DNP in 2004, 2006, and 2007 respectively.

Birch is the program director of the TOMODACHI Disaster Nursing Training Program. The program was launched in 2015 in partnership with Children’s National, US-Japan Council TOMODACHI Initiative, and Johnson & Johnson Family of Companies Tokyo. It aims to foster disaster nursing knowledge and leadership for nursing students in Japan and has 35 alumni successfully leading disaster relief. 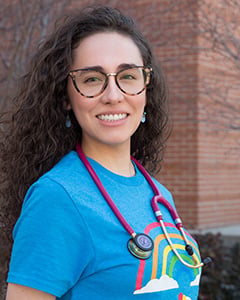 Omarah Macias, BSN, is a pediatric nurse at Children’s Hospital Colorado. She graduated from CU College of Nursing in 2021 with her BSN. In 2014 Macias earned a Bachelor of Arts in Psychology from Cornell University. After graduating she worked at a mental health facility where she observed and gained experience alongside nurses, realizing her passion for nursing before switching career paths.

During her time at CU Nursing, Macias was a part of the honors program, served as vice president of the Student Nurses Association, and even co-founded a student organization called Future Voices.

At the height of the outrage about the treatment of Black Americans and the death of George Floyd, Macias reached out to CU Nursing leadership asking it “not to turn a blind eye” to what was happening nationwide. Macias heard back from the assistant dean of student affairs and diversity, and she was invited to a greater diversity, equity, and inclusion meeting for faculty. Macias quickly realized the group was missing a critical voice – that of the student – and decided to start an organization just for them. Future Voices is dedicated to amplifying underrepresented voices. The group stands for diversity, equity, and inclusivity at the College of Nursing. Their goal is to take collective action in support of anti-racist and anti-oppressive ideas and foster a more inclusive campus.