Kristen Wessel (BSN, ’19) was 4 years old when her grandmother was diagnosed with early-onset Alzheimer’s. She couldn’t spell the word, let alone understand the gravity of the disease.

But by age 14, when her grandmother died unable to even speak anymore, the memories of watching the suffering were so strong, they unknowingly set a foundation for Wessel’s future.

Wessel graduated from the University of Colorado College of Nursing’s online RN to BSN Nursing Program in December. 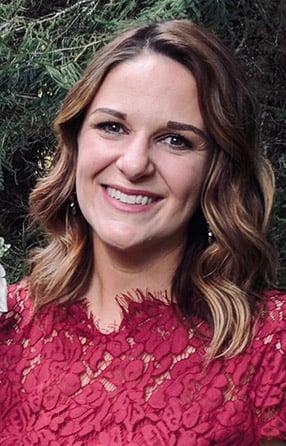 “She lived with us for a while, but her dementia was just too bad,” Wessel said of her grandmother. “She’d be up in the middle of the night not knowing where she was. It was tough for my mom with young kids.”

Wessel’s mother, a nurse, eventually took a job as a nursing director for a long-term nursing facility. She then moved her own mother into it, so she could monitor her care.

Wessel hopes, with her new BSN in hand, she can help effect change so others find an easier route to good care.

“I believe that our healthcare system needs some TLC and some real changes,” said Wessel, who earned a biology/pre-optometry degree in her home state of Kansas before realizing her nursing passion.

After earning her RN, she worked largely in acute care for 12 years, where she saw too many dementia patients alone in the emergency room with no family advocates and few community resources for backup, she said.

“I did my final leadership project for my last class at CU Nursing on elevating the care of dementia patients in the hospital,” said Wessel, a nursing supervisor at Sky Ridge Medical Center in Lone Tree.

“I’ve had colleagues at Sky Ridge who spoke highly of the program. And its being online was a big part of my choice. It was really important that I stayed working full time.” — Kristen Wessel (BSN, ’19), on choosing CU Nursing’s RN to BSN online program.

Highly recommended by Sky Ridge colleagues, CU Nursing was Wessel’s choice for furthering her education and meeting her goals. She chose the flexible online program so she could continue to work.

“My husband and I had just bought a house. It was really important that I stayed working full time,” said Wessel, who was able to fulfill her practicum requirements at her own job.

Instructors were skilled and responsive in helping her navigate the online program, and having a mix of nursing levels for peers (from brand-new to veteran) also proved beneficial, she said.

“I found I enjoyed getting fresh perspectives from students who hadn’t had nursing experience yet,” she said. “And I also found the mentoring side of it fun.”

Wessel teaches part-time at Arapahoe Community College as an adjunct clinical instructor in nursing and eventually hopes to take advantage of another door her BSN has opened: graduate school.

“I think I was destined to become a nurse,” Wessel said. “I think we owe it to our elders and our future selves to make the effort now to improve the healthcare system, especially for those who suffer from dementia and other mentally challenging diagnoses who don’t have anyone to speak up for them.”