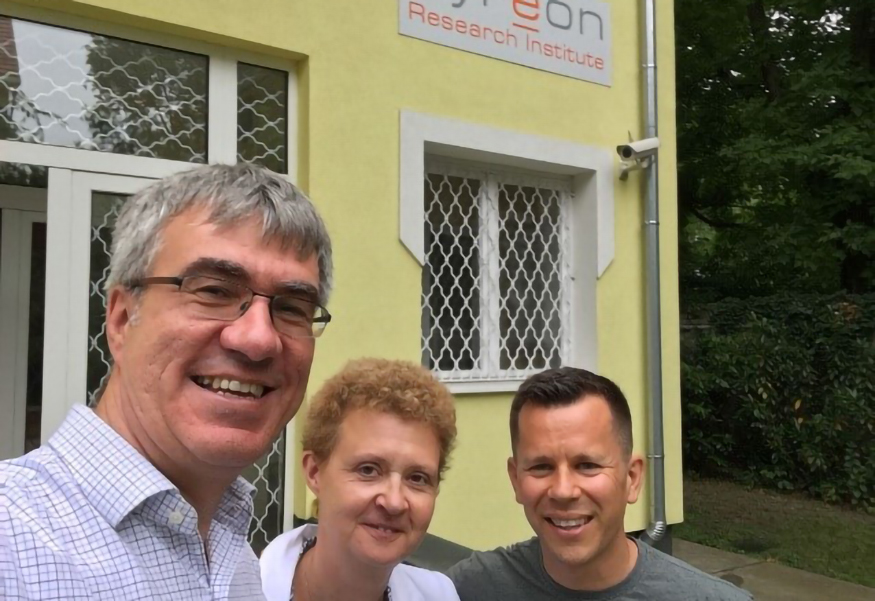 Home News A Hungary Sabbatical: Q&A with Dr. Jon Campbell back to News

When typing the term sabbatical into Google, out spits the following, “a period of paid leave granted to a university teacher or other worker for study or travel, traditionally one year for every seven years worked.” Toggling to Wikipedia yields, “In recent times, "sabbatical" has come to mean any extended absence in the career of an individual in order to achieve something. In the modern sense, one takes sabbatical typically to fulfill some goal, e.g., writing a book or traveling extensively for research.” University of Colorado Skaggs School of Pharmacy and Pharmaceutical Sciences faculty member Jon Campbell, PhD, recently got to take a sabbatical and chose to go to Hungary. We sat down with him to ask a few questions about the goals he fulfilled and his experience.

1. First, why did you pursue a sabbatical?

This sabbatical seed was planted long ago; approximately around the time I joined the faculty at CU in 2009 or perhaps even before when I had heard of my mentor’s sabbaticals. Or, perhaps even before that when conversing with a childhood friend’s parents about their academic jobs and hearing of this crazy idea about achieving job security like few other professions while also offering paid leave to pursue independent research. The sabbatical became a possibility with promotion to Associate Professor; it became a reality thanks to SSPPS and University of Colorado, to research collaborators here in Colorado and in Budapest, and to my family (wife, Chris, and kids Greta, 10, and Erika, 8) who were willing and able to go on this adventure. We harvested fruit from this sabbatical seed. It was better than expected and similar to biting into a perfectly ripe and juicy Palisade peach. This fruit had foreign textures like that of the fuzzy peach peal hitting your tongue, it had its share of pits that maybe even clung to the meat at times, and this fruit had mouthwatering flesh that satisfied and nourished.

Going into this sabbatical, I knew that leaving home and living abroad (not a requirement of sabbaticals, but a part of my plans for this particular one) would be disruptive to me and all members of the family. I suppose that is the point of a sabbatical – to shake things up, to be open to new ideas and change, and to come out of the experience a wiser and more well-rounded person.

2. You originally planned on two sabbatical sites but that changed to the one before you left, you went to Hungry, did that change end up working out better?

Prior to drafting the CU-required sabbatical plan, I had preliminary conversations with Professors Siebert and Kalo who are both in my researcher network from the International Society for Pharmacoeconomics and Outcomes Research (ISPOR). Both Professors Siebert and Kalo confirmed that they would be willing to collaborate with me during my sabbatical leave. My sabbatical plan was drafted and signed by me on August 1, 2017. After August 1st, I had phone conversations with Professors Siebert and Kalo. It became clear that I would not be able to achieve the planned objective of developing meaningful relationships with both research groups in Austria and Hungary. The main reason for a change in my approved plan was identified in a follow-up phone conversation with Professor Siebert in late August. Professor Siebert shared that he had recently decided to go on a sabbatical leave outside of Austria for nearly all of my sabbatical leave period. Further, during my second call with him, he suggested that I choose only one sabbatical site given that my leave was at most six months in duration (rather short in his opinion, to establish meaningful relationships and research products with two groups). After considering this advice and having another phone conversation with Professor Kalo in Budapest, I decided to devote my efforts to collaborating with Professor Kalo and colleagues in Budapest, Hungary at Syreon Research Institute (SRI). The logistics related to this sabbatical leave included me traveling with my wife and two children, ages 8 and 10 years old. Therefore, choosing to have only one home base during six months also seemed more feasible compared to arranging for two longer-term stays in two foreign countries. I think we made the right decision.

3. You have already published two articles related to new research with sabbatical colleagues; briefly talk about that research.

Multicriteria decision analysis (MCDA) is a new method for me. By joining the SRI group in Budapest for six months, I wanted to learn aspects of this new method and apply it to situations in the US. MCDA is an evidence-based way to help make complex decisions more transparent and reproducible. The method facilitates the identification and quantification of contributing components of a decision that often are at odds with each other. The work I coauthored with SRI colleagues was based on prior experiences the SRI team had with using MCDA to help developing countries make decisions about what drugs to include within their health benefit for their citizens.

In light of President Trump’s blueprint to lower drug prices, I had discussions with Professor Kalo related to how we might define fair drug pricing within and across countries. These discussions led to a commentary article on the topic of fair global drug pricing. Drug pricing is a hot topic within and outside the US. My future lines of research in collaboration with other CU Pharmacy Center for Pharmaceutical Outcomes Research faculty and students, as well as outside collaborators such as SRI colleagues, focus on understanding and measuring the value of pharmaceuticals and how this translates to pharmaceutical-related policies such as payer coverage and reimbursement decisions. 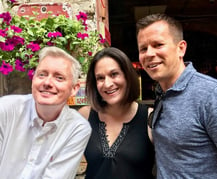 4. Talk about some of the other things you were able to accomplish during your sabbatical time

Given that my sabbatical was also a family experience including for my wife and two kids, we had a number of goals outside my CU-related objectives. Family accomplishments included quality time spent together, travel (such as Greece, England, Austria, and many places within Hungary), living in an urban environment without a car, reliance on public transportation, learning basic Hungarian phrases, tasting new foods, and new friendships for all members of the family. Chris continued to homeschool the kids in Budapest, but we also found an English-speaking afterschool program that both Greta and Erika participated in twice a week as well as piano lessons taught in English (our apartment had a piano in it!). These programs allowed the kids to interact with other English-speaking kids in Budapest and formed meaningful friendships and time away from mom and dad… One thing we noticed about the kids upon our return was that they seemed to mature quite a lot and now have more confidence to navigate life.

5. The colleagues you worked with in Hungary, do you see those relationships continuing and continuing to work with them in the future?

Yes, absolutely. Since returning from my sabbatical in early July, I have already been back to Budapest once, in October. SRI was celebrating their 10-year reunion and invited me to attend this event. I have three research proposals that are under review in collaboration with SRI colleagues and have a number of other ongoing research projects with them. I am looking forward to seeing some SRI colleagues at the ISPOR Europe conference in November where Dr. McQueen and I will be presenting a workshop on cost-effectiveness methods and controversies alongside SRI colleagues. This will be another touch-point to revisit ongoing and future research opportunities with SRI. 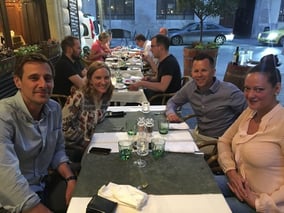 6. You said the sabbatical gave you an opportunity to revisit what is most important in your professional career, what is that to you?

I place heavy weights on two aspects of my professional career: independence, and working with others. As an associate professor, I have demonstrated evidence of being an independent researcher. I highly value this independence to choose, given some constraints such as funding and expertise, what areas to pursue and how to make a difference in my career. This independence offered by an academic career is something I want to continue to hold near. Although my scholarship has implications for making our health care more efficient and therefore making positive change, another aspect of my career that I cherish is working with curious, courteous, and creative people to accomplish common goals. I am so thankful for my colleagues within the Center for Pharmaceutical Outcomes Research, CU Pharmacy, and outside of our school who continue to challenge me and keep my job both perplexing and rewarding.

7. You also said that 2018 has been your most productive research year-to-date, with around 20 peer-reviewed publications being logged within the year. What do you attribute that to?

Publications are often considered the end product of academic research. I could attribute at least part of this level of research productivity to the sabbatical as the sabbatical allowed me more uninterrupted time to spend on research. Although this is accurate, the truth is that I have built many collaborative research relationships over the past five or so years and a lot of these have begun to pay off in the last few years related to publications. 2018/2019 is also a time for me to begin to think about new research opportunities and the sabbatical was also instrumental in giving me time and space to look toward the future.

8. Anything that surprised you during your sabbatical?

Given that I did not know many of the people at SRI prior to joining their group, I was pleasantly surprised at how welcoming and collaborative the researchers at SRI were. I was also pleasantly surprised at how sophisticated the SRI research operations were. Budapest and SRI turned out to be a fantastic environment for me to spend this sabbatical.