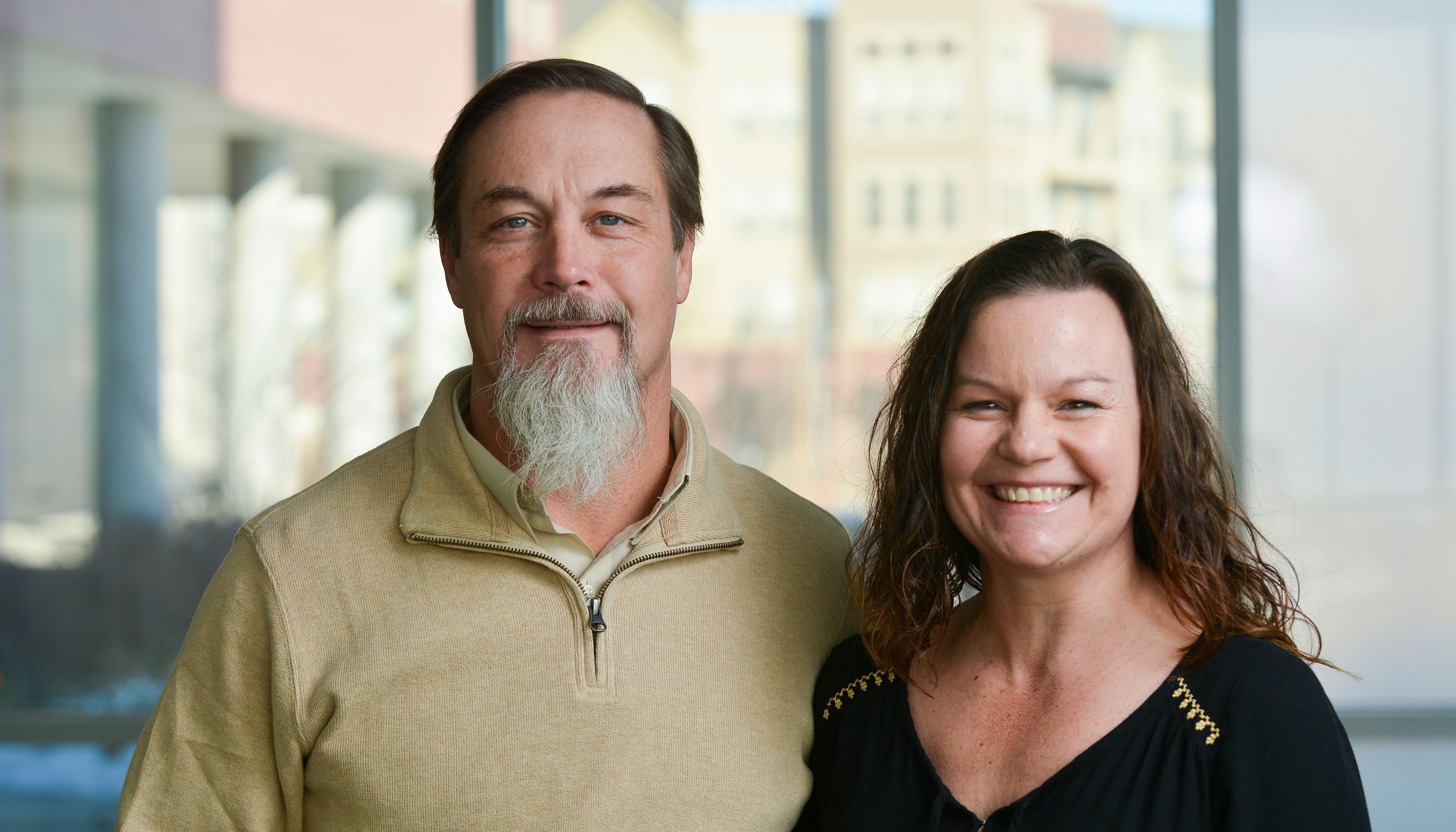 Viruses and bacteria aren’t the only things that grow in labs. Love does, too.

Just take Nichole Reisdorph’s lab where three couples are married to each other. 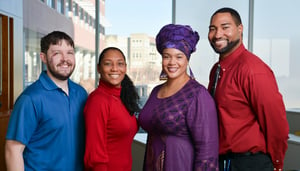 Photo by Patrick Campbell/University of Colorado

Specializing in asthma and chronic obstructive pulmonary disease (COPD) research, Associate Professor Reisdorph leads the school’s Mass Spectrometry Facility, assisting researchers at the university with proteomic and small molecule research. With 13 employees, Reisdorph’s lab is a little larger than most. But it’s not the size of the lab that’s unusual. It’s the fact that nearly 50 percent of the employees in this one lab comprise a couple.

Being married and working together at the school is not that unusual.

In fact, there are 12 married couples who work here, but most don’t work side by side together in a lab. Couples married to the job include Raj and Chapla Agarwal, Swati Bandi and Surinder Singh, Beverly Brunson and David Thompson, Carlos and Colleen Catalano, Sam Ellis and Cindy O’Bryant, Ty and Jen Kiser, Daniel LaBarbera and Qiong Zhou, Monika and Wes Nuffer, and Jenn and Toby Trujillo, as well as the three in Reisdorph’s lab:  Associate Professors Nichole and Richard Reisdorph, and Post-Doctoral Researchers Charmion Cruickshank-Quinn and Kevin Quinn and Marc Elie and Yasmeen Nkrumah-Elie (all PhDs).

Love may be in the air at the school, but it’s not contagious as most of the couples were married prior to joining the school.