Sandra Leal, a 1999 CU Pharmacy graduate and EVP of TabulaRasa Healthcare, is the new president of the American Pharmacists Association (APhA), the largest association of pharmacists in the United States and the only organization advancing the entire pharmacy profession. Leal officially assumed her three-year leadership term at the 2021 APhA  Annual Meeting and Exposition on March 15. 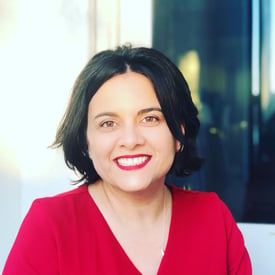 President of the American

“I’ve been a member for pretty much my entire career,” Leal said. “APhA has been a really supportive professional organization.” As she starts in her new role, Leal said her goals are to continue to emphasize the vital role of pharmacists in a clinical care setting. “My goal is to continue to focus on the value of pharmacists,” she said. “We really have a role that makes sure patients are having the best outcomes.”

A passion for service

When Leal was growing up in Nogales, Ariz., her family depended on pharmacists across the border in Mexico for medical care. Today, Leal, PharmD, MPH, FAPhA, CDCES, has devoted most of her career to helping underserved, low-income patients access quality health care from pharmacists.

“My parents only spoke Spanish. There was a language barrier in Arizona when accessing healthcare providers,” Leal recalls. “The pharmacists in Mexico spoke Spanish and always knew what bug was going around. We would walk across the border to Mexico to talk with the pharmacists and walk out with a treatment that we could understand and that was affordable.”

“I knew I was going to be a pharmacist in the 11th grade, but it was hard work, and I had multiple jobs all the way through school,” said Leal, who graduated from CU Pharmacy as class valedictorian. “It is always amazing to me that I was able to accomplish what I did.”

After graduating, Leal did a pharmacy residency at the U.S. Department of Veterans Affairs in Tucson and later a fellowship at the U.S. Department of Health and Human Services. In 2001, Leal joined the El Rio Community Health Center, which serves the medical and dental needs of more than 100,000 people. She became El Rio’s clinical pharmacy director and medical director of its Broadway Clinic, where she worked with the center’s providers to help patients manage their diabetes, high blood pressure and other chronic illnesses.

“My favorite type of work was when I could talk with people. My experiences with patients made me proud of my career choice,” said Leal. “Patients from my days at El Rio still call me to thank me.” Leal also became the first clinical pharmacist in Arizona to earn limited prescribing rights to help patients with chronic conditions under collaborative practice agreements.

“Being a pharmacist has evolved so much,” Leal said. “Pharmacists aren’t just dispensing medications. Pharmacists are one of the most trusted positions in medicine. People believe what we say and they can come to us, talk with us and get help.”

In 2015, Leal joined SinfoníaRx, a subsidiary of TabulaRasa health care company in Tucson that helps patients with chronic illnesses manage their health and medications. She was recently promoted to vice president of innovation for TabulaRasa.

“Her story is one about the ‘American Dream’ from childhood to CEO,” said CU Pharmacy Dean Ralph Altiere. “Sandra is a true asset to the field of pharmacy, and her story will inspire others. We were fortunate that she chose us to help her get started on her remarkable journey.”