Denver made history this month by effectively decriminalizing psychedelic mushrooms — and experts at the University of Colorado Skaggs School of Pharmacy and Pharmaceutical Sciences say the vote marks an important development for the drug, but only time will tell of its impact in a clinical setting.

The initiative, which passed by a close margin and was certified by the city of Denver on May 16, means that arresting anyone for personal possession, consumption or growth of “magic mushrooms” is a low priority for law enforcement. It also prohibits Denver from using city funds to prosecute similar cases.

Hallucinogenic mushrooms haven’t been fully legalized — and unlike marijuana, people won’t be able to legally buy and sell them in the city.

But Dr. David Kroll, a CU Pharmacy professor and the director of masters and certificate programs, said the vote comes on the heels of a big development for psilocybin, the hallucinogenic chemical derived from mushrooms that was recently granted “breakthrough therapy” designation by the Food and Drug Administration.

He said he suspects pure psilocybin will be a FDA-approved drug within the next five years. And researchers are currently in the process of learning more about it. 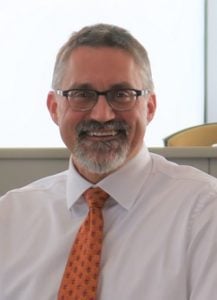 “Research teams at Johns Hopkins and NYU (New York University) have been investigating how a professionally-guided psilocybin experience (in a clinical setting that’s set up like one’s living room with soothing music and a professional facilitator) has had long-term effectiveness in helping terminal cancer patients come to acceptance about their impending death, as well as people with treatment-resistant depression and substance dependence issues,” he said.

At the Skaggs School of Pharmacy and Pharmaceutical Sciences, experts have been keeping an eye on the developments in the clinical applications of psilocybin.

Dr. Jacci Bainbridge, a professor in the Department of Clinical Pharmacy, has conducted several cannabis trials, sees patients with post-traumatic stress disorder and depression and follows the mental health aspect of mushrooms in both areas. She said she thinks time will tell if the initiative will have an impact on clinical care, and in Denver, it could depend on the answer to a major question: Did people show up to vote because they have a therapeutic need for mushrooms?

As a result of the measure, residents might be able to legally grow and use small amounts of the drug on their own. The city is currently in the process of determining what personal use will look like, according to news reports.

Because of this, Bainbridge said, “it may decrease the use of traditional anti-depressants and antipsychotics in patients with marginal therapeutic benefit and side effects.”

Bainbridge said there are therapeutic benefits to psilocybin for patients who have PTSD or refractory depression, meaning traditional treatment efforts have failed.

Still, she cautioned people who are considering using psilocybin. 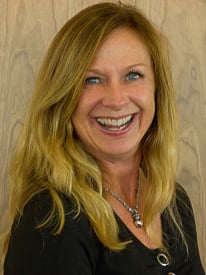 “I think this should only be attempted with experienced supervision or a trained practitioner to help with the anxiety and keeping the person from making bad decisions with under the influence,” she said, adding it’s also important to make sure not to take too much of the drug.

Additionally, side effects include severe nausea and vomiting, as well as some anxiety.

Kroll, who teaches in CU Pharmacy’s Integrative Health and Medicine Certificate, sees use of psilocybin at home as a real concern. CU Pharmacy’s IHM certificate was created to address the need for training healthcare professionals in the safe and effective use of IHM and combines conventional western medicine with complementary and alternative medicine.

“The IHM angle is that folks will be taking mushrooms, one, on their own without professional facilitation and in questionable environments,” he said. “And, two, they will not be getting a standardized and known dose of psilocybin (usually 10 milligrams per experience).”

When it comes to research, and learning even more about psilocybin, Bainbridge said Denver’s initiative will likely follow the same path as another drug Colorado made history with.

“Just as with marijuana, this is Schedule I by federal law, so it’s still limiting our research efforts,” she said.