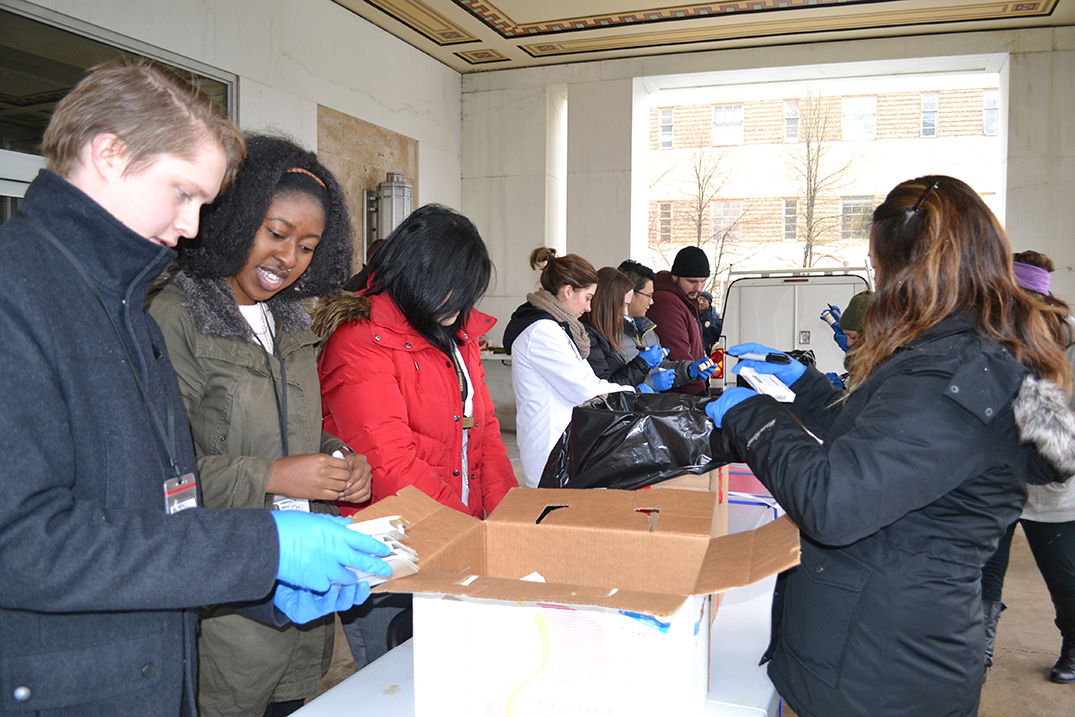 Home / News / Take Back Hauls Hundreds of Pounds of Meds

From coffee cans to briefcases filled with expired and unused medications, students from the University of Colorado Skaggs School of Pharmacy and Pharmaceutical Sciences assisted law enforcement and the Drug Enforcement Administration (DEA) with its annual prescription drug take back event Saturday, April 30 at a variety of locations throughout the state.

For four hours on a cold, snowy day residents drove up in their vehicles and handed over their unused, expired and unwanted over-the-counter and prescription medications. Pharmacy students, volunteers, police departments and the DEA hosted events at more than 140 locations including the Anschutz Medical Campus, Loveland, Buena Vista, and Salida.  A special guest stopped by at the CU-Anschutz Medical Campus location -- Attorney General Cynthia Coffman -- mingled with the students and law enforcement and dropped off medications she had collected from her medicine cabinet.

Police directed the line of vehicles, took the medications (often in bags) and handed them over to volunteer students from the University of Colorado-Denver Skaggs School of Pharmacy and Pharmaceutical Sciences. The students, in turn, used Sharpies to redact personal information from packaging, sorted medications and disposed of them in large black trash bags, which then were collected by the Police and transported to the DEA for incineration. The Loveland site collected more than 800 pounds of medications, while the Anschutz location collected 405.25 pounds of medications during the four hours and added another 95.75 pounds from the campus' permanent drop box for a total of 500.75 pounds.