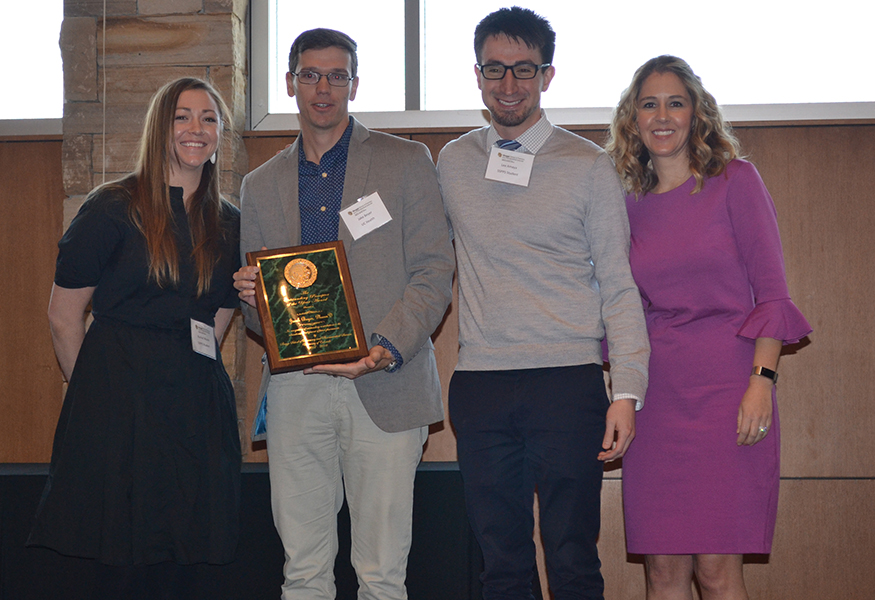 The ceremony is held to honor preceptors who have made marvelous contributions in the experiential teaching of students. Award winners are recognized in front of their peers and the students who nominated them. This event experienced many firsts this year. This was the first year that is was held on a Saturday, which allowed more preceptors from rural and remote areas to attend. Also, this was the first year that the “Emerging Leader in Precepting” award was given at the award ceremony. This recognition was designed to acknowledge a preceptor who has only precepted for a short time, but who has received several nominations, collaborated with the school experiential initiatives, or both.

Cody Taylor, this year’s Emerging Leader in Precepting winner, is a pharmacy manager for Valley Pharmacy.  One of his nominations stated that “He focuses on being the best version of himself as a pharmacist which is something that I will try to emulate going forward in my career.” 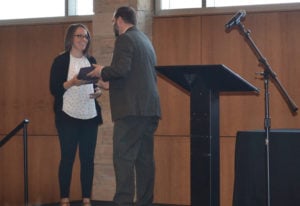 Emily Kosirog was selected as this year’s Ambulatory Care award winner.  Dr. Kosirog is a clinical pharmacist at Salud Family Health Center in Brighton, CO.  She was recognized for her teaching style and exceptional mentorship.

Toral Patel was selected as this year’s Health-System/Hospital award winner.  Dr. Patel is a pharmacist with the Internal Medicine Team at UCH. She was recognized for her efforts in developing and implementing a new IPPE program at UCH, in addition to her multiple nominations from students.

Tammy Lopez was selected as this year’s Community Pharmacy award winner.  Dr. Lopez is a pharmacy manager at City Employee Pharmacy in Colorado Springs, CO. Her pupils believe that “She is the true definition of what a preceptor and pharmacist should be, one who listens and cares and goes over and beyond for her patients and students.” 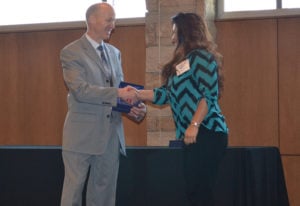 William Finn, MD, was selected as this year’s Medical Provider award winner. Dr. Finn is currently serving as the Chief Medical Officer at the Southern Ute Health Center in Ignacio, CO. One of the reasons he was nominated was because “Dr. Finn respects pharmacy which shows the benefits of inter-professional relationships.”

Jacob Beyer was this year’s Outstanding Preceptor of the Year award, which is the highest honor the school bestows on a preceptor.  Dr. Beyer in an ICU pharmacist at UCH, and received multiple nominations from students both this year and last year. His students appreciated the fact that he tailors their rotation experiences to their learning styles, as every student learns a bit differently. 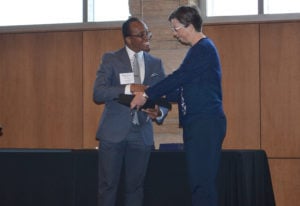 Susan Finstrom was recognized as the Orator of the Year for her work in the CU Pharmacy Speakers’ Bureau. Her efforts have helped further develop, “the visibility and awareness of pharmacy as an option for promising students looking for a profession that aligns with their interests. Her contributions go beyond the number of  presentations and events participated in.”