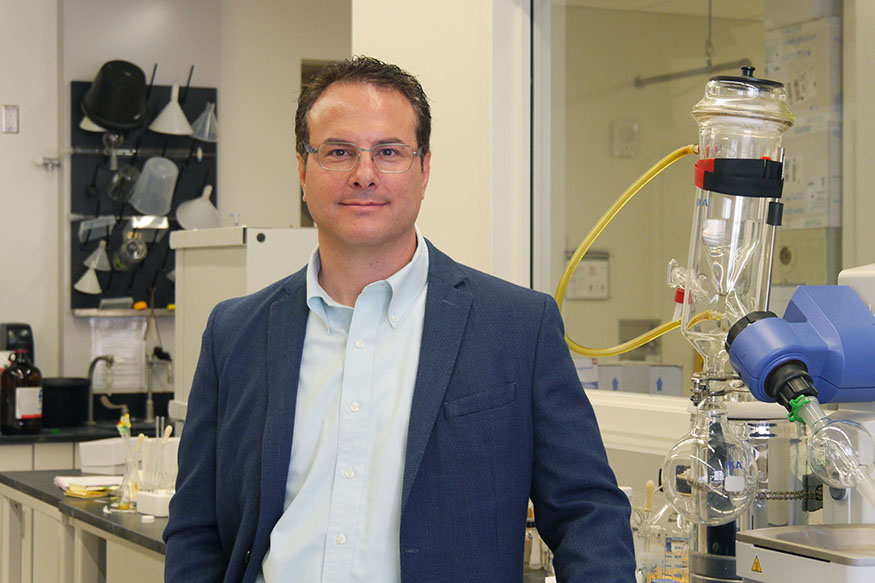 Researchers at Skaggs School of Pharmacy and Pharmaceutical Sciences at the University of Colorado Anschutz Medical Campus (CU Pharmacy) and UC San Diego have found that compounds produced by the creosote bush, a desert plant common to the southwestern United States, exhibit potent anti-parasitic activity against two deadly parasites. One of these parasites (Giardia lamblia) is responsible for giardia infections - common to campers and hikers; the other, (Nagleria fowleri) causes an often-lethal form of encephalitis. Current treatment for both infections rely on antibiotic and anti-parasitic drugs.

The findings, published online Aug. 9 in PLOS Neglected Tropical Diseases, may give researchers the chance to widen their arsenal of antimicrobial agents, effective against deadly parasitic infections.

The World Health Organization estimates giardiasis, a diarrheal illness, is linked to approximately 846,000 deaths around the world each year. Infection usually occurs through ingestion of contaminated water or food. Though rarely lethal in the United States, it's estimated there are more than 1 million cases of giardiasis in the country annually.

Infections due to N. fowleri, sometimes called the 'brain eating amoeba,' are much less common than Giardia. "However, it is a far deadlier parasite than giardia. It is found in warm fresh waters and infects the central nervous systems of their victims through the nasal passages causing lethal brain damage known as primary amoebic meningoencephalitis (PAM)," said principal investigator Dan LaBarbera, PhD, associate professor of drug discovery and medicinal chemistry, at CU Skaggs School of Pharmacy.

Due to N. fowleri's rapid infection cycle and high mortality rate, the CDC has been given special approval to provide the drug miltefosine for clinicians to use as a treatment option for these infections. But it is still not FDA approved and has limited availability in the U.S.  New compounds derived from the creosote bush may provide less expensive, and more effective treatment options.

Dan LaBarbera from CU and Anjan Debnath from UCSD collaborated on this project as part of the Skaggs Scholars program, funded by The ALSAM Foundation. The program matches investigators with complementary, but different expertise, and is aimed at discovering breakthrough new drug therapies.

UCSD scientists provided expertise in parasitology, while CU scientist provided expertise in natural products and compound libraries. The researchers developed an interest in these tropical diseases because of their occurrence in Mexico and South America, and because indigenous peoples have been treating various infections with creosote compounds for many years.

"The significance and intrigue of our study is that it shows the value of prospecting for new medicines from plants traditionally used by indigenous people as medicine," said co-principal investigator Anjan Debnath, PhD, an assistant adjunct professor at UCSD.

The creosote bush (Larrea tridentate), is a tough evergreen bush with small waxy leaves, yellow flowers and a distinctive turpentine-like scent. Native Americans in both the United States and Mexico have long used the plant for a variety of ailments, including intestinal complaints. There is also an existing body of scientific work documenting the plant's pharmacologically active compounds, notably nordihydroguaiaretic acid (NDGA). NDGA has antiviral, antibacterial, anti-inflammatory and anticancer properties. The study is the first to show that NDGA and five other compounds also are active against the two pathogenic parasites.

"In our study the creosote natural product, NDGA, proved to be a more potent anti-parasitic agent against N. fowleri compared to miltefosine," LaBarbera said. "Therefore, NDGA may lead to a more effective drug therapy option for N. fowleri infections."

In other studies, NDGA has been shown to be a neuroprotective agent. It protects human monocytes and other cells and tissues through its powerful antitoxicity activity.

The research was funded, in part, by a grant from The ALSAM Foundation and National Institutes of Health.