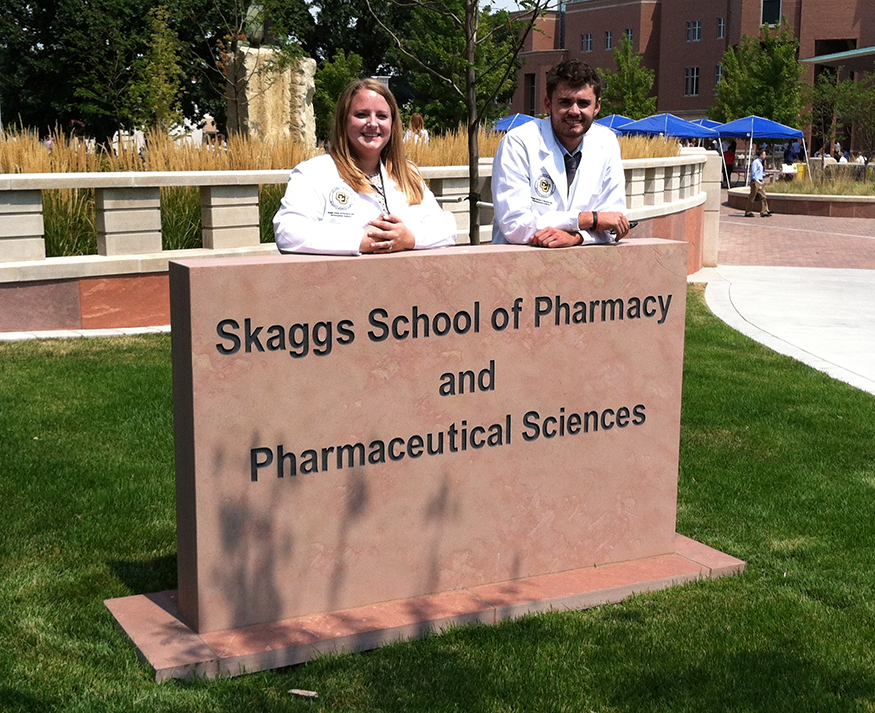 Few people can say that they have attended elementary, junior high, high school and graduate school together and remained friends throughout. But Trevor Juth and Lydia Hebbert can.

The two walked to Sanborn Elementary School together, along with a fellow classmate from their Longmont neighborhood. "Trevor lived closer to school than we did. So, we'd walk right by his house and he'd join us on our trek every day."

Through Longmont High School, Trevor and Lydia ran in the same circles. They hung out in groups together and went to prom with a group of friends. However, according to Juth, "Lydia was a rock star. She was academically the one you knew was going on to do amazing things."

The only time the two separated was when Juth attended Otero Junior College to amass his requirements for graduate school and Hebbert went off to the Colorado School of Mines. As a consequence, they drifted apart, but started talking again their sophomore year and discovered their mutual interest in pharmacy. They took the PCAT (Pharmacy entrance exam), compared scores, applied to CU’s pharmacy school at the same time, did their interviews and received their acceptance letters a week apart.

"It was just like old times," says Juth. The two were back together again. The only difference — Hebbert was married and Juth was dating Krista Levin, a fellow pharmacy student, who was soon to become his fiancée. The couples became and continue to be fast friends. Once they graduate, Juth plans on obtaining a position in retail/community pharmacy, while Hebbert focuses on hospital pharmacy.

Stay tuned for more stories about this year's graduates. We will be highlighting the Class of 2016 in the special graduation edition of Pharmacy Perspectives, our website and the blog site.