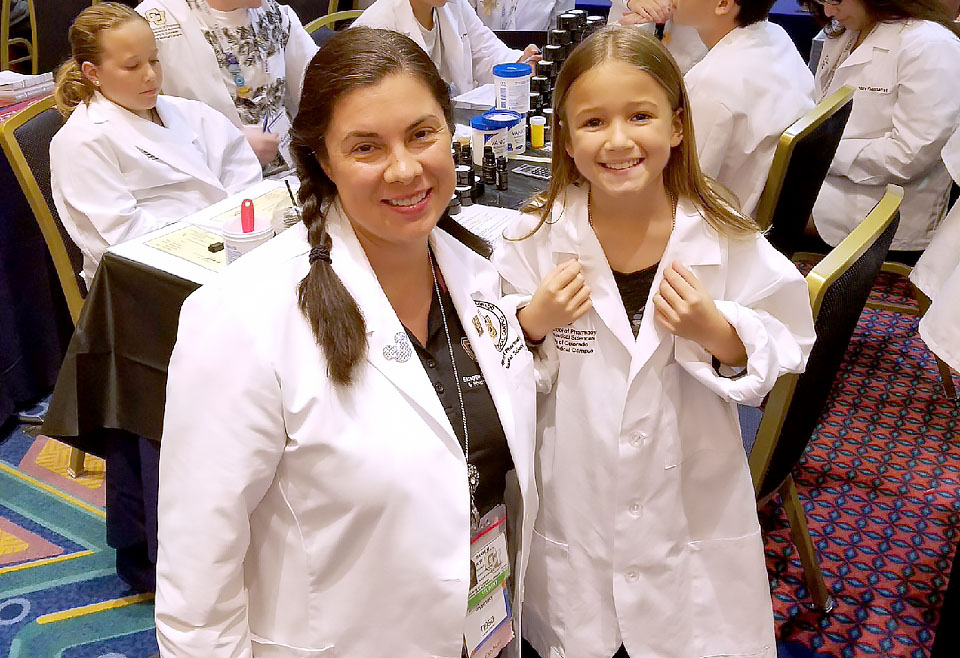 Home News Pharmacy students share their passion with 10,000 high schoolers back to News

For Bergquist, "Informing students on the importance of safe antibiotic use and ways they can prevent resistance from occurring was a very impactful experience."

When the students were not presenting they were assisting with the school's interactive booth along with Drs. Cathy Jarvis and Julia Rawlings, and the marketing team of Dana Brandorff, Jaron Bryant, Carson Haney, and Justin Rowe. The booth allowed students and advisors to test their knowledge, math skills and compounding ability. Serrano, who oversaw the acetaminophen activity where conference attendees were provided with a potential over-dose scenario and were tasked with calculating if the "patient" had taken too much of the over-the-counter medication, was impressed.  She said, "The students were inquisitive. During the acetaminophen activity, a lot of them asked questions about real life over dosing scenarios beyond the numbers.  Many students, even the younger ones, were able to correctly perform the activity without extensive guidance."

Allen is "proud to partner with CU Skaggs School of Pharmacy as we work together creating awareness and engaging our membership in the benefits of considering professions of pharmacy. "

Check out how much fun the kids had during this year's HOSA International. Video provided by ThnkbackILC Video. The video shows great action video from our exhibit space. http://www.thinkback.com/hosa.html