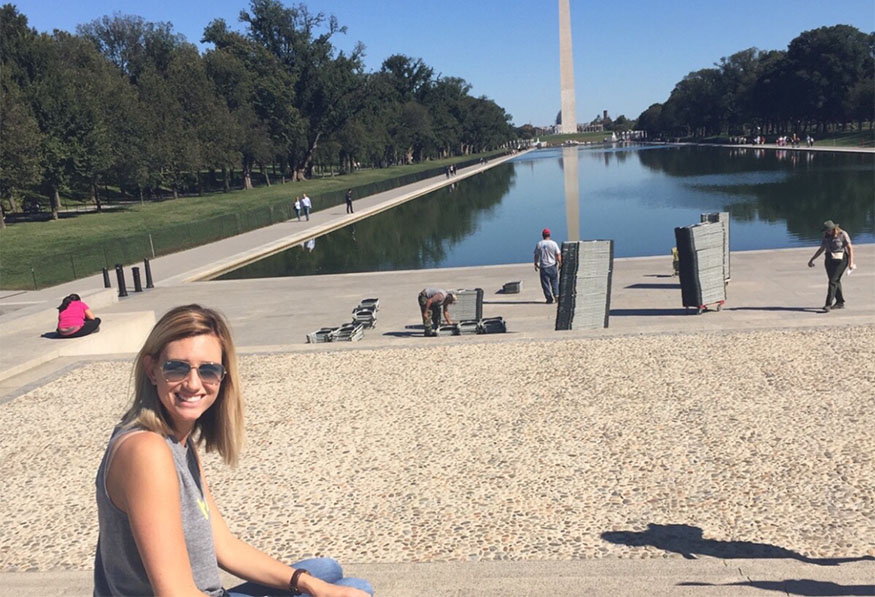 I don’t have one of those stories where I knew since elementary school exactly what I wanted to do for the rest of my life. In fact, I didn’t decide on pharmacy school until I was three years out post-master's. In 2011, I graduated with a degree in toxicology and a plan to work as an environmental scientist. Things changed abruptly when the grant for that position fell through. My faith tells me that when things like that happen, it’s wise to step back and reevaluate. I had a niche degree, 5 years of college and no idea what to do with it….sooo, I traveled.

I signed up to mentor wealthy teenagers who were completing community service in Costa Rica. That summer helped me decide that I never wanted to work with teenagers, and I needed to get a real job. When I returned, a co-worker suggested I think about becoming a pharmacist. It sounded super boring, but at the time, so was my temp job as a billing clerk. I couldn't get the thought of pharmacy out of my head, so I started to do some investigating. I began talking to pharmacists through family friends and looking online about how to even start the process. I decided I better see for myself if it was something I could spend the rest of my life doing, so of course I started on amazon.com. I bought a review book to become a certified pharmacy technician, took the test a month later, and began working as a technician at King Soopers. I found myself really enjoying the work, the patient interaction, and working with my amazing pharmacy manager. She was so smart, confident, beautiful, and a great leader, while also being a mother to twins.

My positive experiences with that pharmacist, our patients and my role at that King Soopers pharmacy inspired me to pursue this vocation.

Starting school at age 25 was quite advantageous. I felt fresh and ready to start a new chapter on the road to a great career. I was very confident that this is what I wanted to do.

I don’t believe in balance. I believe that everyone has seasons in their life. Stressful seasons, peaceful seasons, seasons of doubt, but also seasons of great joy and success.

I am still confident in the path that I have chosen for this season, and I look forward to the doors of opportunity that will open in the near future.

P-3 Bayli Larson is halfway through the pharmacy school program and looking forward to the challenges of the P-3 year. She grew up in Colorado and attended Colorado State University. She chose CU for pharmacy school, because of the location, great reputation, cutting-edge research, and the opportunity to learn with other students in the school's interprofessional education program.

Last October, she attended the annual NCPA convention in Washington, D.C. This year, the conference will be held in New Orleans.