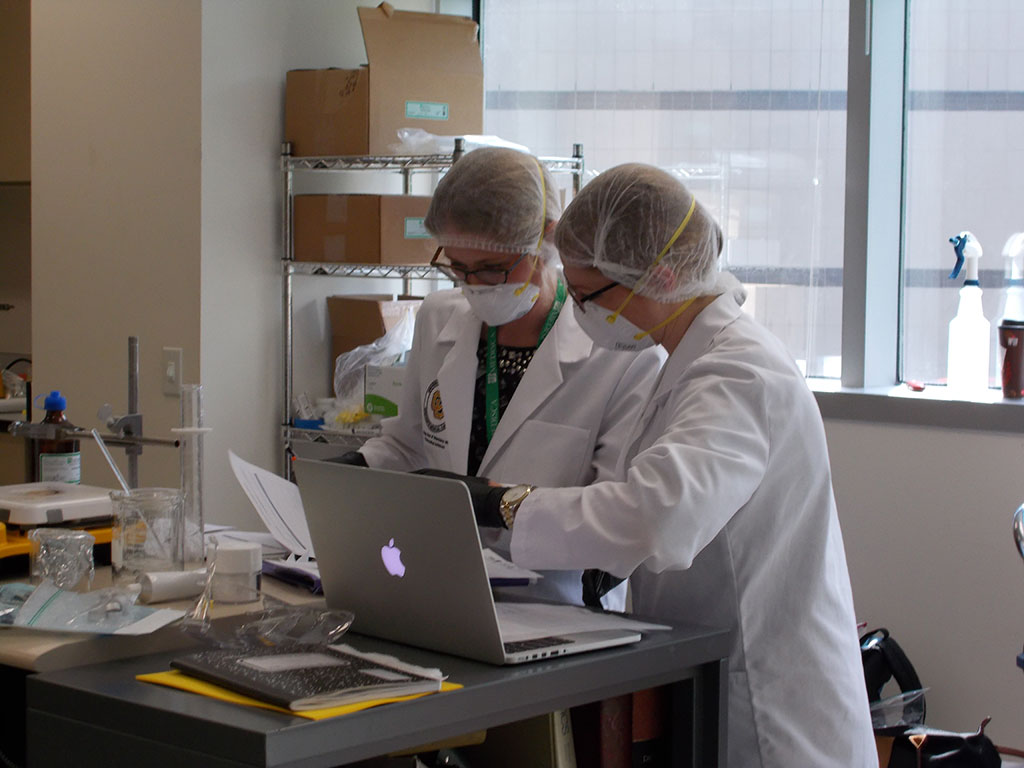 The three-member team represented our school against stiff competition from 19 other schools of pharmacy. It is the second year that our school has participated in this event. Hosted by Medisca (a leader in pharmacy compounding) and the University of Florida College of Pharmacy, the event was held March 21 – 22 in Gainesville, FL. The following are impressions from faculty advisor Dr. Peter Rice, and the students who participated in the event and finished second overall.

Having been in existence for five years, the competition was founded to provide an educational experience for student pharmacists while increasing exposure to the pharmacy compounding industry. According to faculty advisor Dr. Peter Rice, “this event provides an opportunity for our students to test themselves against some of the best compounding schools in the nation. And our team has proven to be up to the challenge.” In 2014, our team brought home a first place finish even though it was our first foray into the competition. In 2015, the team placed second overall. "I am so proud of these students and what they have accomplished."

"It was an honor to represent CU," says Sierra. "It was very intense, but a lot of fun! And we had the chance to learn from industry leaders including USP, NABP, and IACP. It was a great learning experience!"

According to the three students, the competition was split into three parts -- regulatory debate, poster presentation and compounding. So, it was not just about compounding.

"The debate part focused on the new laws around compounding. We had to come up with an opening statement for the debate which took a lot of work; we even spoke with two of our representatives on the state board of pharmacy in Colorado to help us," says Kelsey. "The second part of the competition was making a poster. We had two hours to make a poster on a topic that was provided by the competition. The last portion was making three different compounds in three hours. We were given ingredients, but had to formulate the compounds ourselves."

Adam had a unique perspective as he was on the winning team from the previous year. "Medisca made it a point to make the competition tougher." As an example, the students were given a prescription for a primate along with a bag of fresh grapes -- not something a compounding pharmacist sees every day, but it does show the versatility of the profession! "Our team had to be creative finding a suitable dosage form that would be palatable for the primate while ensuring adherence, and maintaining drug stability."

All agreed that the competition was "really a great experience, and one that we will always remember." Their hope is that their success during the last two years will raise more awareness about the importance of compounding, as well as call attention to and improve this important area of CU's program.