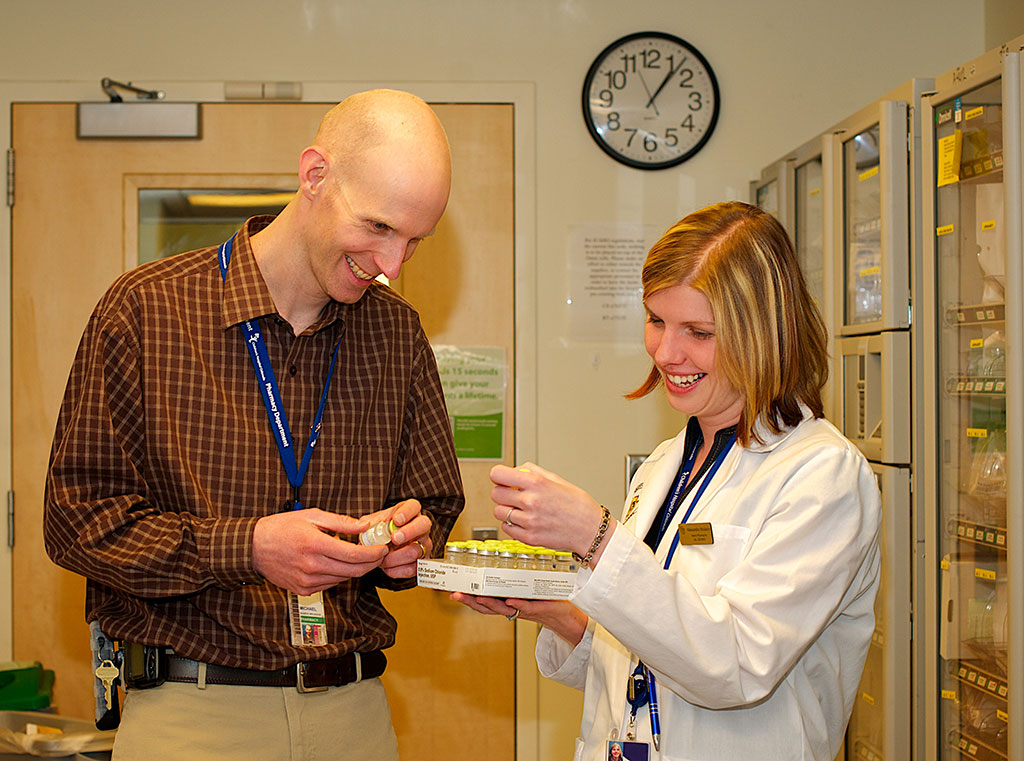 The value of university. Where's the best? New federal data reveal which colleges do most for their graduates' pay-packets. They are not the ones you might expect. Take away: College grads who studied pharmacy have the "safest routes to the upper-middle class in America today."

AS THE deadline looms on November 1st for the first round of college applications, America’s annual admissions hysteria is reaching its peak. It is the first big financial decision young people make, and arguably the most important. The Pew Research Centre finds that employed college graduates aged 25-32 earn 63% more than those with only high-school degrees. But such returns come with ever-greater financial risk: since 1978, tuition fees have risen three times as fast as inflation.

College is still thought to be the best investment in America. But that view is based on broad averages, which obscure the differences among the country’s 7,800 higher-education institutions. Sadly for economists, students are not assigned to colleges randomly, which makes it difficult to determine which schools are worth the cost. Are Harvard graduates rich because they went to Harvard, or would such bright young things have succeeded regardless of where they studied?

This information void has severe consequences. American colleges are churning out more degrees than ever, but their graduates do not seem to have the skills employers want. Since July 2009, growth in job openings has greatly outpaced the increase in new hires, suggesting that firms are struggling to find the right workers. And real hourly wages for recent graduates have actually fallen since 2000, showing that higher education in America today is no cure-all for the pressures of globalisation and automation.

For individuals, uncertainty about the value of specific colleges can be ruinous. Some for-profit institutions spend as much as $100m a year on advertising. Lured by vague claims that are impossible to refute, students at underperforming universities finance their tuition with pricey government loans which, even if they go bust, they still have to pay back.

Barack Obama has tried to crack down on bottom-feeding colleges. In 2013 he unveiled plans to create national ratings and to withhold public funds from institutions that flunked. Universities protested at the reduction of their mission to a single number—as one official told college presidents, “It’s like rating a blender.” The rankings project now appears dormant. However, on September 12th the Department of Education unveiled a “scorecard” website with the data it would have used to produce the ratings, compiled by matching student-loan files to subsequent tax returns.

The new longitudinal numbers have serious flaws. They list salaries only for ten years after students enter college—too short a span to capture a lifelong earnings trajectory, yet too far in the past to give an accurate picture of universities in 2015. They cover only students who got federal financial aid, excluding those from most well-off families. And they do not distinguish people who choose not to work from those who cannot find a job. Yet they still offer precious data for students who want to know which college to go to, and why.

Get thee to a pharmacy

For readers used to rankings dominated by Harvard, Yale and Princeton, sorting the scorecard by median earnings of employed graduates a decade after enrolment may cause mild disorientation. Three institutions are $20,000 a year above the rest of the pack, and few people have heard of them. That is because they train pharmacists: the Massachusetts, St Louis and Albany Colleges of Pharmacy. Many other colleges with unexpectedly high alumni salaries, like the University of the Pacific in California, also offer pharmacy degrees.

The scorecard’s age limit stacks the deck in the pharmacists’ favour: whereas 28-year-old surgeons are poorly paid hospital residents, 28-year-old pharmacists are near their peak earning potential. Nonetheless, filling prescriptions behind a drug-store counter is perhaps the safest route to the upper middle class in America today. Pharmacy schools take nearly all comers—MCPHS, in Boston, accepted 89% of applicants last year—and offer nearly guaranteed six-figure wages within a few years.

Another lucrative, little-known group are the maritime colleges, which train engineers for careers in the navy, shipping and energy. They combine rigorous maths with a militaristic lifestyle and hands-on machine work: at SUNY Maritime in New York, “cadets” spend at least 50 days each summer on a freight ship. The college accepts two-thirds of candidates, yet its alumni on the scorecard earned higher salaries than those of Caltech, which admits just 9%.

After excluding trade and vocational colleges like these, two vaunted names, MIT and Harvard, rise to the top of the earnings rankings. Yet most students who get into such places end up well-paid no matter what. Two economists, Alan Krueger and Stacy Dale, have found that graduates of selective universities do not out-earn those who were accepted by the same colleges but chose a “lesser” institution. To measure a university’s economic value, you need to compare the salaries of its graduates with the wages they might have earned had they studied elsewhere.

That figure cannot be known for sure, but the scorecard makes it possible to produce an estimate. The Economist has built a model that, for each of 1,308 colleges, predicts the median earnings in 2011 of employed former students who applied for federal loans in 2001, based on the characteristics of each institution and its intake. The model both identifies the attributes shared by universities that produce lots of rich graduates, and predicts alumni wages for each college. Actual earnings can then be assessed against this benchmark.

The best predictor of the salaries a college’s graduates will earn is previous academic achievement, as measured by results on the SAT aptitude test. The exam is scaled from 400-1,600, but aggregate scores for colleges range from around 700 to 1,500, because they are averages of hundreds of individual marks. All else being equal, workers who attended an institution with average scores of 1,210, the 90th percentile among colleges, make $11,700 more per year than those from universities in the 10th percentile (920). However, most of the rewards accrue only to tip-top performers. The gap in alumni earnings between colleges in the 99th percentile of SAT scores (1,415) and the 99.9th (1,485) is $4,600 a year, as big as the gap between the first percentile (800) and the 20th (962).

The next-most-important factor is the field of study. For all the hype over STEM (science, technology, engineering and maths), only colleges packed with engineers and computer scientists tend to have unusually rich graduates. Alumni of institutions with lots of majors in maths or physical sciences, and few engineers, do not tend to outperform financially. But universities that are strong in engineering provide similar economic returns to those of pharmacy or maritime colleges. Although many are selective, a handful, such as Capitol Technology University outside Washington, DC, accept a majority of applicants while still delivering top-decile salaries.

The other field of study that boosts salaries is business. Although it is no guarantee of wealth, the more business students a university has, the more money its alumni make. Two Boston-area business colleges stand out: median earnings at Babson, which requires undergraduates to start a company, trailed only MIT and Harvard among non-vocational places, while Bentley boasted the best mark among colleges with SAT scores below 1,150. For students who want a broader curriculum, Villanova, which accepts half its applicants, has mandatory courses on professional development, close ties to big accounting firms and top-tier graduate salaries. “Jobs are what you get for your money at Villanova,” says Patrick Maggitti, the provost.

As for subjects to avoid, aggregate results from colleges do not back up warnings about studying the humanities. Graduates from colleges with lots of majors in English (such as SUNY-Albany in New York) or history (like Hampden-Sydney, in Virginia) do not earn anomalously low salaries. However, religious and art schools dominate the bottom rungs of the earnings table. Although a handful offer good value—the Otis College of Art and Design in Los Angeles, for example, feeds graduates to toy companies, fashion brands and film studios—borrowing money to attend Bible or art institutions is usually a bad idea.

The same caveat applies to elite liberal-arts colleges (LACs), known for their focus on teaching undergraduates, whose alumni make less money than those of similarly highly rated research universities. This pattern may not stem from employer bias against graduates of LACs, but rather from the aversion of those graduates to Wall Street: the Princeton Review’s top-20 lists for political leftism and “reefer madness”, a who’s-who of economic underperformers, are filled with LACs. At Warren Wilson College in North Carolina, for example, students run a farm and garden, and flock to majors in environmental science and creative writing; its median earnings are just $25,500. Then again, even students who were set on Goldman Sachs at 18 might opt for the Peace Corps after spending four years absorbing the works of Karl Marx and Bob Marley at a LAC.

You might expect graduating students to migrate towards the best job opportunities. However, the data show that where undergraduates study matters as much as what they study. Both the state a college sits in, and its nearest city, are relevant: the former reflects the area to which alumni can easily move, and the latter the strength of a university’s ties with local employers. The importance of place is hard to overstate: moving a college from rural Mississippi to San Francisco would increase its graduates’ expected earnings by $14,800.

Demography makes up most of the remainder of the model. Predictably, colleges with more men and students with rich parents tend to have higher alumni wages. Less intuitively, Catholic colleges do better than average, and Protestant ones worse— a reversal of Max Weber’s thesis about the “Protestant ethic” underlying the “spirit of capitalism”. And in a reflection of America’s rainbow future, graduates of diverse research universities—those with an even split of higher- (white and Asian-American) and lower-earning racial groups— tend to outperform both black colleges and lily-white ones. Mixing with many races appears to be good for the wallet.

Just give me the damn rankings

Read the entire article and peruse the numbers.