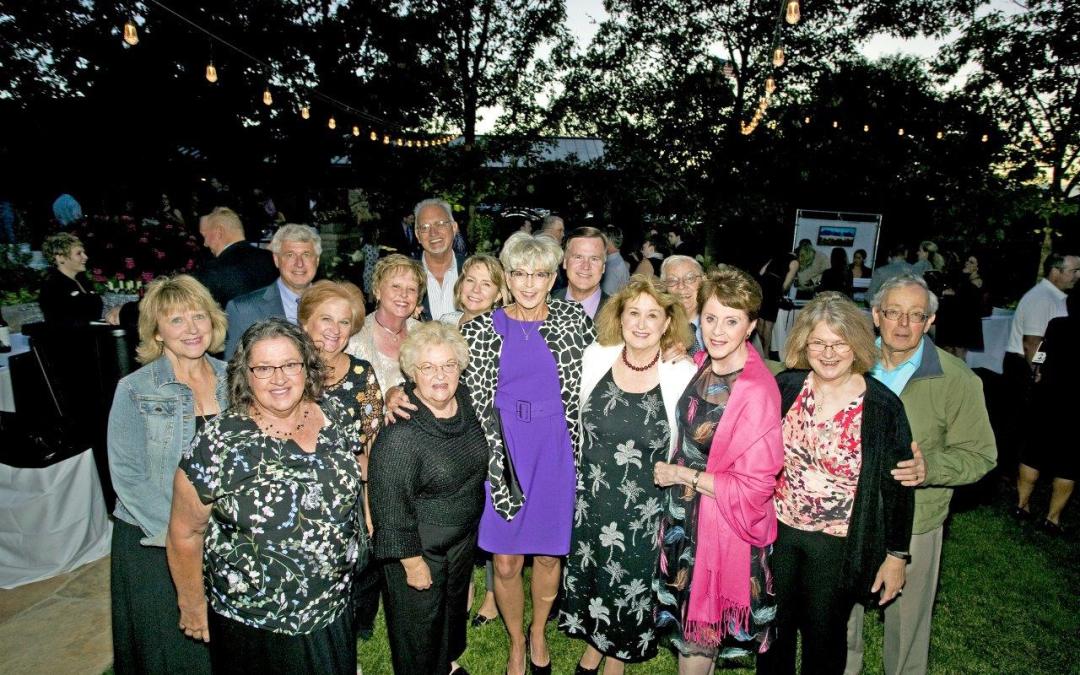 Home News Do I Wait? Do I Not? back to News

After 8 years of serving as the Mayor of the city of Centennial, Cathy Noon was ready for a vacation. A shocking diagnosis of late-stage pancreatic cancer turned her plans of rest and relaxation upside down. Now, Cathy’s care team at the University of Colorado Cancer Center is giving her what she desires most – time.

In late April of 2018 Cathy went for her annual well woman visit and blood panel. The blood work was nothing new – she went in about every three months due to medication she takes for her Crohn’s disease. So, when she got the results back that her liver enzymes were exponentially higher than what is considered normal, she knew this was anything but routine.

“My enzyme levels were off the charts.” says Cathy. “It was a huge red flag because just three months before I had another blood panel that came back normal.”

The reason for the unbelievably high levels? Cathy would soon find out that a tumor in her pancreas was blocking the ducts to her liver, causing it to store bile.

“An MRI found that a tumor had grown so large that it was blocking my liver ducts, which explained the off-the-chart levels,” says Cathy. “After the scan my primary care doctor told me he believed it could be pancreatic cancer and immediately referred me to the CU Cancer Center.”

Like the majority of patients with pancreatic cancer, Cathy had no other symptoms.

“I was absolutely stunned. Pancreatic cancer doesn’t run in my family. I have never smoked, I live a healthy and active lifestyle,” she says. “Cancer never once crossed my mind.”

The next couple of weeks were a blur for Cathy and her family. More blood work, scopes, scans and meeting with doctors. Initially, it was thought she had early-stage pancreatic cancer. It would be months before she would find out it was actually Stage 3 as it had spread to six lymph nodes.

“We decided to go to the multidisciplinary clinic, which was such a surprisingly comforting experience,” she says. “There were probably 30 to 40 different people in different specialties looking at my charts and collaborating to decide what the best treatment for me would be. I had a lot of people ask me if I had gotten a second opinion. It was nice to say I had gotten 30.”

The size and location of Cathy’s tumor made her ineligible for surgery and she was started on an intensive chemotherapy regimen. After four of months of chemo and radiation treatment, the tumor had decreased in size enough to go through with the Whipple Surgery.

“My surgeon, Dr. Marco Del Chiaro, is amazing! He was with me every step of the way before and after my surgery,” Cathy says.

After the surgery Cathy started another bout of chemotherapy. After enduring horrible side-effects, she made the difficult decision to stop taking one of the medications.

“It was so hard for me because on the one hand this regimen is considered the best chance for a cure but on the other hand the side-effects were not only miserable but life-threatening” she explains. “It was a very dark place to be.”

In March of 2019, Cathy finished her treatment plan. Now, she finds herself in a nearly impossible predicament.

Cathy is not cancer free. “After my surgery a scan showed that I have lung nodules. Luckily, they seem to be slow growing. Unluckily, I need them to grow,” she says. She is hoping to eventually go on a clinical trial instead of going through chemotherapy again. There are currently clinical trials that she may be eligible for except for one problem – the nodules in her lungs need to be big enough to biopsy before she can enroll.

“I am in a hard spot. My CA19-9 blood test (pancreatic cancer marker) has continued to rise since my surgery, which indicates something is going on. But the nodules are still small, which means that I cannot biopsy a sample to apply for a trial,” Cathy explains. “My care team and I feel that going on a trial would be more productive for me, however I will start treatment again if I need to.”

While Cathy is waiting, she is also planning.

“When I was finishing my term as mayor, I couldn’t wait to get to planning vacations and having some fun. Pancreatic cancer put a dent in those plans,” says Cathy. “Now, I am in a spot where I feel like I can cautiously start planning things – my family and I are going to Disney World in March. I am hoping to be there. It helps to have something to look forward to.”

Cathy is currently being seen by her oncologist, Dr. Wells Messersmith, MD, Associate Director of Translational Research at the CU Cancer Center every two months for monitoring.