Comedian Kathy Griffin, 60, shared the news with the world Monday via Twitter: She was about to undergo surgery for stage I lung cancer.

“Yes, I have lung cancer even though I’ve never smoked!” she wrote in the post. “The doctors are very optimistic as it is stage one and contained to my left lung. Hopefully no chemo or radiation after this and I should have normal function with my breathing. I should be up and running around as usual in a month or less.”

CU Cancer Center member Robert Meguid, MD, MPH, associate professor of cardiothoracic surgery at the University of Colorado School of Medicine, says cases like Griffin’s are somewhat rare, but that lung cancer among nonsmokers — defined as people who have smoked fewer than 100 cigarettes in their lifetime — still makes up around 20% of all lung cancer.

We sat down with Meguid to talk more about Griffin’s case and what other patients should know about lung cancer.

Q: Griffin was fortunate that her cancer was caught at an early stage during a routine screening for an unrelated condition. Are there any symptoms of early-stage lung cancer, particularly in nonsmokers?

A: There are symptoms in some patients — typically it’s a cough that doesn’t get better over time or go away, or, very rarely, coughing up blood. It’s frustrating, though, because low-stage lung cancer, in smokers and nonsmokers, usually has few or no symptoms. We rely on the detection of early-stage lung cancer through screening protocols that are specifically for someone who has a smoking history. It’s such a low incidence in never-smokers in general that we don’t have a protocol for screening them. Lung cancer is typically identified in never smokers incidentally on a chest X-ray or CT scan in the ER because of a car accident or for some other reason.

Q: Do you know what causes lung cancer in never-smokers?

Q: Griffin mentioned in an interview that she had a needle biopsy after doctors saw a mass on her lung in a scan. Is that the typical test for lung cancer?

A: Yes. We like to confirm the suspicion of lung cancer with a tissue biopsy and also obtain tissue to do additional testing on the tumor to not only determine what type of tumor it is, but to determine if there’s a genetic mutation which makes it treatable with different types of chemotherapy, immunotherapy, or targeted therapy agents. Many lung cancer patients who are never-smokers have a mutation in the cancer cells which makes it amenable to treatment with a targeted therapy agent or an immunotherapy agent. Those are nontraditional chemotherapies that are typically a pill taken at home. The data on outcomes for those patients treated with targeted therapy or immunotherapy, either alone or in conjunction with traditional chemotherapy, show an improvement in survival. So that’s really good news for never-smokers with lung cancer.

Q: Griffin had surgery for her stage I lung cancer — she described it as “having half of my lung surgically removed.” Is that a better or worse option than the targeted therapy given to people with the specific genetic mutation?

A: Most people who are detected early don’t need chemotherapy or radiation therapy. Typically, surgical resection of the area of the lung with the nodule, plus the lymph nodes around it, is the standard of care for management. That gives us the best chance of removing the tumor and minimizing the likelihood of recurrence. From her description, Kathy Griffin probably had a lobectomy. Typically in low-stage lung cancer, when we’re treating it with surgery, we treat it with either a lobectomy, which is taking out one of the five lobes of the lung, or if it’s small enough and appropriately located, with a segmentectomy, which is less than a lobe of the lung but it’s still an anatomic unit of the lung. The aim of the lobectomy or segmentectomy is to not only take out the tumor, plus an area of normal tissue around it, but to be able to check lymph nodes adjacent to the tumor to make sure it hasn’t spread to those.

Q: What is the recovery like for that surgery? Does it result in reduced lung function?

A: Typically with a minimally invasive lung cancer resection, the recovery is a two- to five-day hospital stay. Then it takes a couple of weeks until patients are off of pain medication, and a total of six weeks from surgery until they are back to baseline. It reduces the lung function typically by somewhere between 5% and 25% of the total lung function, depending on which lobe or lung segment is removed.

Q: Are there any specific programs at CU Cancer Center’s clinical partner UCHealth University of Colorado Hospital to help patients who have lung cancer or need to get screened for it?

A: We have the Pulmonary Nodule Clinic at UCHealth, where pulmonologists provide diagnosis and treatment for lung nodules, and the UCHealth Lung Cancer Clinic/Thoracic Multidisciplinary Clinic provides multidisciplinary care for patients diagnosed with lung cancer at any stage. 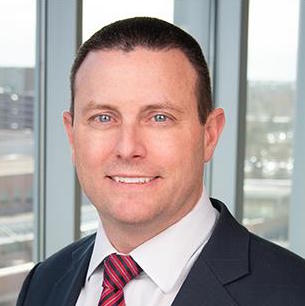