CU Cancer Center member Neil Box, PhD, is on a quest to decrease the deadly effects of melanoma. 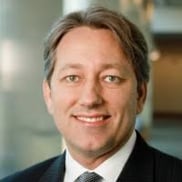 His Sun Bus is a fixture at many of Colorado’s biggest summer festivals, offering free skin cancer screenings and education, sun-safety products such as hats, shirts, and sunscreen, and cutting-edge technology that measures hidden sun damage. And thanks to a new grant from the Prevent Cancer Foundation, Box — an associate professor of dermatology in the University of Colorado School of Medicine — will conduct new research on the causes and predictors of the deadly skin cancer.

“We know that sun exposure creates risks of melanoma, but it’s really hard to get at someone’s history of sun exposure because melanoma patients have recall bias,” Box says. “They over-remember the number of sunburns or excessive sun exposures they’ve had in the past because they get the shock of a melanoma diagnosis and they unintentionally misreport. Melanoma is such a big deal that it makes patients say, ‘I must have had heaps of sun exposure when I was a kid, because I got melanoma.’”

To get more accurate data, Box worked with Lori Crane, PhD, MPH, in the CU School of Public Health to conduct a longstanding, longitudinal study of mole development in kids. The researchers followed a group of 1,150 young people over more than 10 years to see how sun exposure contributed to mole development, and therefore, risk of melanoma.

“Moles may be a biomarker for risk in later life,” Box says. “If you have a lot of moles, you have a much higher risk of melanoma. High childhood sun exposures induce the highest levels of moles in children.”

With the grant from the Prevent Cancer Foundation, Box, Crane, and their collaborators will do further follow-up work with the study participants to determine the results of their early sun exposure. Using a specialized camera that shines polarized wavelengths of light on the face to reveal hidden sun damage, as well as a process called skin surface microtopography, in which researchers take a silicone cast of the back of the hand to investigate the presence of lines and pores, they hope to develop even more sophisticated measures of sun damage.

“It will be important in looking at some new measures of sun damage on the skin,” Box says. “We can start to understand the relationship between number of sunburns and sun damage as it appears on the skin, and by understanding that we’ll be another step closer to actually using sun damage measures in melanoma studies directly.”

Currently, Box says, melanoma prevention and screening is based on generic sun safety recommendations, with additional cautions for those with fair or red hair color, fair skin color or freckling; those who report a history of excessive sun exposure; and patients with a history of melanoma. In his new study, he plans to explore how certain genetic markers and quantifiable sun damage measures can also be used as tools to evaluate risk of the disease.