The diagnosis came as a shock. Although, looking back, Bill Mordecai says it shouldn’t have been.

Bill grew up in Savannah, Georgia. He got married in his mid-20s, had two sons, and led the sales and marketing division of a large manufacturing company headquartered in Ohio for a number of years. He and his wife, Gretchen, had retired to Chapel Hill, North Carolina, a couple of years before he was diagnosed with metastatic prostate cancer in early 2018.

Despite telling his primary care physician at the time that his father had been diagnosed with prostate cancer, Bill’s doctor didn’t take proactive measures to monitor the health of his prostate. He had declined to perform regular prostate-specific antigen (PSA) tests, citing the risk of a false-positive result.

The American Cancer Society recommends that men talk with their primary care provider about whether being screened with a PSA test is right for them. These conversations could start as early as 40 depending on a man’s risk and family history. On top of a PSA test, many doctors also recommend a digital rectal exam (DRE). If the PSA result comes back abnormal, a prostate biopsy may be recommended in order to assess the presence of prostate cancer.

At Gretchen’s behest, Bill changed doctors. During their first visit together, Bill’s new primary care physician at University of North Carolina (UNC) Medical Center was immediately concerned by his physical exam and insisted Bill get a PSA test.

“He said ‘I think you might have a problem.’” Bill says. When the numbers on the PSA test came back, they were dramatically elevated.

Bill’s new primary care doctor referred him to a urologist, who took a biopsy and confirmed Bill’s fears: he had prostate cancer. Further lab work and imaging scans revealed that the cancer had spread to Bill’s lymph nodes and hip.

Bill began treatment at UNC Medical Center, which consisted of 30 sessions of external beam radiation therapy, including two CyberKnife treatments targeting the spot on his hip, as well as brachytherapy, a form of internal radiation therapy in which radioactive pellets — each about the size of a grain of rice — are placed directly inside the prostate.

Soon after 68-year-old Bill’s radiation treatments were complete, one of his sons called with more medical news: his wife was pregnant! Bill and Gretchen were ecstatic to welcome their first grandchild, and even though they loved North Carolina, they began making plans to move to Colorado to be closer to him, his wife (their daughter-in-law), and their future grandchild. 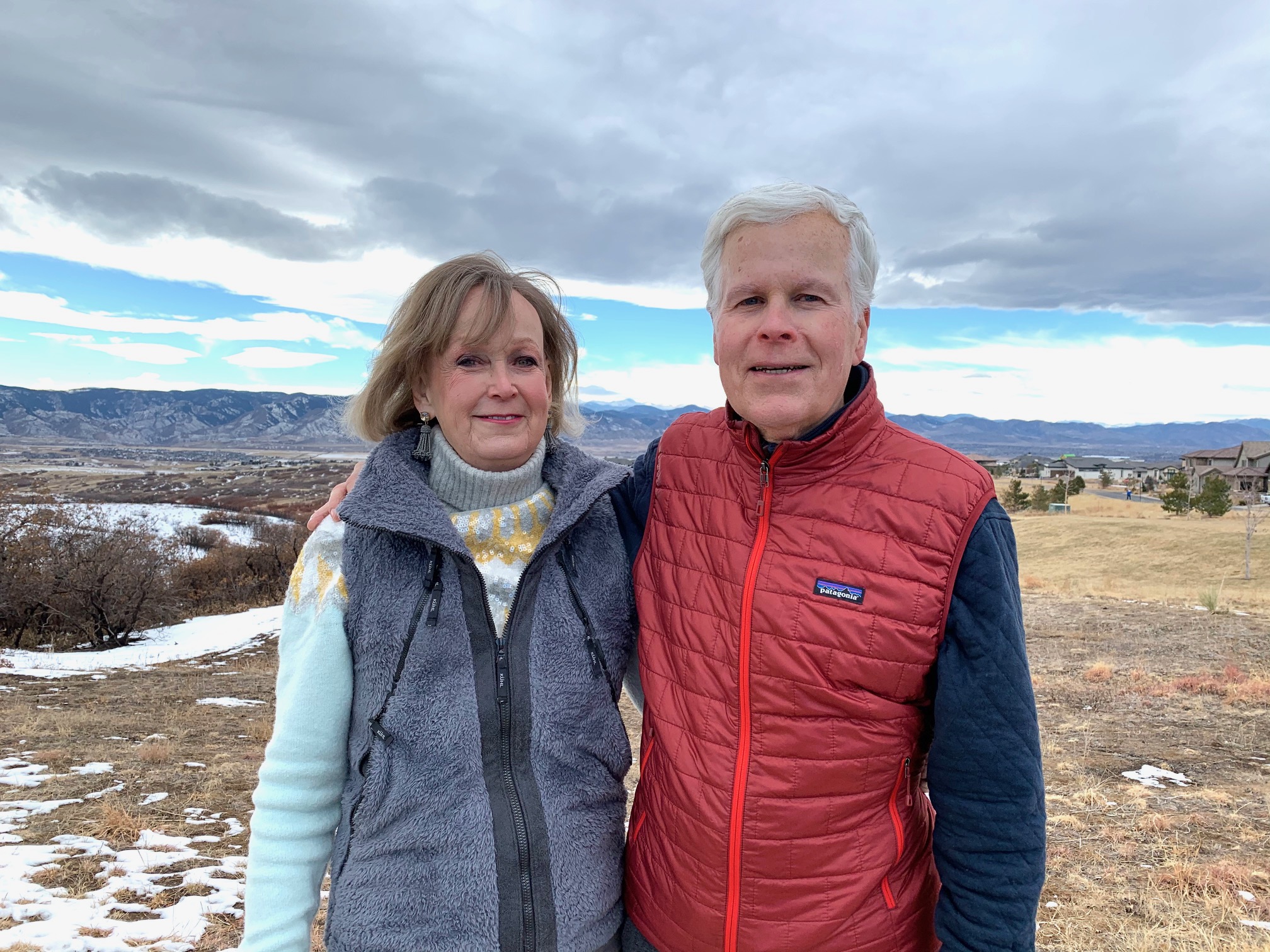 Bill Mordecai and his wife, Gretchen.

Although he was excited about the move itself, Bill was concerned about leaving his care team at UNC. His treatment was going well, and he got along with and trusted his doctors. But when he met with his oncologist to tell him that he was moving to Colorado, Bill says his doctor laughed.

“We had an excellent relationship, but he’s a very serious guy — I’d never seen him laugh before that,” Bill says. “Then he said, ‘You won’t believe who I was just talking to.’”

It turned out that Bill’s doctor at UNC had just gotten off the phone with one of his colleagues at the University of Colorado School of Medicine — Thomas Flaig, MD. Now the vice chancellor of research for the CU Denver and CU Anschutz Medical Campus, Flaig, a CU Cancer Center member, was then the chief clinical research officer of UCHealth University of Colorado Hospital and associate dean for clinical research at the CU School of Medicine.

“Transition of care is always a little complicated, but the treatment plan that Bill had started on at UNC was very similar to what we would recommend here, so we weren’t suddenly suggesting a lot of changes for somebody who had already made a big move and was having to meet an entirely new care team,” Kessler says.

“I’ve been very pleased with Dr. Kessler, Eryn Callihan, PA-C, MPH, and everyone at UCHealth,” Bill says. “I was really nervous moving out here since my treatment had been going well at UNC, but it was a seamless transition. From the first visit with Dr. Kessler, I felt very comfortable. The way I look at it, I went from a 10 to a 10!”

For his ongoing treatment, Bill takes a daily dose of a drug called abiraterone acetate and gets injections of another drug called Lupron every three months.

“The backbone of prostate cancer therapy is what we call androgen deprivation therapy, which are medications that alter the amount of testosterone that’s being produced and is available to the tumor cells,” Kessler explains. “In many cases, we continue those medications long term. Sometimes the cancer will figure out how to grow despite that low testosterone level, but luckily Bill’s cancer has remained really responsive to treatment thus far.” He also gets blood work done about every six to eight weeks to monitor his PSA, kidney, and liver function (which can be negatively affected by his hormone treatments), and various hormone levels.

In addition to his radiation and drug treatments, Bill attributes much of his current state of health to diet and exercise. After receiving his diagnosis at UNC, he researched nutrition and its effect on cancer. His findings prompted him to make “major changes” to his lifestyle, starting with his diet. He cut back dramatically on refined sugar and eliminated all meat and dairy (though he still eats fish and other seafood). After a virtual session with a UCHealth dietitian specializing in cancer care, Bill also added flax and chia seeds to his diet, along with pomegranates and pomegranate juice.

He also started exercising more — primarily hiking, trail running, and weight training — after he recovered from his initial radiation treatments. 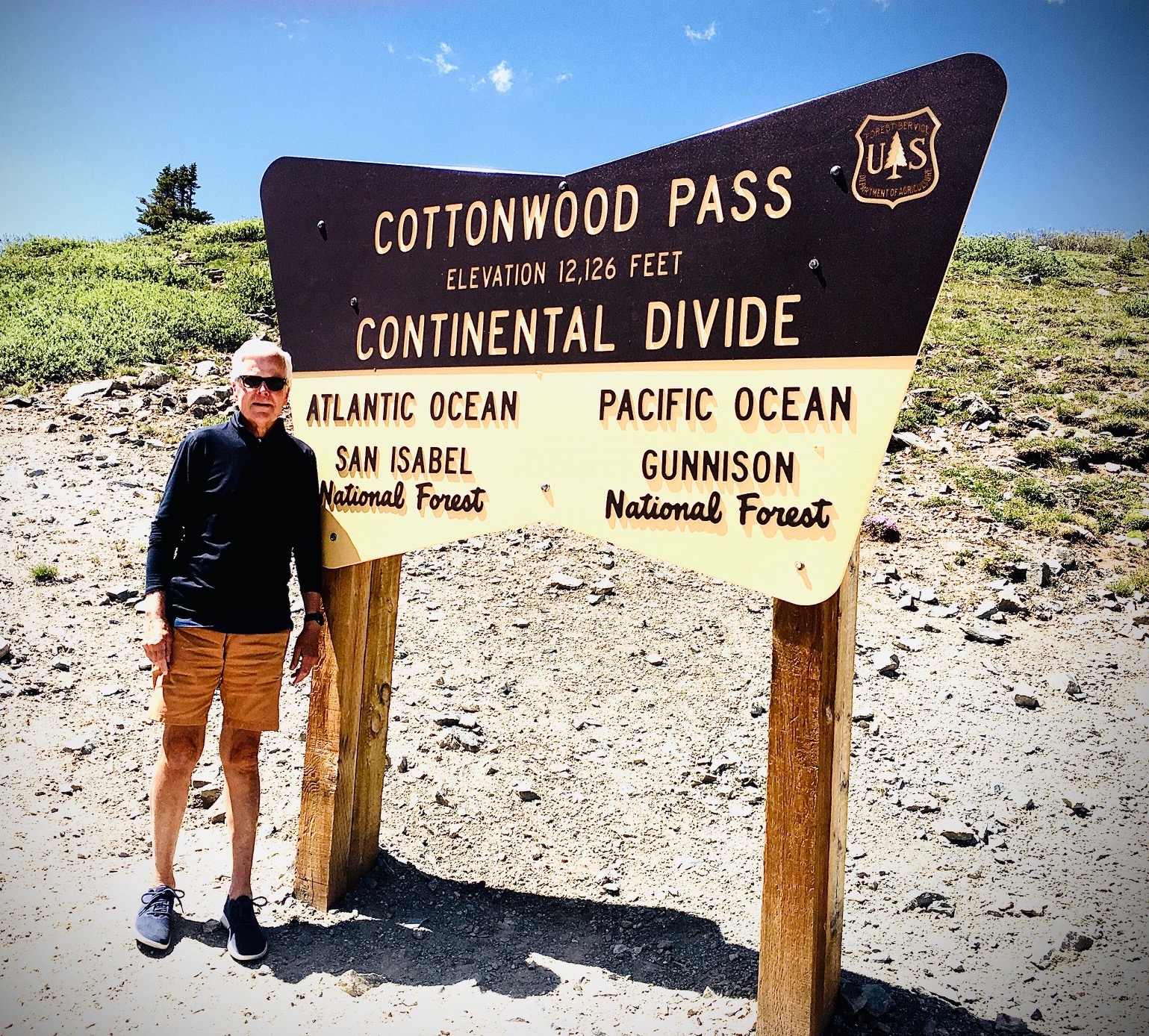 Bill hiking Cottonwood Pass in the Rocky Mountains of Colorado.

“The side effects of low testosterone levels, which is what we need to keep the cancer from growing, can include loss of muscle mass and bone density, weight gain, and increased blood pressure and cholesterol levels — all things we’re trying to avoid,” Kessler says. “So we emphasize the importance of staying active and eating a moderate, balanced diet, both to try to minimize the side effects of the treatment, but also because there’s emerging evidence that those things may have anti-cancer effects as well.”

The lifestyle changes certainly seem to be having a positive effect on Bill.

“It’s been almost three and a half years since the diagnosis, and I feel great,” he says, adding that his only symptoms at the moment are occasional night sweats and some slight pain in his hip after a strenuous hike or run.

Encouraging others for early diagnosis

Bill says that since his diagnosis, he’s had more than a few frank conversations with friends and family members. It turns out that not only his father but also his grandfather and his uncle had prostate cancer. And two of his three male cousins were also diagnosed with the disease around the same time as Bill. This knowledge has led him to advise other men, particularly those with a family history of the disease, to be vigilant.

“I’ve talked to a lot of friends who haven’t had a PSA test or a digital rectal exam, and I’ve told them they need to get with their doctor and talk about it. Be proactive. Because getting it before it spreads — that’s the key.”

And he’s especially insistent when it comes to his own kids. “My sons know about our family history, and even though they’re only in their 30s now, they know they’ll need to start getting checked for it.”

But Bill’s prostate cancer activism doesn’t stop at friends and family. He’s also given philanthropic support to the CU Cancer Center, with donations earmarked for prostate cancer research as well as for cancer patients with financial needs, such as transportation, meals, prescription co-pays, and accommodations for those traveling from out of town for treatment at UCHealth.

He also hopes that the simple act of sharing his story will make a difference.

“If just one person sees this and thinks, ‘You know, I’d better have my prostate checked or have my PSA tested,’ I’ll be happy,” he says.