University of Colorado (CU) Cancer Center member Tejas Patil, MD, is one of three researchers to receive a combined $1 million grant from the Hamoui Foundation and LUNGevity Foundation to study RET-positive lung cancer.

RET is a driver mutation found in approximately 1%–2% of people with non-small cell lung cancer. Patients diagnosed with RET-positive lung cancer typically are put on therapies that target the RET mutation, but a portion of those patients develop resistance to the targeted therapies. Patil’s research is looking at how that resistance occurs and how two other pathways, known as the EGFR and MET signaling pathways, play a role.

“What is happening is that the cancer cells are evolving escape mechanisms to survive in this environment,” says Patil, assistant professor of medical oncology at the University of Colorado School of Medicine. “It's sort of this evolutionary arms race where in order to adapt to this new environment, cancer cells start to look at exploiting other pathways to survive.”

Patil will lead a multisite study to evaluate the role of the medication amivantamab —a bi-specific antibody that specifically targets both EGFR and MET — in RET-positive lung cancer patients whose cancer develops resistance to targeted therapy. Amivantamab is already FDA-approved to treat a different type of lung cancer mutation, and Patil is hopeful it will be effective in the RET setting as well.

“What's interesting about this drug is it blocks both EGFR and MET, which are the very pathways we're interested in looking at in this population as potential ways that the cancer is escaping the effects of the RET-targeted treatment,” he says. “If we combine a RET treatment with this antibody, will that actually affect outcomes? That's what we're trying to answer with this clinical trial.”

The five-year trial, set to open this year, will measure patients at three different time points: before they begin treatment, after they have developed resistance to targeted therapy, and after they have been treated with amivantamab.

“If they develop resistance to their first-line targeted treatment, if there's any signal that suggests that EGFR or MET seem to be involved, then this combination makes sense,” Patil says. “If something else seems to be going on — if they have a different pathway or have some different mutation — then this might not be the optimal treatment. It's getting at really dissecting how these patients are developing resistance, and then very appropriately selecting patients for the right combination.”

Receiving the funds from the Hamoui Foundation and LUNGevity Foundation was very meaningful, Patil says, not just for research on RET-positive lung cancer, but because researchers believe that other cancers use the EGFR and MET pathways as means of resistance as well. It’s another question his research is designed to answer.

“If what we suspect is true, that cancers are using these EGFR and MET pathways to develop resistance, then it has implications for how we think about resistance for patients outside of just RET,” he says. “It's exciting for LUNGevity to fund this, because I think it has a broad reach.”

If the research confirms his hypothesis, Patil says, the study will be a game-changer in how doctors treat RET-positive lung cancer patients who develop resistance to targeted therapy.

“It offers patients the opportunity to have another line of therapy, if they were to progress on their initial targeted treatment,” he says. “For RET-positive patients, when they progress on their targeted treatment, which is a first-line therapy, there really aren't many options outside of chemotherapy. This potentially offers a non-chemotherapy alternative, were this to be a viable trial.” 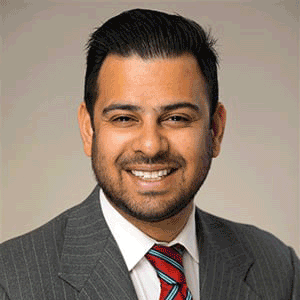